This year’s World Whisky Masters has highlighted that global progress is not resigned to North America.

Let’s be honest, Scotch is widely held as the ultimate aspirational category in whisky. Its rich heritage, regulated high standards of production and – occasionally – inflated price point, makes it the most highly regarded whisky on the planet.

But while Scotch’s reputation undoubtedly precedes itself, there are pockets of producers in the far corners of the earth creating remarkable whiskies that are also worthy of such high esteem — they just haven’t been recognised as universally yet.

Connoisseurs are likely to have sampled a whole range of niche whiskies from the unlikeliest of locations, but with global demand for the entire category rising faster than producers can keep up with, these little known gems are slowly, but surely, coming to the fore on the international stage.

The big three still lead the pack: Irish whiskey exports are up 10.1% globally (IWSR), ahead of Bourbon and Tennessee whiskey at 6.8% (Discus) and Scotch exports at 3% (SWA), but the race is on, as the results of our 2014 World Whisky Masters highlight. The rest of the world is catching up, with some standout examples of exceptional quality whisky from the likes of Asia, Europe and Australasia taking centre stage in this year’s blind tasting competition.

It must be noted that some regions, such as Japan, are not featured as part of these results, either because no brands were represented, or they failed to win a medal.

Judged ahead of the Irish Whiskey Masters at The Fable in London, the World Whisky Masters was led by myself as chair, with support from the palates and wealthy experience of Joel Harrison and Neil Ridley of Caskstrength, Toby Quirk, freelance brand ambassador, Charles Montanaro, group manager for 5cc and Adam McCullogh, bar manager of The Cadogan Arms.

The day kicked off with a high standard, with a selection of Bourbon and more innovative American whiskeys. This year’s selection was the largest the Spirits Masters has ever seen — perhaps a reflection of the growing global interest in the sector.

Beginning with the youthful Bourbons, aged six years and under, our judges were suitably impressed by the entries’ classic flavour profile. “There were two very distinct entries both exuding what you’d expect to find in a Bourbon of less than six years old,” said Ridley, describing both as displaying “zestiness, feistiness and lots of oak”. A Gold medal was awarded to Breckenridge Distillery’s Bourbon, while a Silver was given to Hudson Baby Bourbon. 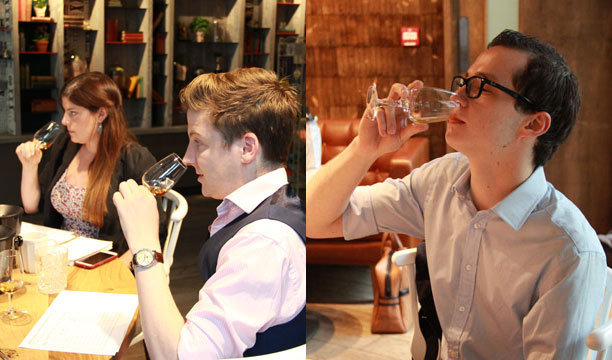 While younger Bourbon usually tends to have a more palatable, less woody and tannic flavour, the next age bracket along blew the judges away. Two entries here – both from Beam Suntory’s Knob Creek – scored Master medals for their “depth, sweetness and oakiness”. Harrison observed: “The extra ageing rounded off some of the spirituous notes we saw in the previous round, and also added an extra level of depth.”

Of course the majority of Bourbons available don’t carry an age statement, so their producers aren‘t tied to using liquid of a certain age. The practice doesn’t necessarily mean the whiskey itself is of a lesser quality, as our judges found in the Bourbon NAS round. A Gold was awarded to Texas distillery Balcones’ Bourbon, which was described by 5cc’s Montanaro as a “very pleasant sipping Bourbon,” that is “very rum-esque”.

As a protected GI category, Bourbon is restricted to a set of binding production methods; unlike American whiskey where pretty much anything goes. Every man and his dog seems to be opening a “craft” whiskey distillery in the US right now, each purporting to either follow a traditional family recipe or break the boundaries of what whiskey could previously achieve through innovative distillation and maturation techniques.

The variety of entries in the American Whiskey NAS category was testament to this, even though all four medal winners were from Balcones Distillery. The stand-out among the quartet was Balcones Texas No.1 Single Malt, a whiskey recognised time and again for its rich, complex flavour. Perhaps the two most innovative winning medals however were Balcones Single Malt French Oak Finish, which had a slight nuttiness to it, and the Marmite (love it or hate it) Balcones Brimstone, with its meaty, smoky and rubber notes.

ETM’s McCullogh noted the range was “very interesting,” and demonstrated “the many things distillers are doing with whisky. Some worked really well while others haven’t, but overall we gave a nice range of medals to the category”. 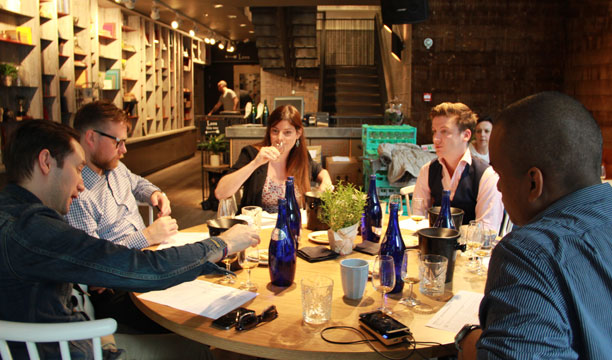 Coming to the end of the American set, the judges were delighted to stumble upon a number of sublime rye whiskeys displaying complexity, depth and not too much spiciness. Two Master medals were awarded to Knob Creek Rye and Hudson Manhattan Rye. “These are two shining examples of why rye is an upwardly mobile category in the spirit world with unique notes no other category can master,” enthused Ridley. “I hope to see a lot more next year.”

One final flavoured whiskey – a swiftly burgeoning category in the States – finished off the entries from the US. Knob Creek Smoked Maple, which the judges agreed was not as overtly sweet as expected, was awarded a Silver medal.

Before shifting continent, our panel reached north into Canada for a few entries that sadly left them disillusioned. “Canada is behind everywhere else in terms of quality,” lamented Ridley of the category’s timid characteristics. “It’s sticking to the same style, but that said, many of them are made to mix.” Just one medal was awarded here, to Canadian Club 12 Year Old.

From one continent to another, we skipped across the North Pacific Ocean to Asia and Australasia, regions not typically known for producing whisky on an international level.

Firstly to Asia, where four entries from John Distilleries gained three Masters and a Gold for two lighter styles and two peated. Quirk noted: “It’s refreshing to see other areas of Asia taking the focus away from Japan by competing at a serious level with a variety of styles.” Ridley went on to add that “this is proof that producers of international whisky are definitely narrowing the gap on Scotch for single malt”.

In Australia – Tasmania to be exact – a region developing its own reputation as a forerunner in quality whisky production, produced three entries that stood out as being competitive on the world stage. The judges were impressed by the whiskies from Hellyers Road Distillery, which were “well constructed” and fruity, while an Ultra-Premium entry from Overeem was also described as “well balanced and accessible”.

When it came to European whiskies, our judges felt there was still some way to go to compete against the likes of Scotch, who dominate the single malt category. Two entries from German distillery Ziegler gained a Gold and Silver medal, while Welsh distillery Penderyn attracted a Silver medal for its Madeira cask single malt.

While Scotland is beginning to build the single grain category en masse, a Burgundy cask-finished entry from Filliers in Belgium proved that the Scots aren’t the only ones capable of putting their stamp on the category. “I’m loving the trend of single grain coming out,” said Quirk.

Usually The World Whisky Masters includes products hailing from America, Canada, Japan, and any other region aside from Ireland and Scotland. However this year, in light of the leaps and bounds world whisky has made in recent times, the competition has expanded to include Scotch; partly due to overwhelming requests from Scotch producers, but also as an experiment to see how the most highly esteemed of all whisky categories fares on a world stage.

First up were the single malts, in Premium and Super Premium categories, where 15 medals were awarded overall. In the lower price spectrum, judges were impressed by Beam Suntory’s Laphroaig Quarter Cask, which attained the only Master, and felt the rest of the line-up displayed characteristics of what is expected from Scotch whisky.

Moving up a weight class into the Super Premiums, two expressions from Ben Nevis Distillery won Masters, a 21-year-old aged in refill hogsheads and ruby port bodega butts, and a 25-year-old aged in first-fill Bourbon and Sherry casks. Five Gold medals were awarded in total here, all to expressions that demonstrated in full some “classic Scotch whisky styles”.

In the burgeoning Single Grain Scotch categories, which rounded off the day’s tasting, three expressions from William Grant & Sons’ new Girvan brand achieved a Master and two Golds. ”This is a very on-trend category at the moment that’s providing us with great quality liquid that was previously reserved for blends,” noted Quirk. “These three cracking expressions from Scotland prove single grain is the up and coming trend in whisky.”

By the end of the day, the judges had a pretty good impression of the standard of whisky being produced by most regions in the world, and were able to offer an objective view on where was leading the pack.

“It was interesting to be able to compare side by side what the world whiskies are offering, which are clearly closing the gap in quality and consistency to Scotch,” said Montanaro. “Special mention has to go to the single grains and American whiskey categories which stand out in originality and concept. They are truly pushing the boundaries in terms of how whisky is perceived.”

Click through the following pages to discover the World Whisky Masters 2014.