The secrets of Tuthilltown Spirits in pictures

Our editor took a peek around Tuthilltown Distillery, the first to open in New York since Prohibition, and uncovered an experimental lab making cocoa spirit, a new visitors’ centre, and a secret attic filled with maturing whiskey.

Located in the Hudson Valley, around 80 miles north of Manhattan, Tuthilltown was granted a license to distil in 2003, marking a first for a distillery in New York State since Prohibition (1920).

Eleven years since its inception, the distillery has grown from a small micro-distillery with one still, to a fully-fledged operation employing 27 staff to work across six fermentation tanks, four artisan spirit stills of varying sizes, a small experimental still, in-house bottling line, and visitors’ centre.

Co-owners Ralph Erenzo and Brian Lee created the distillery from a converted granary mill, part of the historic Tuthilltown Gristmill, a landmark listed on the National Register of Historic Places, that for 220 years, used waterpower to render local grains to flour.

The distillery now sources apples from within five miles of the site to create vodka and gin, and grain harvested from within 10 miles for its Hudson whiskeys, which are crafted under license for William Grant & Sons.

The Spirits Business‘ editor Becky Paskin took a tour of the distillery last month to uncover its history, inner workings and secrets, as the following pictures reveal. 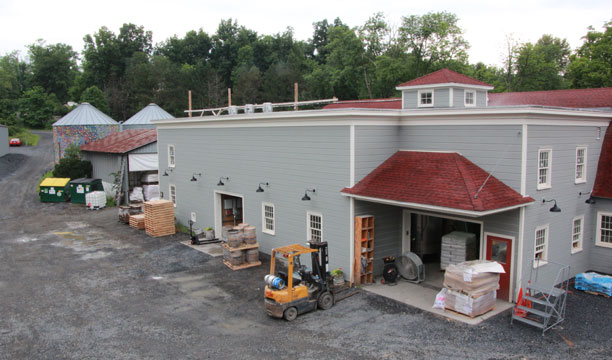 The main beer and stillhouse at Tuthilltown houses an all-in-one gristmill and mashtun, six fermentation tanks and four spirit stills of various sizes. The distillery is open year-round for visitor tours, who are able to view each aspect of the gin, vodka and whiskey manufacturing process. 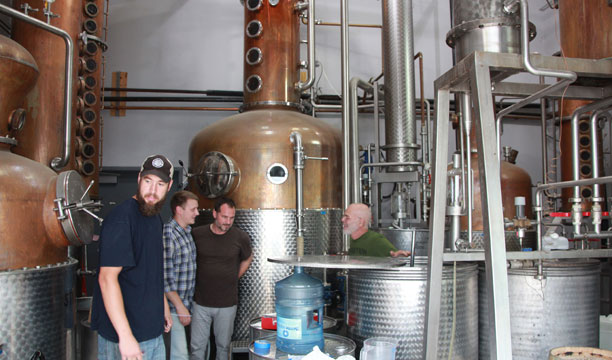 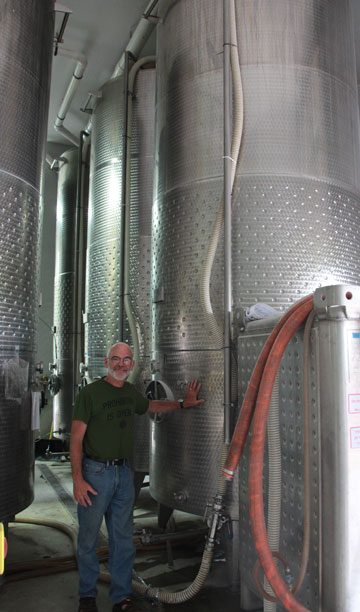 Erenzo shows off the size of his fermentation tanks. 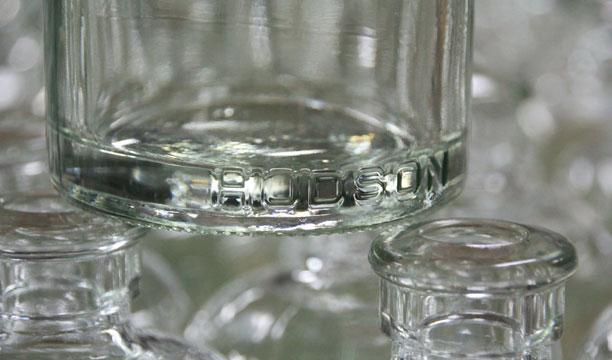 The distillery has been rolling out a new bottle design for Hudson whiskey, with the name of the brand embossed around the bottom. According to Erenzo, visitors to the distillery often request empty bottles to buy in bulk for refilling at home themselves or as table decorations at weddings and events. 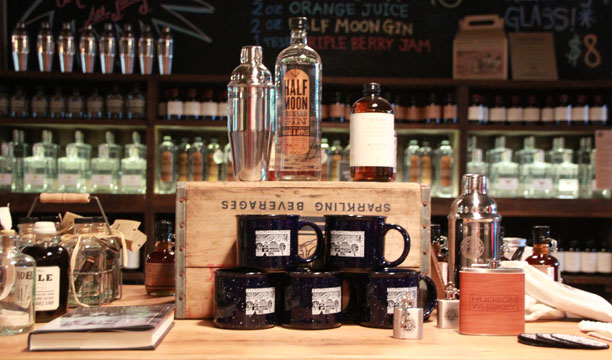 While the distillery has always had an on-site visitors’ centre and tasting room, the premise has been given a recent revamp, and now offers a range of spirits including Indigenous Wheat Vodka and Pressed Apple Vodka, Half Moon Orchard Gin, as well as the complete Hudson whiskey range, Cassis Liqueur and Basement Bitters. Visitors can also purchase mugs, t-shirts, DIY barrel-ageing kits, cocktail paraphernalia, and other exciting items. There is also an opportunity to taste a handful of the spirits on offer too. 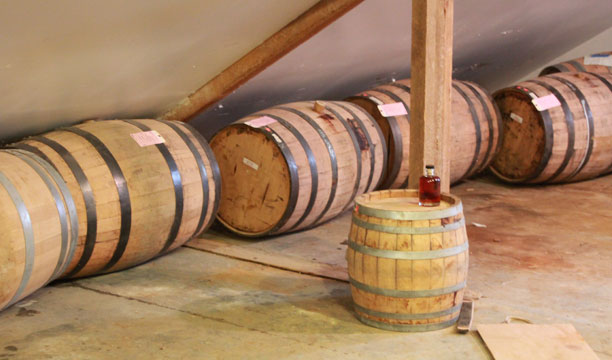 What visitors to the distillery may not realise, is there is a small hatch in the ceiling. Hidden up in the eaves is one of the most exciting rooms at Tuthilltown, filled with a range of experimental casks from youthful Hudson Four Grain to old Hudson Single Malt. 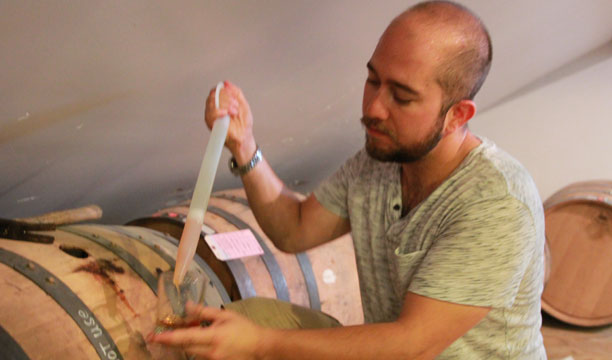 Raplh Erenzo’s son, Gabe, who is also distiller and former brand ambassador for Hudson, gave SB a sneak taster of what the barrel stash had to offer. Of course some whiskeys still had some way to go, but among the casks were a select few treasures. 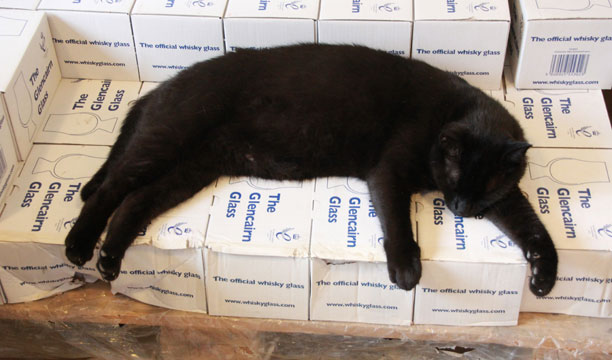 Guarding his own share of the treasure was distillery mouser Rye, who, after scuttling up into the attic behind us, seemed to be more intent on looking after Tuthilltown’s stock of Glencairn glasses than the whiskey. 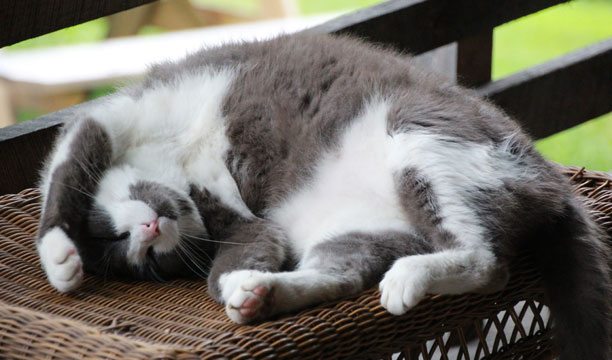 Outside the visitor’s centre, Rye’s mousing partner Bourbon was equally busy doing his job, which on the day seemed to be to attract visitors into the tasting room and shop by striking an alluring pose. 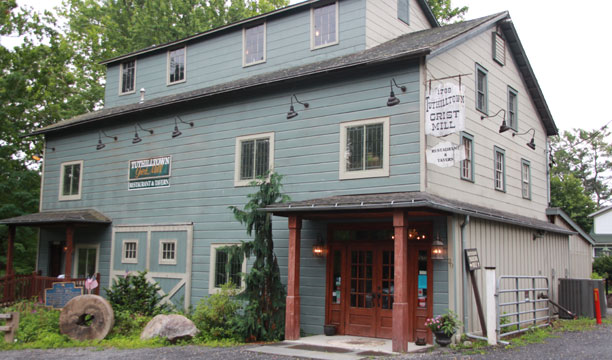 The Tuthilltown Grist Mill, a landmark listed on the National Register of Historic Places, has just been bought by Tuthilltown Spirits, with the aim of turning the property into a restaurant and bar that stocks only New York-produced spirits. Sat on the edge of the river with its water wheel turning, the restaurant features a quaint garden with a view. In time, the venue will be available to hire for weddings, as will the acres of green land to its rear.