Following massive growth in the category, the leader board has shifted once again in our list of the world’s 10 most popular Indian whisky brands.

While the Indian whisky category has long come under fire from critics who claim that many brands do not adhere to official “whisky” definitions, it remains one of the most popular spirits sectors in the world – and reports the volumes to boot.

Its popularity was further solidified this year when The Spirits Business revealed its Brand Champions 2014, showing that the most popular Indian whisky brand on this list had also overtaken Diageo’s Johnnie Walker to become the world’s best selling whisky across all sub-categories.

An on-going trend of premiumisation in the category has continued to push innovation in the market, with a number of higher-end expressions recently released or planned to launch at a later date.

Despite a general trend of growth among the million case selling Indian whisky brands, recent figures releases by the IWSR show that the global consumption of spirits “dramatically” dipped in 2013 due to a slowdown of local Indian and Chinese brands.

Following our recently published Brand Champions 2014 – our pick of those brands selling over one million cases annually that are performing exceptionally within their category – we run through which are the world’s most popular Indian whisky brands on the market today. 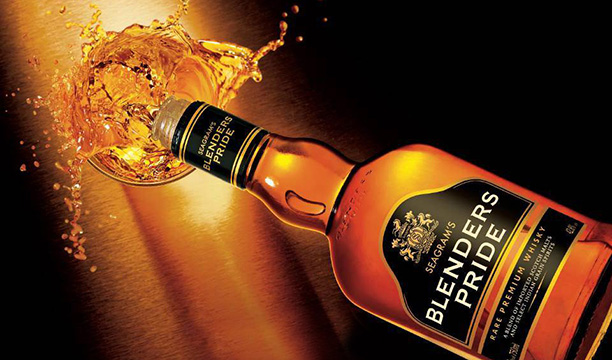 Although Blender’s Pride grew at a slightly slower pace in 2013 than in previous years, the brand still went on to grow volumes an impressive 5%, from 4m nine-litre cases to 4.2m. The Pernod Ricard-owned brand is said to hold a market share of around 50% in India’s premium blended whisky segment. 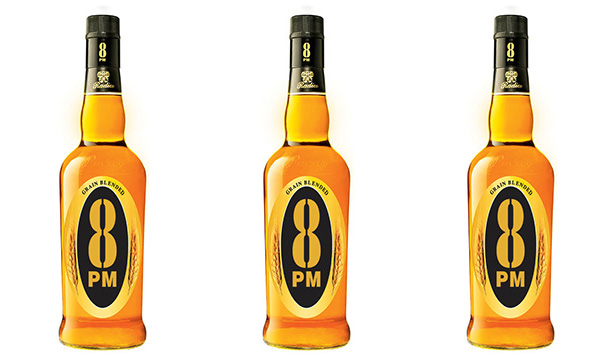 Launched in 1999, 8PM posted a record for any foreign or domestic brand in India by selling one million cases in its first year. Owned by Radico Khaitan, the brand experienced its first year of decline since 2009, dropping volumes 2% to 4.7m cases. Despite this slight decline, in August 2013, Radico posted a Q1 net sales increase of 10.8% to 4.67 billion rupees (£49.4 million) from 4.21 billion rupees (£44.6 million) at the same time last year. 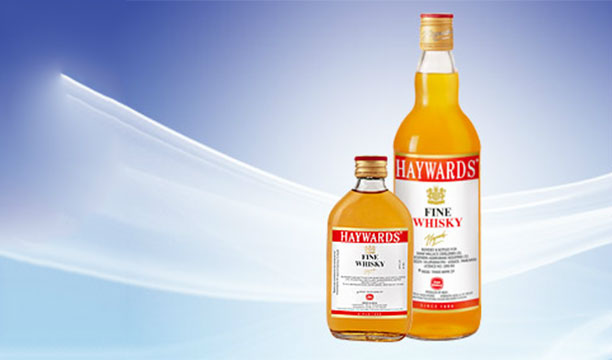 United Spirits-owned Hayward’s Fine experienced an impressive 30% surge in volumes in 2013, jumping from 7m cases to 9.1m. The brand is the fifth fastest growing spirits brand in the million case sellers category. While the brand has seen steady volume increases over the past few years, it soared by more than two million cases last year. With a firm presence in the Middle East, Hayward’s Fine is quickly becoming a pertinent label in United Spirits’ whisky portfolio. 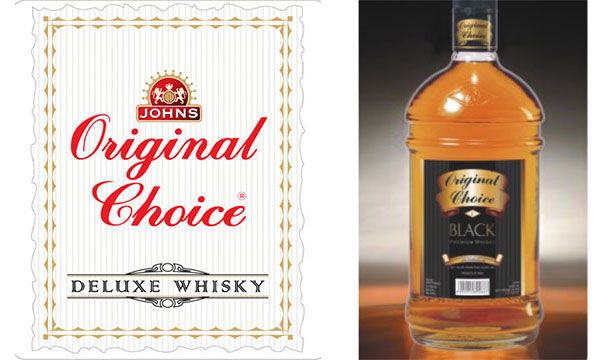 Original Choice, owned by Goa-based John Distilleries, has experienced somewhat of a tumultuous few years, experiencing a mixed bag of volume increases, decreases and stagnation. Falling from sixth to seventh place in the list of the world’s most popular Indian whisky brands, Original Choice decreased volume sales by 8% in 2013 to 10m cases. The brand did, however, gain victory at the start of the year, winning an appeal against Allied Blenders’ rival Officer’s Choice, which had launched legal action against John Distilleries for its similar sounding Original Choice whisky. 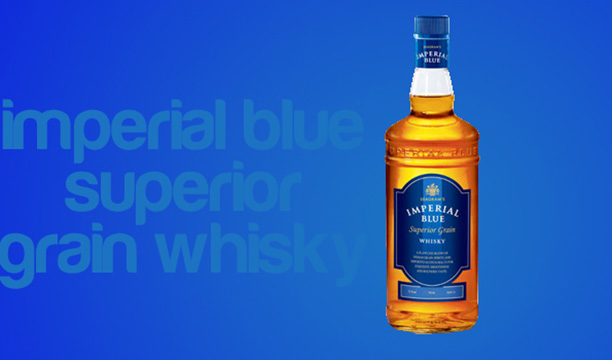 Pernod Ricard’s second Indian whisky brand featuring on this list is Imperial Blue, which grew sales by a impressive 24% to 10.9m cases in 2013. The brand’s volume sales have grown year-on-year since 2009, but last year was when the brand reported the most growth. Also one of the fastest growing spirits brands of the year, Imperial Blue is described by its owner as a “seminal brand”. 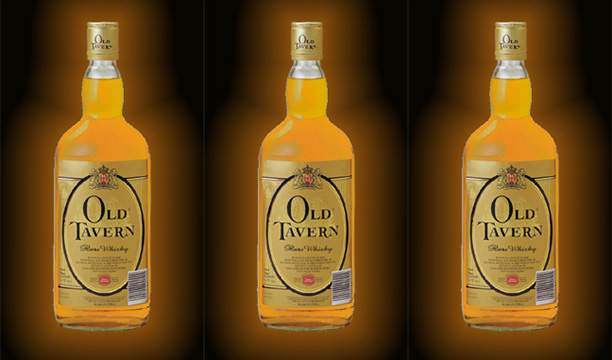 Sales of United Spirits-owned Old Tavern experienced a slight decline in 2013, dropping 1%, but still reported healthy volumes of 11.5m, allowing it to retain its fifth position in the list of the world’s best-selling Indian whisky brands. The whisky has not, however, managed to repeat the same success of 2008 when it saw its volumes soar 61%. In addition to its loyal domestic market, Old Tavern is also popular across certain African markets. 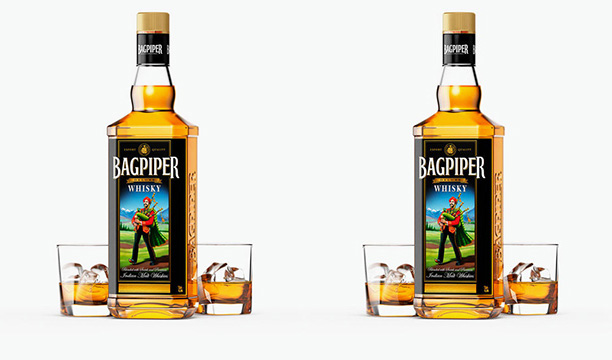 Launched by Herbertson’s in 1979, the now United Spirits-owned Bagpiper whisky is described as the Indian company’s “legendary flagship brand”, which became its first ever label to sell a million cases. However, in 2013 Bagpiper suffered a steep decline in its volumes, dropping 17% to 11.6m cases. This is the most significant drop for any brand on this list and follows Bagpiper’s year-on-year declines seen since 2009.

Retaining its number three spot again in 2013 was Royal Stag, Pernod Ricard’s final million case selling Indian whisky brand. Despite a slowdown in local Indian spirits last year, Royal Stag remained buoyant, increasing volume sales by 6% to reach 14.7m cases. With its more premium appeal, Royal Stag has managed to retain interest in both its domestic and African markets as consumers increasingly turn towards international brands. The brand may also enhance its presence in Africa if Pernod Ricard decides to bottle its Indian whisky brands on the continent, as reports have recently claimed. However, its volumes will still have some way to go to beat those of our top two brands… 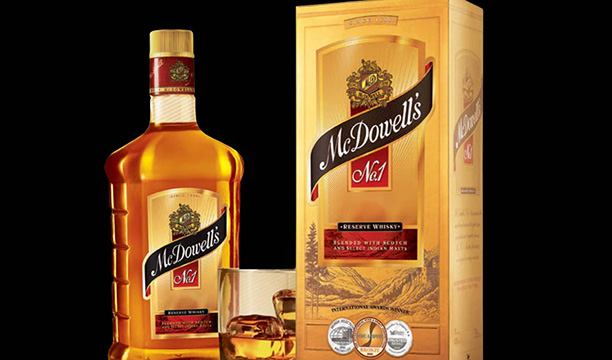 McDowell’s No. 1 Reserve, the most popular whisky in United Spirits’ portfolio and formerly the world’s most popular Indian whisky brand, has been knocked off its spot despite impressive volume increases last year. With a 22% surge in volumes, the brand reached case sales of 23.6m last year, its most significant volume increases since 2009. McDowell’s, which is sold in several countries apart from India, including Africa, Canada, Japan, the Middle East and the United Arab Emirates, continued to retain the interest of consumers seeking to premiumise with its McDowell’s No.1 Platinum, which sold over 30 million bottles when it launched in 2010. McDowell’s could, however, snatch back its prime position in next year’s list of the most popular Indian whisky brands as Diageo takes the helm from United Spirits. 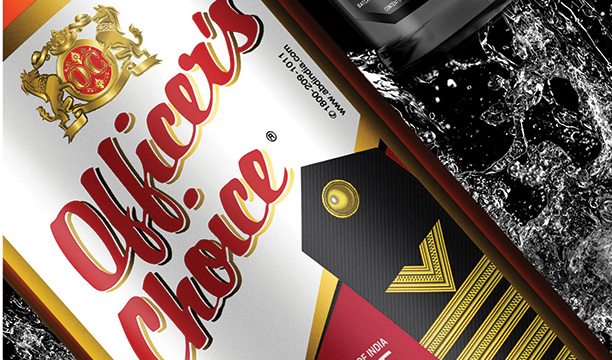 Officer’s Choice is not only the best selling Indian whisky brand, it is also the world’s most popular whisky brand across all sub-categories. The Allied Blenders-owned brand beat Diageo’s Johnnie Walker to become the world’s largest whisky brand in 2013, increasing its volume sales by a whopping 31% to reach 23.8m cases. Its volume growth during the year also boosted the brand from being the eighth largest-selling spirit brand on the planet, to the third, behind HiteJinro’s Korean soju Jinro, and Diageo’s Smirnoff vodka. While only selling an extra 120,000 cases than fellow category giant McDowell’s, Officer’s Choice pushed sales a further 5.7m cases in the year, largely thanks to the growing popularity of “semi-premium” Officer’s Choice Blue, which launched in 2012. It remains to be seen whether Officer’s Choice can maintain its precedent in the coming year.