Cognac producers continued to experience disappointment in 2013, while a number of brandy brands progressed full steam ahead in the emerging markets.

China’s widely reported clampdown on conspicuous spending among government and military officials greatly impacted the high-end Cognac market in 2013, with all but one of the top four brands reporting volume declines, and Courvoisier was even dropped off the top 10 best-selling Cognac and brandy brands list.

As France’s staple spirit suffered, its mainstream international counterpart, brandy, demonstrated a much more varied picture. While some brands experienced substantial declines in the year, success was also widespread as some labels retained their dominance in local emerging markets.

A large collection of Indian brands predictably make up this list, reporting huge volumes in the face of sporadic declines – thought by many to be the result of a growing favour for international brands.

Based on figures outlined in The Spirits Business‘ Brands Champions 2014 – where the exceptional category performers are picked out from among the million case selling brands – we identify which are the most popular Cognac and brandy brands.

Click through the following pages to discover the world’s best-selling Cognac and brandy brands. 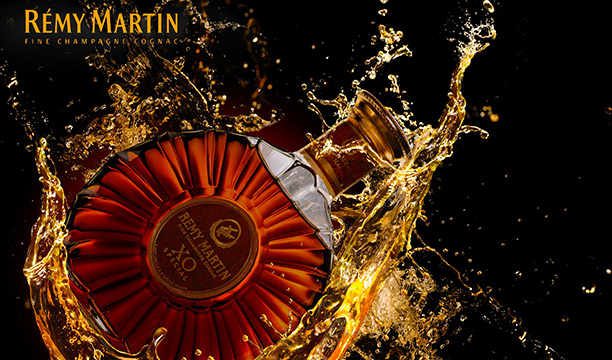 2013 marked a difficult year for Cognac house Rémy Martin and its parent company Rémy Cointreau as sales continued to suffer in the face of China’s on-going crackdown on conspicuous spending and gifting among government and military officials. Announcing its full-year financials results, the French drinks group revealed a massive profit decline of 46.9% to €80.2m, largely due to an “intentional destocking effort” of its flagship Cognac brand in China. As such, case sales dropped 11% in the year, from 1.9m to 1.7m, the same volumes reported in 2011, causing the brand to drop from 8th place, to 10th. However, Rémy Cointreau has asserted its confidence in a return to growth next year. 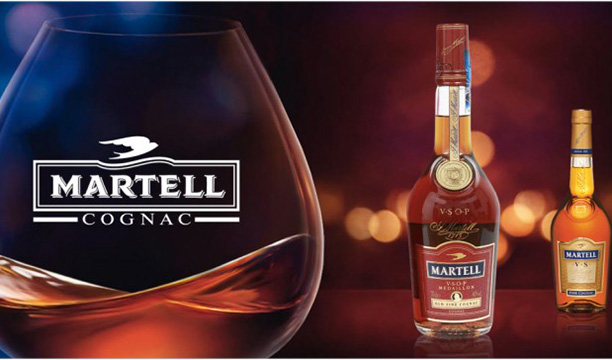 Pernod Ricard’s Martell Cognac also dropped two places in 2013, from 7th to 9th, reporting a 4% decline in case sales, from 2m to 1.9m. Similar to rival French drinks producer Rémy Cointreau, Pernod Ricard also reported a decline in case sales as a result of the continuing crackdown in China. This drop follows sustained and steady growth since 2009. Martell became the first imported spirits brand to achieve more than one million case sales in the Chinese market in 2011 – it remains to be seen if this success can be repeated in the future. 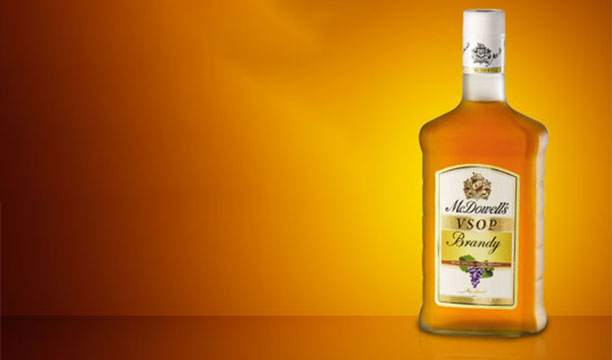 Indian brandy McDowell’s VSOP is the second fastest Cognac/brandy brand to be included in this countdown, registering 16% growth in 2013, from 1.9, nine-litre case sales, to 2.2m. The VSOP edition has some way to go to beat the huge sales of its McDowell’s No.1 brandy stablemate, but its impressive growth seen year-on-year since launching in 2010, means that the future looks bright for McDowell’s VSOP, which could see sales pushed even further following Diageo’s recently completed acquisition of United Spirits. 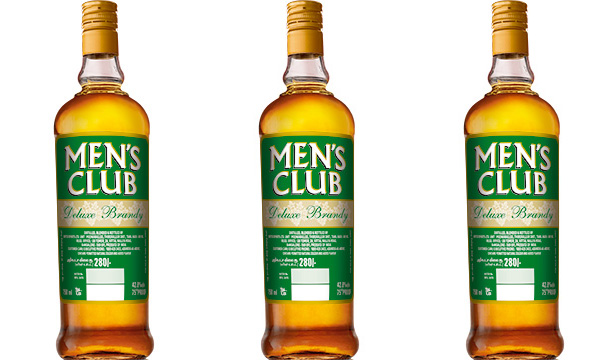 This year’s Cognac and Brandy Brand Champion, and officially the fastest-growing spirits brand among the million case sellers, Men’s Club brandy reported a frankly astonishing 1,300% growth in 2013, pushing sales from 0.2m, to 2.8m. Owned by United Spirits, Men’s Club attributed its momentous growth to its merger with Golden Grape Brandy, as well as growth driven by a “favourable consumer response”. The brand is solely available in India and is predominantly sold in Tamil Nadu. 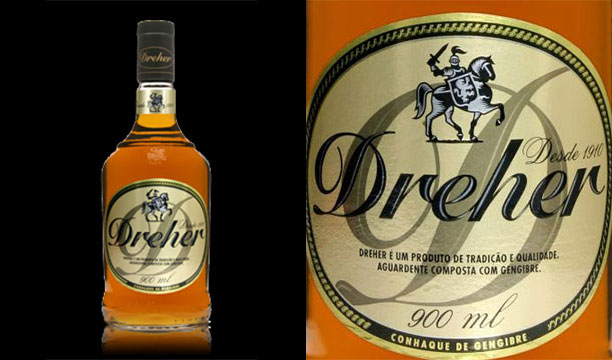 While consumers in Dreher’s home market, Brazil, are increasingly turning towards international spirits such as Scotch and vodka, causing its traditional spirits brandy and cachaça to decline, the brand managed to avoid a sales dip in 2013 and instead registered stagnant sales. Selling 3.3m cases in 2012 and 2013, Dreher, owned by Italian drinks group Gruppo Campari, has failed to repeat its success in 2011, when sales jumped by 100,000 cases. 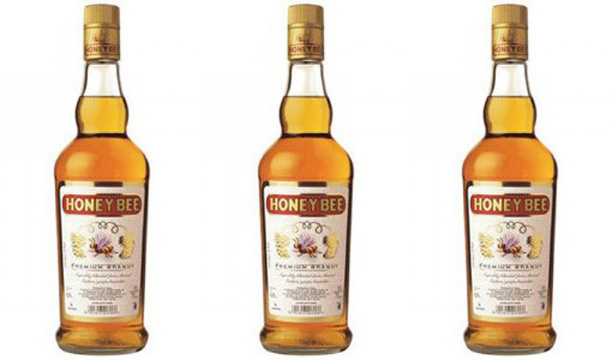 Honey Bee brandy, owned by United Spirits, has experienced the most significant decline compared to all other brands included in this list, dropping case sales by 32% to 3.3m, falling from 4th to 5th place. While the relatively unknown brandy brand hit case sales of almost 5m in 2012, last year production may have slipped as consumers increasingly prefer international “status brands”. 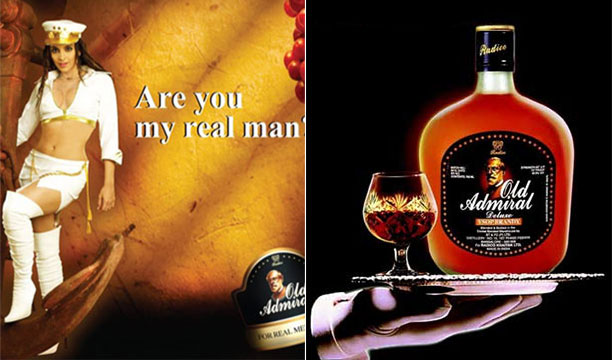 Indian brandy brand Old Admiral has managed to jump from 5th to 4th place in this list of the world’s best-selling Cognac and Brandy brands with an 11% increase in case sales, shooting up from 3.5m to 3.9m. It continues to be one of the few brands to report solid year-on-year growth, largely benefitting from its popular advertising campaigns which has helped it gain a loyal following among men in India. 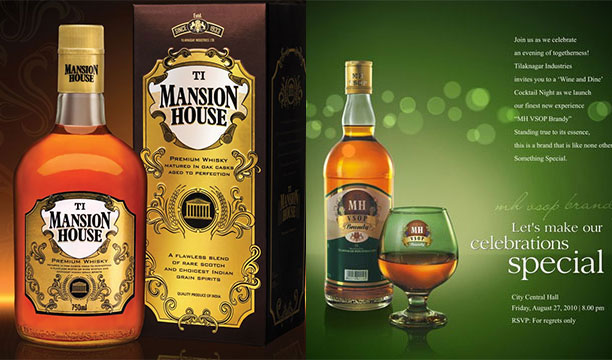 Dropping from 2nd to 3rd place in this list is Mansion House Brandy, owned by Indian company Tilaknagar, which saw a 6% decline in case sales in 2013. However, despite dipping from 5.3 to 5m, Mansion House is still one of the world’s most popular Cognac/brandy brands, and is the second most popular brandy in India. This decline follows an impressive 10% growth for the brand in 2012. 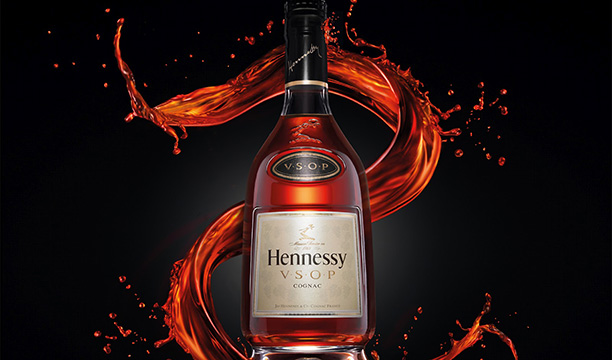 While all of the other top three Cognac brands (Rémy Martin, Martell and Courvoisier) experienced significant declines in 2013, Moet-Hennessy’s flagship Hennessy Cognac managed to avoid falling prey to China’s onslaught on opulent spending. While keeping a strong presence in its key US market, Hennessy savvily spread distribution among other mature markets. 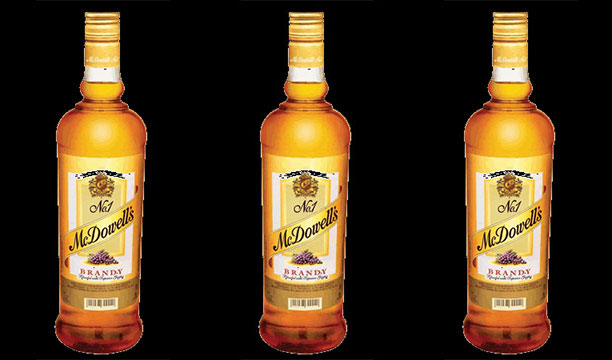 Despite a significant 15% dip in case sales in 2013, United Spirits’ McDowell’s No.1 Brandy is still the best-selling Cognac/brandy brand in the world. The Indian drinks group, which also produces the world’s second best-selling Indian whisky, behind Officer’s Choice, reported that its flagship brandy brand dropped from 10.9m case sales in 2012, to 9.2m in 2013. However, its nearest rivals, Hennessy and Mansion House, still have some way to go to beat the impressive volumes of McDowell’s No.1 Brandy.