Tequila steps up its luxury image

Tequila is shedding its low rent image to become popular with a new generation of sophisticated drinkers – and not just in the States, writes Tom Bruce Gardyne.

Whether shooting it up or sipping it slow, we all know the Americans have a thing about Tequila. Imports have been growing every year for a decade and there’s no sign of a hangover yet. In 2012 the equivalent of over 12 million cases of Tequila flooded in from Mexico – an increase of 72% on 2002, according to the Distilled Spirits Council of the United States.

While there is still plenty of the cheap stuff around that is tankered over the border in bulk, the growth is coming from high-end premium and super-premium Tequilas. Together these two categories have grown from barely a tenth to a quarter of all US imports by volume, and obviously considerably more by value.

Nor is it in any sense a mature market, at least not according to Ann Stickler, Brown-Forman’s global MD for Tequila brands: Herradura and el Jimador – both made from 100% agave. “If you look at the sheer numbers in the US, it’s just an amazing growth opportunity for us. We’ve had double digit growth rates, and last year was particularly phenomenal for Herradura.”

Over at Olmeca, they have always focused on mixto Tequila, until launching their pure agave Olmeca Altos across the US this summer with a US$24 shelf price. “We anticipate the 100% agave business to represent 15-20% of our total portfolio in the next five years,” says Lisa McCann, the brand’s international marketing director. In her eyes, Tequila’s shift up-market in the States is simply following the same dynamic as vodka. She continues: “Premium spirits act as a social currency for our consumers and allow them to demonstrate their social standing among their peers.”

For Ann Stickler it is more about substance, as she explains: “Consumers are looking for products that have a super-premium image, but also bring this wonderful mixture of authenticity and craftsmanship. They want to know how Herradura is made and what makes it special.” She continues: “There’s a lot more to it than being 100% agave and we can tell the story of how our Tequilas are roasted in clay ovens and involve natural fermentation – and how painstaking and careful we are with that process.”

Patrón’s corporate communications director, Greg Cohen, feels there is also a growing awareness among bartenders and consumers of the spirit’s versatility.

“Almost any cocktail that typically calls for vodka, rum or gin can also be prepared using Patrón,” he says, urging people to try it instead of rum in their next Mojito. With sales up 18% in the first half of this year, the brand claims to be the world’s top-selling ultra-premium Tequila.

Corralejo has also been enjoying the US boom in premium Tequila with the same double-digit growth as others. Raffaele Berardi, CEO of the parent company, Fraternity Spirits, traces it back to the early 1990s when Americans began to discover this “new” category of 100% agave. Berardi says: “In the US and Mexico, the understanding of Tequila is definitely above the rest of the world, but personally I think there’s still a lot of work to be done for people to understand what agave is.” 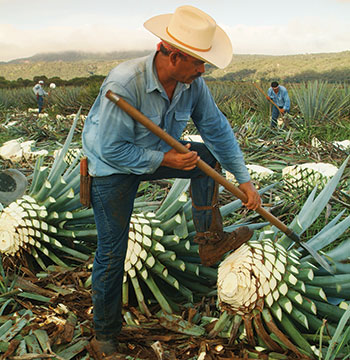 If that remains true in much of America, the spirit has barely begun to explain itself elsewhere. It is a sobering statistic that just 14% of all the Tequila produced makes it beyond the US and Mexico. With its third biggest market – Russia – on just 2% according to Euromonitor, you have to ask why it has so far failed to penetrate the world beyond and become a global spirit to challenge Scotch and vodka.

“I think years back there was an upwind there, but it didn’t really catch the right moment,” says Berardi. “I think Tequila was always known about, but as a low value, low price drink since José Cuervo started their introduction into the major markets.” While the number one brand has seen a definite fall-off in North American sales, Cuervo’s exports to the rest of the world have grown by a third since 2007.

With Cuervo’s distribution now in-house, Diageo has a £308m gap to plug – this being the value of sales in the year to 30 June. Back in July, Diageo’s new CEO Ivan Menezes explained: “We have some exciting ideas in the pipeline.” At the moment, the firm’s only Tequila is the super-premium, niche brand Don Julio whose latest net sales are up 13%.

Ann Stickler bats away any suggestion that premium Tequila has somehow failed in its mission on the other side of the Atlantic. “I prefer to think of other markets as an ignition waiting to happen. A few days ago, I was on the phone to our UK partners and they were saying how el Jimador was gaining so much success in the on-premise. I really feel there’s this great opportunity, and if you look at the figures they’re growing double, even triple digits.”

So, are British bartenders right when they say: “Tequila’s the next big thing”?

To this Stickler replies “I get a sense it’s in the early stages. Our UK team say things like ‘first we’ve got to go in and educate people about what a great Tequila is’. The second step is teaching people how to drink it because they are used to doing shots and they don’t know how else to do it.”

Lisa McCann is also optimistic. “We’re certainly getting the sense that Tequila’s time in the UK is coming. When working with the trade and bar industry, we’re finding a big thirst for knowledge on Tequila and we’re seeing a significant increase in Tequila-based cocktails on drinks menus.”

Olmeca has tried to focus on markets beyond the US, and today claims to be the top-selling Tequila in Russia, South Africa, Turkey and European travel retail.

Meanwhile over at Corralejo, Raffaele Berardi still worries that the spirit got off on the wrong foot and says the perception of it being regarded as a student drink “is definitely blocking the further extension in the consumption of Tequila”.

Few would deny there has been a slight image problem reflected in the sort of place most of the cheap, mixto brands were sold. If not discounted in the supermarket, they were to be found lurking behind the bar of an old-style Mexican restaurant whose menu of tacos would be as tacky and enticing as the décor. 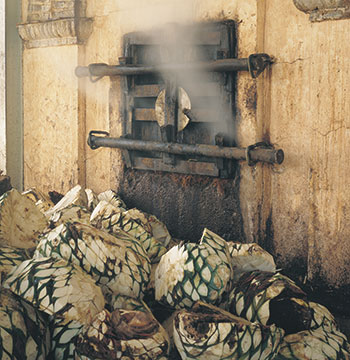 It is true that Tequila often played to those lowest common denominators of price and alcoholic strength as the classic party spirit which offered the biggest bang for your bucks. For some, that half-open bottle in the cupboard remains a potent reminder of a hundred student hangovers. But it’s an old story, and talk of the stereotype is becoming as stale as the stereotype itself. Put simply there’s a new, prejudice-free generation out there who are embracing Tequila for the first time.

“What makes me happy,” says Francisco Soltero Jimenez, director of the CNIT – the spirit’s main trade association, “is that we see a transformation day by day because of the interest in the UK with good Mexican food in cities like London. This is where Tequila is presented in the way we drink it in Mexico, and that’s helping to change negative perceptions.”

Aside from the UK and Russia, the top 10 markets for Tequila include Germany, France and Spain, according to Greg Cohen. “We see great potential for Patrón in those markets – and throughout Europe, because consumers in the region have a taste and a preference for white spirits. Patrón is a Tequila, to be sure, but it’s also a sophisticated, flavourful, high-quality white spirit.” While at Corralejo, whose non-US exports account for 20% of sales, Berardi says: “We are having our greatest success in Germany, Denmark and the Baltics.” Even in Southern Europe, despite the euro crisis, he sees “a definite opportunity in getting 100% agave Tequila established in Spain”.

Back in Mexico however, the talk is all about China, a country that imported a mere 410,000 litres of Tequila last year – every drop of it low-grade mixto. As The Spirits Business reported in August, Chinese shipments are starting to boom on the back of the so-called Tequila pact which ended a five year import ban on pure agave spirits imposed in 2008. “We are expecting that in five years we can reach around 10 million litres because of the growth rates we’ve experienced in the last few years and the access we are getting to the market,” says Jimenez. Although that equates to a mindboggling increase of 2,400%, he points out that 10m is small beer compared to the 130m plus litres imported by the US.

Berardi sees no reason to doubt China’s potential. “We have an account in Shanghai that gives an idea of the sales that could be reached. It’s a 100-seat restaurant called the Cantina Agave, and they drink Tequila just in Margaritas. Our Corralejo is their house pour, and they consume over a container a year. So, it’s definitely possible that China could be the second biggest export market after the US.”

At which point you might wonder if there’ll be enough Tequila to go round. “It’s a very cyclical business which is effected by the age of what’s planted and the balance between 51% mixtos and 100% agave Tequilas,” says Berardi. “The plantations are ready for the next run on Tequila in the next five to six years, but pricing is always the point that could jeopardise this growth in 100% agave Tequila.” The price of blue agave has certainly been volatile in the past, dropping as low as 20 cents a kilo compared to the US$2 during the agave crisis of 1999/2000. Today it is around 50 cents a kilo.

Following the crisis, Corralejo began expanding its own plantations and is now 60% self-sufficient in agave. According to Francisco Jimenez there are “very strong plans to ensure we can match supply with demand and avoid gaps”, adding that “at the moment we have an inventory of more than 260 million plants”, and that the industry has stocks of 310m litres of Tequila in tanks.

As for the effect of future price fluctuations, he accepts that “in the value market, the price of agave obviously has a big influence”. But as you trade up to more premium, less price sensitive brands, that influence begins to fade.

For Mexicans that is another very good reason to hope that the new generation of Tequila drinkers will turn out to be more discerning than their cheapskate, shot-loving predecessors.