With so many new Irish whiskey distilleries opening over the next 12-24 months, it can be hard to keep up, which is why we’ve compiled a comprehensive guide.

Up until last year there were just four operating distilleries in Ireland, all owned by large international corporations: Kilbeggan in County Westmeath (owned by Beam), Cooley in County Louth (Beam), Bushmills in County Antrim (Diageo) and Midleton in County Cork (Pernod Ricard).

Now, with demand for Irish whiskey experiencing double-digit growth, the category is welcoming interest from a raft of newcomers, all intent on expanding the choice and quality available.

Dingle Distillery in County Kerry turned on its stills in 2012, and while its gin and vodka are currently for sale throughout the Porterhouse pub and restaurant group, its whiskey won’t be available until 2018.

Similarly, Echlinville Distillery in County Down received its license to distil whisky in May 2013. Managing director Shane Braniff is marketing the distillery’s Dunville Irish Whiskey in Europe and the US, using a consignment of liquid from another unnamed distillery that is finished and blended at Echlinville. The distillery’s own liquid however, will not be available until at least late 2016, by which time Braniff’s stock of Dunville will have long disappeared.

Echlinville also has plans to install two additional stills later this year, as well as open a visitors’ centre in 2015.

While there are currently seven operating distilleries in Ireland (including the Alltech facility in County Carlow), the Irish Spirits Association expects the number to grow to 15 in the next few years, and predicts exports of Irish whiskey to double to over 12 million cases by 2020 as a result.

Several have already received planning permission, and are listed on the following pages. It is St. Patrick’s Day today after all, and what better way to celebrate the patron saint of Ireland than with a toast to its distilled beverage future. 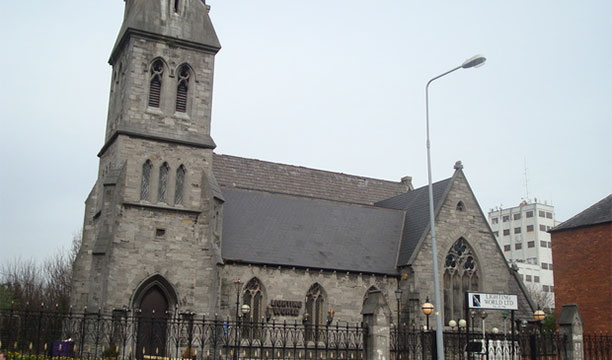 Kentucky, US-based animal feed group Alltech opened an Irish whiskey distillery in County Carlow in 2012, but has since revealed plans to move its operation to an abandoned church in Dublin.

Investing US$5.4m to renovate the former Anglican Church into a “boutique” distillery and visitors’ centre, Alltech will eventually move the two copper pot stills and fermentation tanks from Carlow to the new site, with a view to begin distillation at the end of 2015.

However the group is still awaiting planning permission from Dublin City Council. 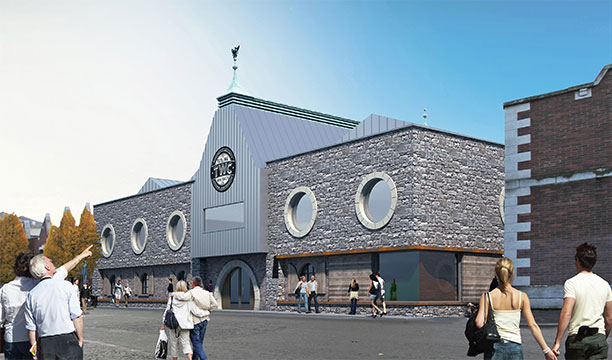 The Teeling Whiskey Company (TWC), a bottling company founded by brothers Jack and Stephen Teeling, plans to open a €10m distillery in Dublin – the city’s first in more than 125 years.

Comprised of three copper pot stills, the distillery is expected to produce 500,000 litres of whiskey a year to supply the existing TWC brands and diversify the range of Irish whiskey currently available on the market. 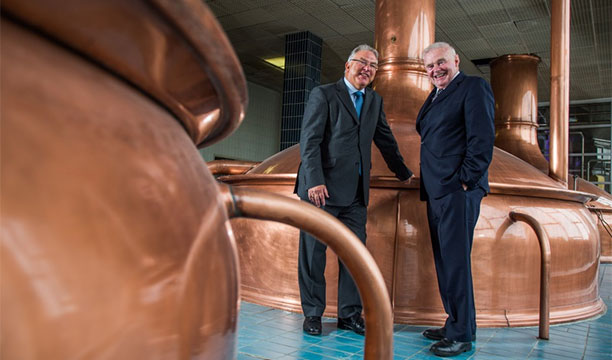 John Teeling, founder of Cooley Distillery and father to Jack and Stephen Teeling of the Teeling Whiskey Company, last year bought the Great Northern Brewery in Dundalk from Diageo, with intentions to transform it into an Irish whiskey distillery.

Bought under the Irish Whiskey Company banner, along with his sons and former Cooley directors Jim Finn and David Hynes, the Harp Lager brewery is currently being fit with stills to create grain, single pot still and malt Irish whiskey.

The Great Northern Distillery will be committed to providing liquid to supply the private label and bulk whiskey sectors, as well as to the “emerging craft distilling sector”.

It expects to start distilling in from July this year, with the first mature whiskey available for retail in 2017.

It will be run as an entirely separate business to the Teeling Whiskey Distillery. 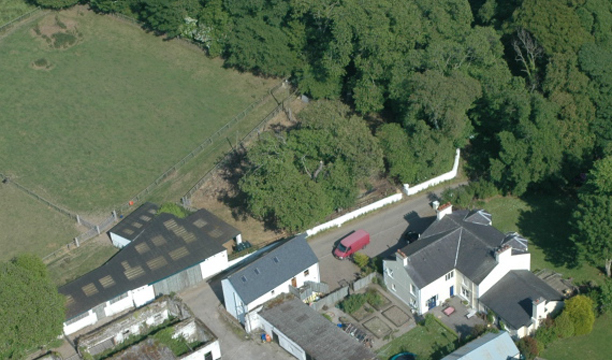 Having received planning permission to transform the farmland at Ballyhenry House in Portaferry in May 2013, land owner Dr John Young, a patent lawyer from Scotland, hopes to begin building Portaferry Distillery before the end of the year.

The site will feature a 500-litre gin still, as well as two copper pot stills capacble of producing 100,000 litres of alcohol a year. Young intends to produce only Irish single malt, a category he believes is neglected in Ireland. If all goes to plan, Portaferry Distillery will be producing alcohol by spring 2016.

It’s no secret that William Grant has building its own distillery in Tullamore. Currently sourcing whiskey for its Tullamore DEW brand from the Midleton Distillery owned by Pernod Ricard, William Grant will bring the brand back to its hometown 60 years after the original distillery closed.

Tullamore DEW Distillery will produce both malt and grain whiskey with four copper pot stills, with an annual production capacity of 1.5m cases. The brand currently sells around 850,000 cases a year.

Work is due to be completed on the distillery and visitors’ centre by the autumn this year. 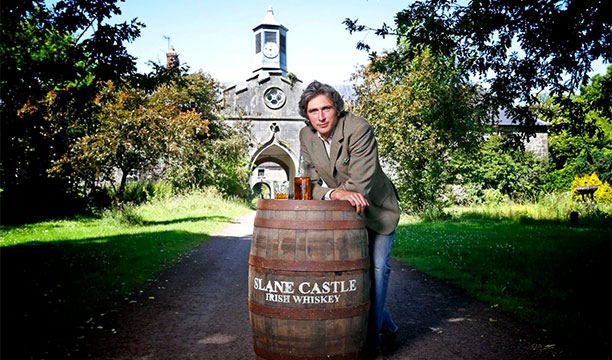 Slane Castle Whiskey was affected heavily by the cancellation of Cooley’s third-party supply contracts when Beam took over the distillery in 2012. With no way to source enough liquid to keep its brand afloat, managing director Alex Mount Charles and his father Henry, the Marquess Conyngham, submitted plans to build their own Irish whiskey distillery on Slane Castle’s grounds.

Slane Castle Distillery will be the first and only Irish whiskey distillery to grow and malt its own barley on the estate, for use in single pot still, single malt and grain whiskeys. The site will feature both column and copper pot stills to enable the distillation of grain onsite as well.

In August last year, Slane Castle announced an investment partnership with Camus Cognac for the €12m distillery and visitors’ centre.

Construction is currently underway on the distillery, and its first release, a blended whiskey, is expected to be released in 2018. In the meantime, the visitors’ centre will open in 2015. 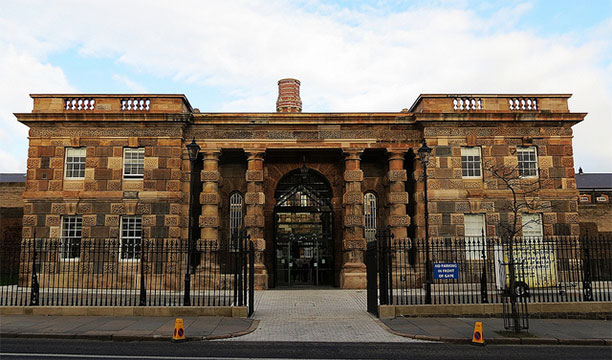 The Belfast Distillery Company (BDC), established in 2005 by Peter Lavery, will open its first working distillery in Belfast’s old Crumlin Road Gaol, creating the first distillery to be built in the city for 175 years.

Setting up in the former prison’s A wing, BDC will produce whiskey for international markets, including its existing Titanic and Danny Boy Irish whiskeys.

The prison will also house a visitors’ centre and restaurants. 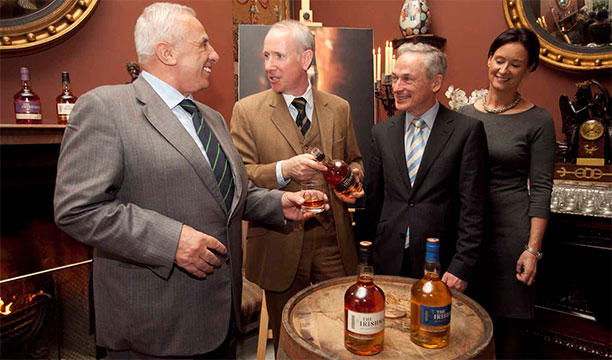 The new distillery will be capable of producing 400,000 cases of whiskey annually, with enough warehousing capacity for 1.9m cases.

The distillery is set for completion in 2016.