As a thrilling season of mixology madness gets into full swing, we round-up the top 10 international cocktail competitions.

Enticing arenas for both industry players and mainstream spectators, cocktail competitions give bartenders the chance to step out of the shadows of the back bar, and into the limelight.

Every year, it seems these battles of the barspoons get bigger and better, with more extravagant prizes to match – whether it’s a trip around the world, a hefty cash prize, or a role as brand ambassador.

While some competitions are created by drinks industry titans such as Diageo and Bacardi, others are launched by smaller brands in order to enhance their global profiles.

As bartending continues to grow in prestige and recognition across the globe, more people are eager to see these maestros of mixology pushed to their limits.

Furthermore, with The Spirits Business‘ own Snow Queen Martini Masters fast approaching – where British bartenders have the chance to win £2,000 if they can demonstrate superior Martini-making skills – we thought it the perfect time to round-up the top 10 international cocktail competitions. 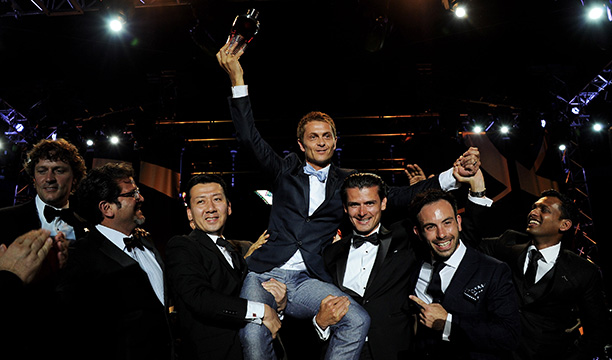 Diageo Reserve World Class is one of the most coveted cocktail competition titles in the world, attracting thousands of entries each year.

Last year’s final took place on board a luxurious cruise ship in the Mediterranean, where 43 finalists demonstrated their skills through a series of unique challenges. Bartenders participated in rounds such that tested their speed, ability to create a Punch cocktail, creativity with a mystery whisky basket, and a sensory round.

Spanish bartender David Rios, of Jigger Cocktail & Disco Bar in Ciudadela on the island of Minorca, eventually took home the trophy, and was credited with the potential to bring about a “tidal wave of change in getting discerning consumers all over the world to settle only for the best fine-drinking experiences”.

Diageo recently announced its 2014 World Class final would be brought home to the UK. From 28 July to 1 August the world’s top 50 bartenders will take part in the global final, competing in a series of innovative challenges all over the country depicting stories of places, people and provenance. 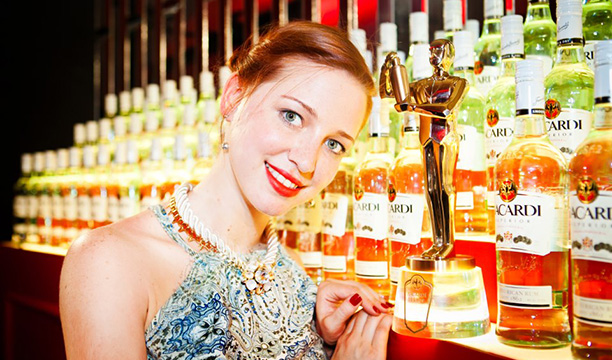 With finalists from across 19 different countries last year, Bacardi Legacy is one of the most far-stretching competitions in the world.

The participating bartenders, hailing from as far afield as Argentina, China and India, were tasked with creating a recipe for a “balanced, refreshing, appealing and enduring drink” that has the potential to become a classic cocktail.

Last year’s UK winner was Chris Moore, of The Savoy’s Beaufort Bar, while the global winner was Russia’s Elizaveta Evdokimova.

It was recently announced that Tom Walker, bartender at The Savoy’s American Bar, would go on to represent the UK at Bacardi Legacy’s global final in Moscow in April.

Bols Around the World 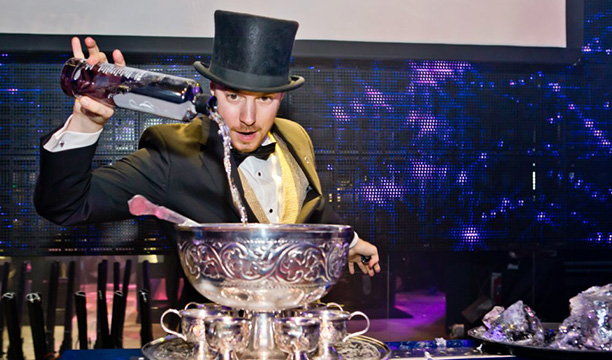 A competition that seeks the “world’s most visionary bartender” is never going to gain a reputation for being easy, and Bols Around the World is certainly known as being the toughest competition out there.

The grand final is set to be held in Amsterdam on 16-20 May 2014, will be preceded by three heats. The winner will receive a trip to four of the world’s best cocktail cities and work in local bars as a guest bartender. They will also be given the opportunity to join Lucas Bols as a brand representative at trade shows and events. 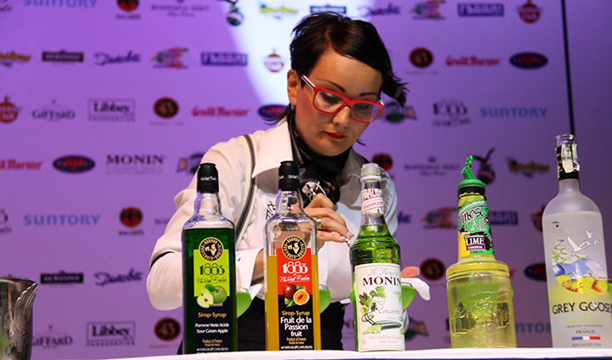 The International Bartenders’ Association (IBA) founded its annual Cocktail Championship to recognise its most talented members from around the world since 1955.

In 2013, Greta Grönholm, who who works at family-owned hotel Loimann Seurahuone in Loimaa, Finland, was crowned winner of the competition at a grueling final held in Prague.

Impressing with her “imaginative and balanced” sparkling cocktail My Green Summer, Grönholm beat off competition from entrants from over 60 countries. Each country brought with them two bartenders: one classic and one flairtender.

The IBA World Cocktail Championship 2014 will be held on 29 September to 4 October in South Africa. 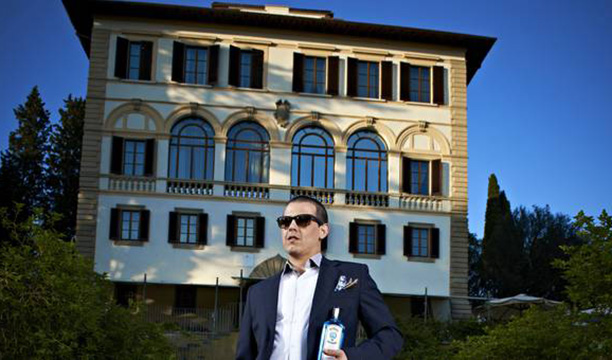 Bombay Sapphire’s Most Imaginative Bartender is a global bartending competition which “celebrates the power of imagination in cocktail making,” with an aim “to inspire the endless creativity that is at the heart of great cocktail making”.

Last year, Italian Matteo Vanzi scooped the title at the global final held in Florence, Italy, impressing with his The Pastorini (Perfect Lady).

The cocktail was a twist on the classic white lady, using a recipe of Bombay Sapphire gin, a homemade shrub of a jasmine green tea and a pink grapefruit peel infusion, with a juniper berry meringue.

This year’s final will be held in May in London, UK. 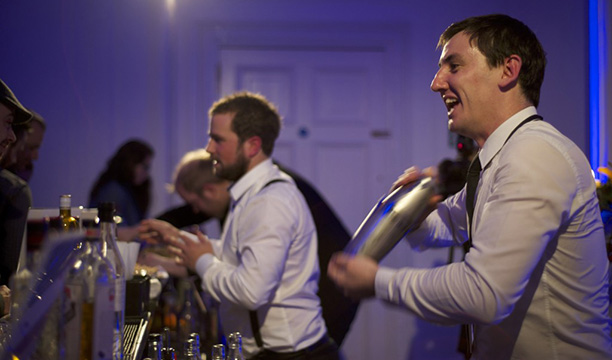 Pernod Ricrad launched its Beefeater 24 global cocktail competition in 2011, with contestants from 26 countries competing for the crown.

At the competition’s 2013 global final, Australian bartender Jason Williams, of The Rook Bar in Sydney, Australia, was crowned winner by a panel of judges including Beefeater master distiller Desmond Payne.

Williams, who impressed with his  Werewolves of London, won an an all-expenses-paid trip to one of Beefeater’s key global markets, where he gained first-hand experience of the local bartending culture. 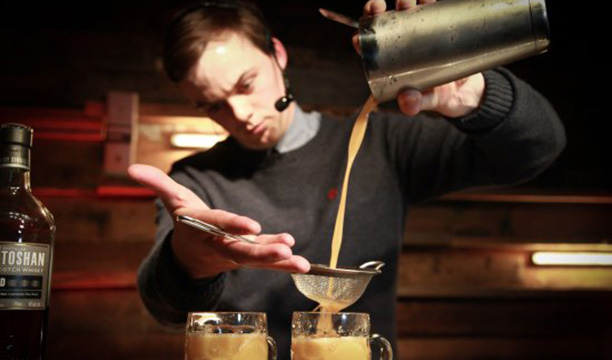 A truly transatlantic cocktail competition, Auchentoshan Switch runs in two legs – one competition tests contestants from the US and Canada, while another competition takes place in Europe. The winners of each competition switch places and gain a once in a lifetime experience at a top US or European bar.

Micheal Webster, from Bar Isabel in Toronto, was crowned winner on the other side of the ocean, receiving the opportunity to spend two weeks at The Nightjar, in London. 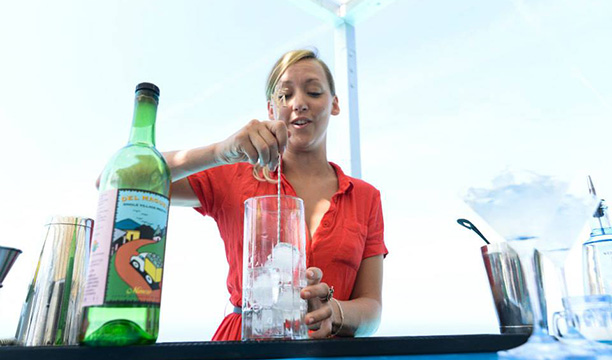 Gin Mare aims to encourage bartenders to create their “own personal dream and vision of the Mediterranean” through three signature drinks.

Last year’s winner was Amanda Boucher, of Candelaria, Paris, who faced competition from seven other finalists, all of whom were required to create a Mediterranean Gin & Tonic, a Dirty Mare-tini, and a Mare Nostrum cocktail which must embody at least one of the key values of the Gin Mare brand – lifestyle, gastronomy, climate and escape.

She was awarded €4,500 and a brand ambassadorial role with Gin Mare. 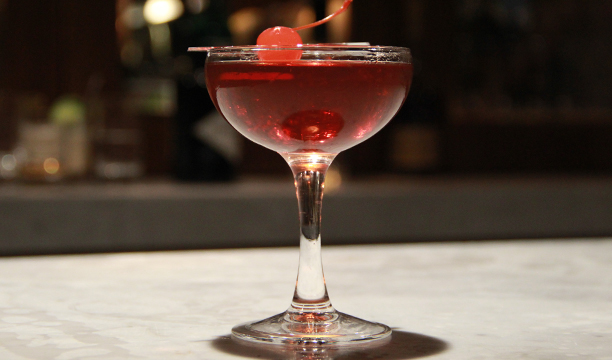 The Wenneker Swizzle Masters is the world’s only virtual cocktail competition challenging bartenders to create a recipe that can be easily recreated by any bartender, anywhere in the world.

The competition is open to entrants from around the world, who enter online via www.swizzlemasters.com. Bartenders have eight chances to get their cocktail into the semi-final, by winning one of the eight rounds held each month. Each round has a different cocktail theme and base spirit for bartenders to work with, testing their creativity and recipe-making abilities. The creator of the winning drink of the year is awarded £1,000.

Last year’s winner was Matteo Corsalini of China Tang at The Dorchester in London, with his Scotch-based Sipper Club. 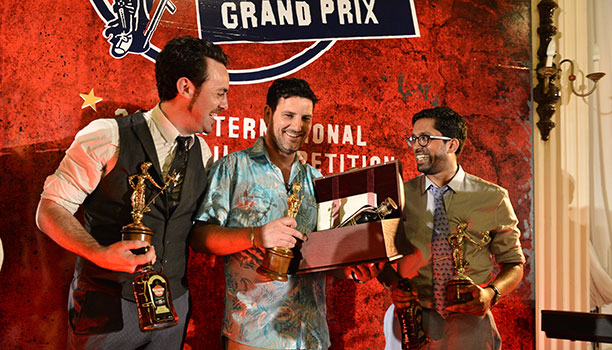 Havana Club International Grand Prix is an all-rounder global cocktail competition that judges entrants on the taste and creativity of their cocktails, as well as their style and professionalism of the Cuban bartender while serving them.

In a tough four-day final held in Cuba, Escot and two other finalists were challenged to create a cocktail from a box of mystery ingredients, including guava, orange, grapes, Cuban basil and peach bitters.