How has the vodka category performed in the last year, and where is it headed now? We select the vodka brands to watch in the coming months.

Despite being the world’s second-largest spirit category, global sales of vodka have remained largely flat for the past decade or so, with just 0.3% growth in 2012 (IWSR).

The global vodka category reached 493.9m nine-litre cases last year, driven by pockets of growth from the overwhelming popularity of flavoured vodka in the US, and on-going premiumisation in all markets, but whatever gain there has been in the last year has been offset by continued declines in Eastern Europe – still the largest vodka market at 2.5bn litres – as consumers switch to alternative spirit categories like whisky and rum.

The trend for consumers to switch from local spirits to international “status symbols” is inherent to many markets around the world – imported vodka is predicted to grow by 18.5m cases by 2018 (IWSR) – although nowhere is this more obvious with vodka than in Brazil. Vodka has become an increasingly fashionable tipple for aspirational Brazilians in bars and clubs, who are swapping out cachaça for imported vodka in their Caipirinhas. As a result of this trend, Brazil’s vodka sales are expected to grow by 2.6 million cases between 2013 and 2018 (IWSR).

In the category’s second-largest market, vodka accounts for 30% of all spirits sold in the US on-trade, with on- and off-premise consumption growing by 6% in 2012 (Technomic’s Adult Beverage Resource Group). Donna Hood Crecca, senior marketing director at Technomic, claims “the real driver was product innovation particularly around flavour”, a sub-category that is supporting growth in the US.

“If you look at the top line figures without breaking them down, everything seems to be fine, but it isn’t,” says Spiros Malandrakis, senior analyst at Euromonitor. “These consumers experimenting with flavours are moving from one to the next, and will definitely be interested in doing that at least for another couple of years. The danger is will they move completely out of the vodka category once they become bored?”

Analysts have been predicting a shakedown in the flavoured vodka market for some time, and signs of that happening are only just starting to be seen. On a more obvious level there has been a switch by some brands, particularly global ones, to quality flavours – tried and tested favourites that can stand the test of time and that use natural ingredients rather than artificial additives. Berry and citrus flavours in particular are predicted to weather the storm.

As interest in naturally produced, quality brands grows, so does that in craft spirits. In the US the “craft” market grew 500,000 nine-litre cases between 2010 and 2012 (DISCUS). One vodka brand to benefit from an increasing interest in the category is Tito’s Handmade Vodka, which established in 1997, has doubled volumes every year to grow to over 800,000 cases.

Click through the following pages to discover our pick of the three vodka brands to watch in 2014. 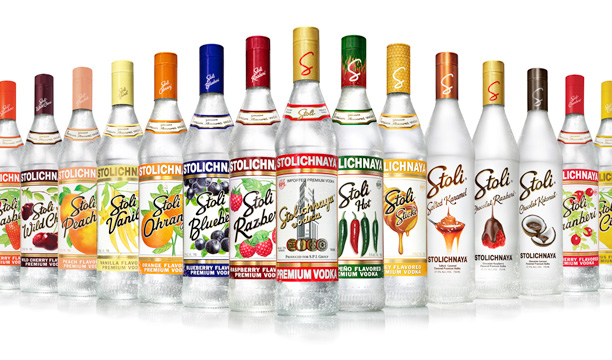 From January 2014 Stolichnaya will take over its own distribution in the US – its largest market with over 60% of sales – from William Grant & Sons. SPI Group’s Val Mendeleev expects that with its new infrastructure, Stoli can grow to over three million cases in the US alone in a couple of years. 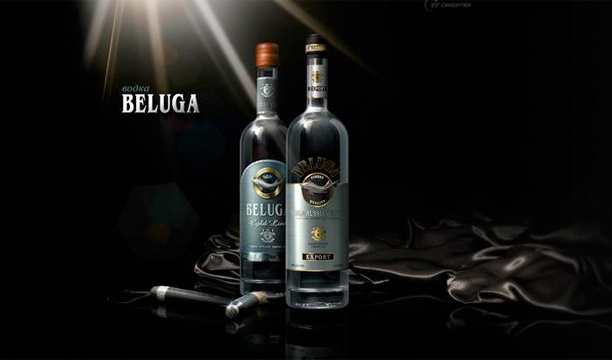 Positioned as a super-premium Russian vodka with an emphasis on provenance and quality as opposed to lifestyle, Beluga is primed to take advantage of a consumer shift toward authenticity in overseas markets, particularly the US where a shakedown of the flavoured category is “imminent”. 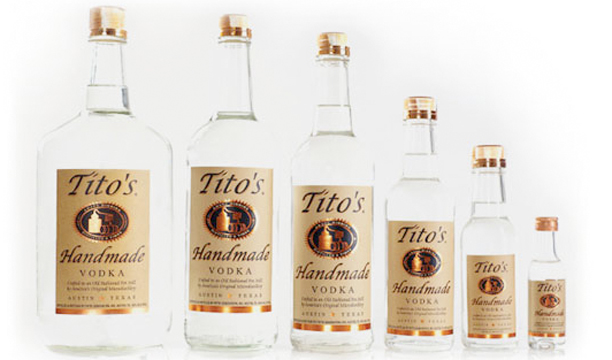 Already a cult vodka brand in the US, Tito’s is primed to take the world by storm in 2014. With Patron’s former COO John McDonnell now firmly in place as international sales manager, the Fifth Generation-owned brand is preparing for an explosion of distribution across the world. Expect to see Tito’s in the UK, Australia and Asia from early 2014.