Pernod Ricard has been a busy company in the past year, dreaming up a product developer’s dream of new innovations from spirit dispensers to Bourbon-Irish whiskey hybrids.

This week saw the group hold its second Innovation Day in Paris, the theme of which was The Conviviality of the Future”, at which 100 new innovations were presented.

Pernod claims innovation has been a core strategic focus of the group for the past four years, and accounts for 25% of its organic sales growth.

“Understanding, developing and imagining the conviviality of tomorrow – that is our aim,” said Pierre Pringuet, CEO of Pernod Ricard. “The conviviality of the future is a connected conviviality: mobile, instant and exponential, with its main vehicle for dissemination being the digital revolution.”

While Pernod has been working on several NPDs in the past 12 months, it has also brought about a handful of technological developments in the form of digital t-shirts and spirit dispensers. These new products form part of Pernod’s new digital project, the Digital Acceleration Roadmap, which will aim to enhance consumer experience.

“The digital revolution is a paradigm shift for our sector: for the first time, it allows producers such as us to engage in direct dialogue with consumers,” said Alexandre Ricard, deputy CEO of Pernod. “It is a crucial challenge for the future of our industry.”

With that said, we took a look back through some of Pernod Ricard’s top 100 innovations of the past year, and compiled our own list of the 10 we feel demonstrate the greatest innovation.

You’ll find them listed on the following pages, with everything from Bourbon-Irish whiskey hybrids to digital t-shirts and Cognac designed to pair with Chinese food. 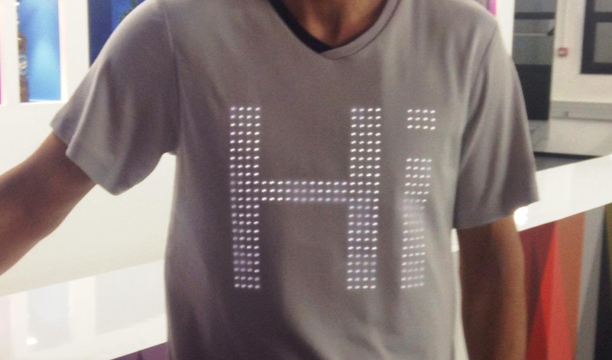 An update to the original design released in August 2012, the Ballantine’s tshirtOS 2.0 has absolutely nothing to do with Scotch whisky. Instead, Pernod Ricard has designed “the world’s first scrunchable and washable” digital t-shirt that allows wearers to display text of their choice and animation in real time.

The t-shirt allows wearers to share their Facebook status, Tweets, photos, songs and thoughts with anyone who so much as glances at them. It even features a built-in camera and headphone jack to listen to music from iTunes.

Co-created by Switch, the t-shirt is a tenuous link between modern technology and innovation and Ballantines’ mantra of “stay true”. If you’re after one you’re out of luck, as only 20 units have been created so far. They will however be on show in key Ballantine’s markets around the world, as well as in the video below. 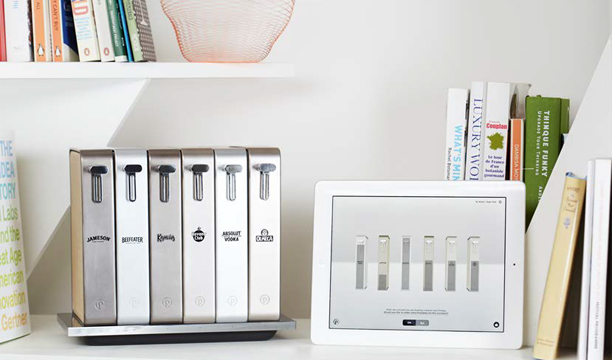 While still only a prototype, unveiled at Pernod Ricard’s second Innovation Day, Project Gutenberg is said to “reinvent the at-home cocktail experience”.

The project consists of two parts. The first is a “designer library” of futuristic-looking books that each contains and dispenses a particular product in the Pernod Ricard stable. The library digitally links to a smartphone app that monitors the level of liquid left in each book and reminds consumers when to top up. When the books run out of liquid they can be recycled, with a replacement book ordered for delivery from Pernod.

The second part of the project is the app itself, which features a range of tutorials about mixology, including cocktail recipes and personalised offers.

Pernod Ricard claims Project Gutenberg is “redefining cocktail culture”. We think it’s a potentially expensive replacement for traditional clear bottles and a cocktail book. Decide for yourself by watching a demonstration of its use in this video. 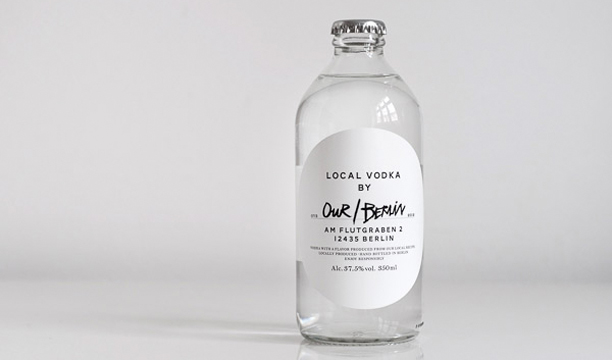 We’ve never come across a project quite this at The Spirits Business. Falling under the remit of The Absolut Company, Our/Vodka is destined to become a global brand produced in as many cities as the group can muster.

Let’s explain: The Absolut Company is partnering with urban micro distilleries in cities around the world to create a range of different vodkas which, according to each distiller, communicates each city’s personality.

Although every product created will be made to the same recipe and fall under the Our/Vodka brand, each expression will have its own flavour and style, having been produced using locally-sourced ingredients.

“Our/Vodka always looks the same but each city gives its name and character to the vodka,” Pernod says. We think its genius.

The brand launched its first expression in Berlin in March last year, but the range is soon to arrive in Detroit. 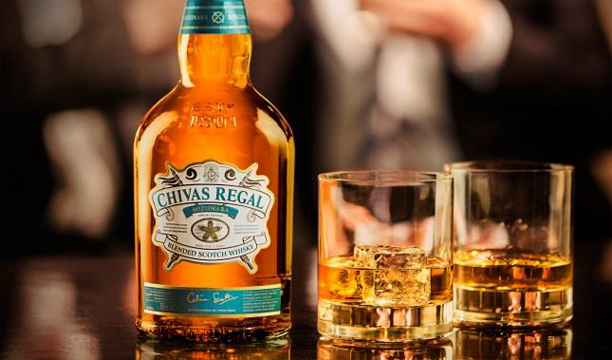 We’ve not come across a Scotch brand ageing its liquid in mizunara casks before, making this product a world first. Mizunara, a native wood to Japan, imparts an X taste to whisky.

As a tribute to Japanese culture, Chivas Brothers’ Colin Scott has selected several rich single malt and grain Scotch whiskies for the blend, some of which has been aged in mizunara casks.

“The result is a perfectly balanced Chivas blend, true to the smooth and mellow Chivas Regal style and brilliantly complemented by a subtle touch of spiciness,” Chivas claims.

Chivas Regal Mizunara is a Japanese exclusive, having been created specifically for the Japanese palate. 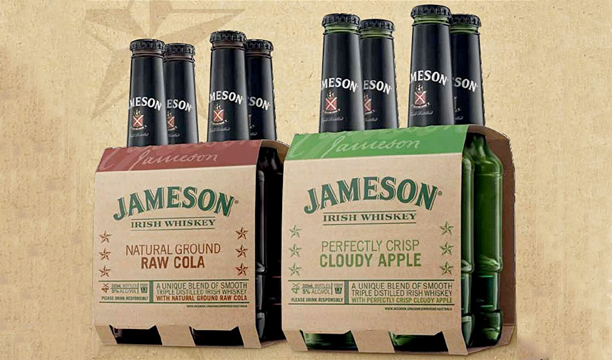 Jameson has branched out into the lucrative RTD market in Australia with a new range of Irish whiskey long drinks. Available in three 5% abv flavours: Jameson & Raw Cola, Jameson Cloudy Apple and the recently launched Jameson & Ginger Beer, the range is making the most of interest in premixes and Irish whiskey Down Under right now. 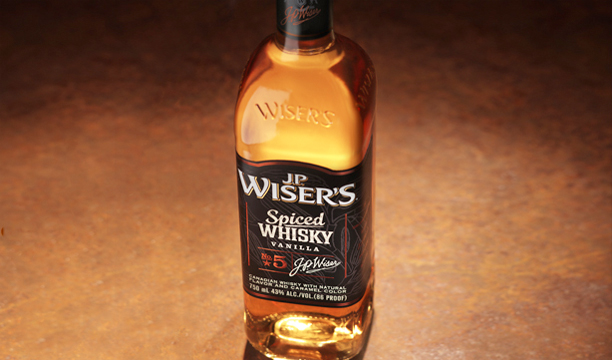 Pernod has become the second spirits group to blur the lines between whisky and spiced rum, with the launch of its J.P Wiser’s No.5 Spiced Whisky.

The group has used the story behind J.P Wiser’s nickname “The River Baron” – he controlled the spice route along the St. Lawrence River – to present a NPD with heritage.

Described as “the uncompromising taste of J.P. Wiser’s with a hint of spice,” the whisky has been created in 40% and 43% abv varieties and is available in the US and Canada only. 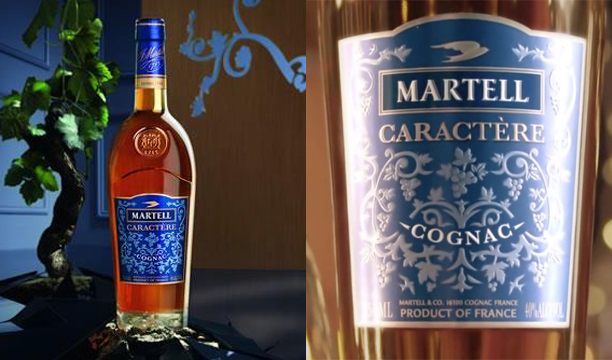 This edition of Martell Cognac was launched in California in October 2013 to coincide with the release of a short film produced in collaboration with actor Andy Garcia. The release is composed of a blend of two types of eaux-de-vie and has been aged in fine grain French oak barrels.

The launch coincided with a the release of a short film charting the life of Mambo music player Israel “Cachao” Lopez, which has been created through a collaboration between Martell and Cuban-born Garcia. 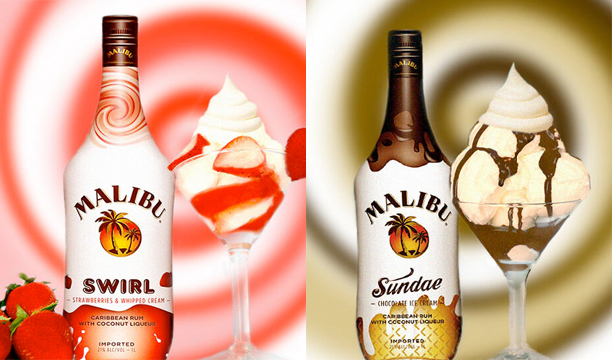 Malibu has undergone something of a complete brand makeover of late. The blend of coconut liqueur and rum was given a complete facelift last year and a few brand extensions to match.

While Malibu Island Spiced was launched in early 2013, more recent brand extensions include Malibu Swirl and Malibu Sundae, appearing on US shelves in an apparent bid to cash in on the extensive flavoured vodka market. Launched in July 2013, Malibu Swirl is a blend of strawberries, whipped cream and coconut. Malibu Sundae meanwhile is a combination of rum, coconut and chocolate. The pair joins Malibu’s rapidly expanding portfolio of flavoured spirit drinks, which includes everything from Malibu Pineapple to Malibu Sunshine. 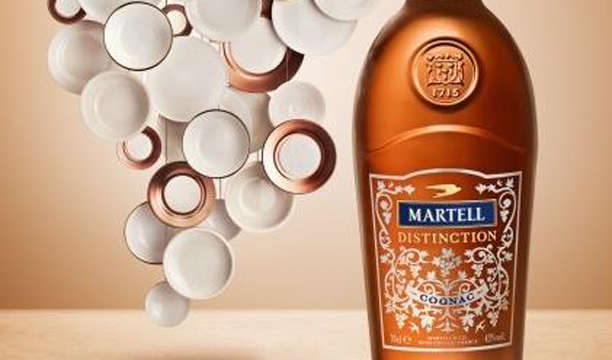 This is the first Cognac we’ve heard of that has been specifically blended to pair with Chinese food. Pernod is targeting Chinese meal times with the launch of Martell Distinction, which is described as an “enhancer of the spicy and sweet and sour flavours”.

It is only available in the Chinese market. 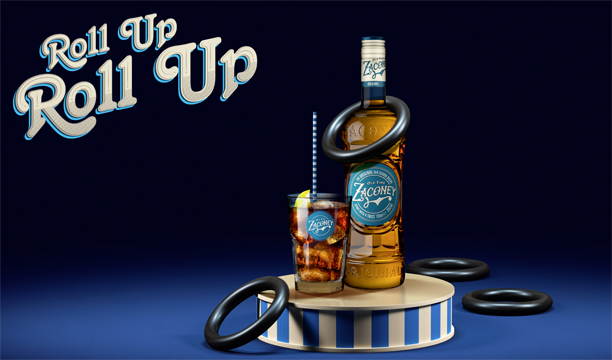 A new product development from Pernod Ricard Irish Distillers, Zaconey is a blend of Bourbon and Irish whiskey with natural berry flavours. Apparently inspired by the funfairs and carnivals of 1950s Coney Island, Zaconey is designed to capture the spirit of America in the era.

Pernod describes the 35% abv Zaconey as having a “distinctly modern twist”. We’re intrigued, but will have to make the trip to Ireland to give it a try.