The Macallan has released a limited edition Scotch to commemorate the 75th birthday of famed Japanese photographer Daido Moriyama.

Only 500 bottles, which include works personally selected by Moriyama from his book of the same name, Remix, will be available to purchase.

Brand-owner Edrington was inspired to create a whisky celebrating the life and work of Moriyama after attending an exclusive event at the Tate Modern.

“This made such an impression that we were moved to further celebrate Moriyama’s work by creating a very distinctive limited edition,” said Ken Grier, director of malts at Edrington.

“We felt passionately about capturing Moriyama’a challenging perspective and style. His influence over the photographic world in both Japan and the rest of the world has been profound, and we’re relishing his life and work with this latest release.” 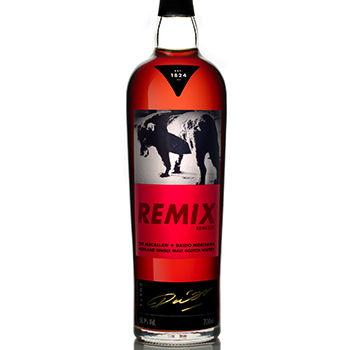 The new release is said to be “one of the darkest single casks ever released” with notes of “fig, date and clove” on the nose and “orange peel, spices and treacle” on the palate.

It is now available from DFS stores at Singapore Changi Airport at an RRP of US$1,750, with plans to extend release across specially selected travel retail stores from January 2014.

Photographers who have previously featured in The Macallan Masters of Photography series include Annie Leibovitz, Albert Watson and Rankin.