Entitled ‘Worldwide Celebrations’, this is the 15th edition of the calendar. Each month focuses on a unique festival throughout the world to “paint a stunning picture of global culture”, featuring celebrations from the Mardi Gras in New Orleans, to the Spring Festival in Beijing.

“The nature of my career takes me all over the globe and there is nothing more enjoyable to me than basking in local festivities and culture,” said Thurman.

“The 2014 calendar captures beautiful vignettes of these worldwide celebrations and I am thrilled to be part of such a special artistic project.”

Throughout the shoot, 43-year-old Thurman wears an array of glamorous dresses and Jewelry from Atelier, Versace, Stella McCartney, Zac Posen and Chopard.

Photographer Bolofo has previously shot for luxury brands including Louis Vuitton and Dior, as well as for fashion publications such as Vogue, Vanity Fair and GQ.

He said: “Working with such a stunning muse as Uma was a joy and helped push the boundaries of what this project could be. I am truly thrilled by the passion and style that the 2014 calendar embodies.”

Both calendars were notably less risqué than previous shoots, which have seen Salma Hayek bear her cleavage, Eva Mendes don a thigh-high dress, Jessica Alba wear a wet red number, and Milla Jovovich pose in not very much at all.

“The 2014 Campari Calendar is dedicated to the pleasure that comes from travel and discovery around the world,” said Bob Kunze-Concewitz, CEO of Gruppo Campari.

“Uma’s Passion and style shine through in each and every shot in the calendar; she is depicted as a heroine who truly embodies the concept of ‘global’ as she discovers and basks in a diverse array of visually stunning worldwide celebrations.”

Only 9,999 copies of the 2014 Campari Calendar will be distributed to friends of Campari internationally. 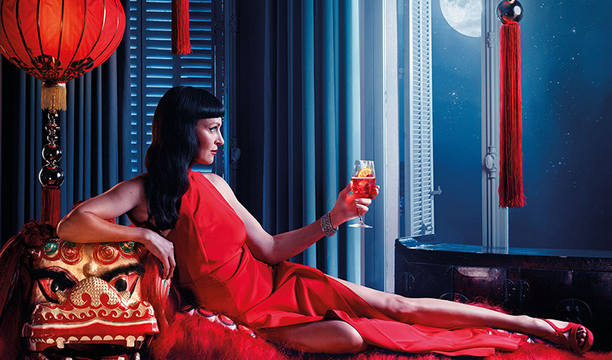 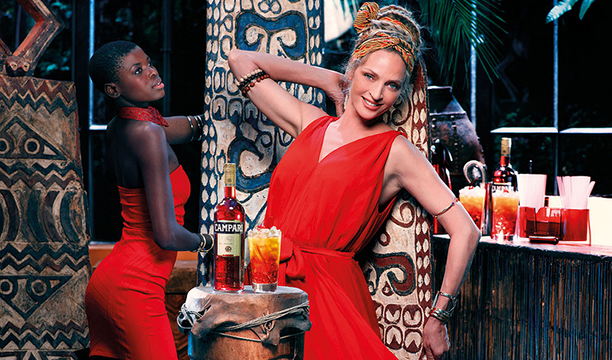 The vibrant Sauti za Busara festival, in Zanzibar, Tanzania, takes centre stage in the February image of the Campari Calendar 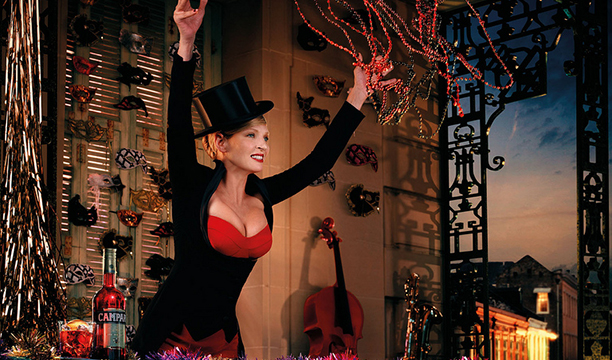 The Batman and Robin actress embodies the lively celebration of the New Orleans Mardi Gras festival. 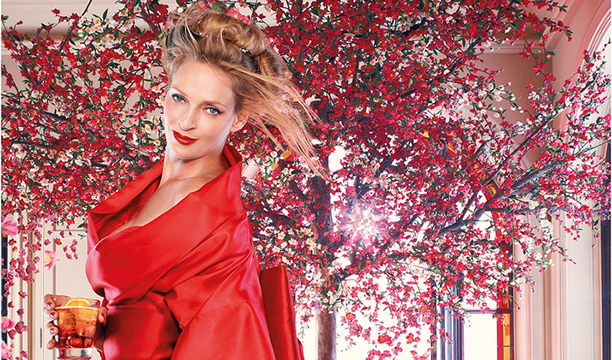 Here, the actress is shown to be enjoying Hanami in Tokyo, Japan – a traditional custom of appreciating the aesthetics of flowers. 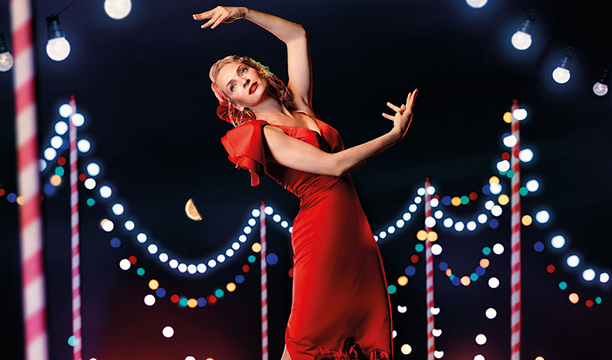 Thurman evokes the romantic spirit of the mediterranean in this shot, inspired by the traditional six-day-long Feria de Sevilla festival, in Sevilla, Spain. 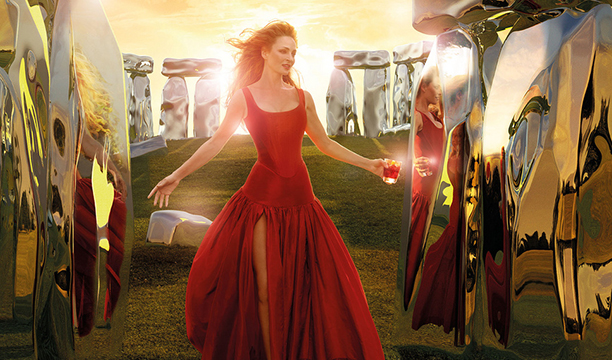 The quintessential English summer gets a decidedly modern twist in this shot which features Thurman frolicking through a metallic Stone Henge – representing the UK’s Midsummer’s Eve. 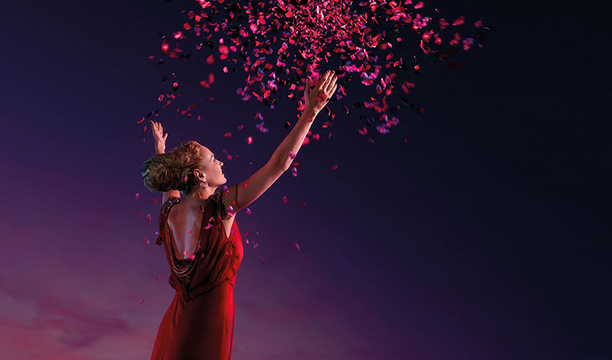 The confetti in this shot is evocative of the spectacular firework display at the Rhein In Flammen festival in Berlin, Germany. 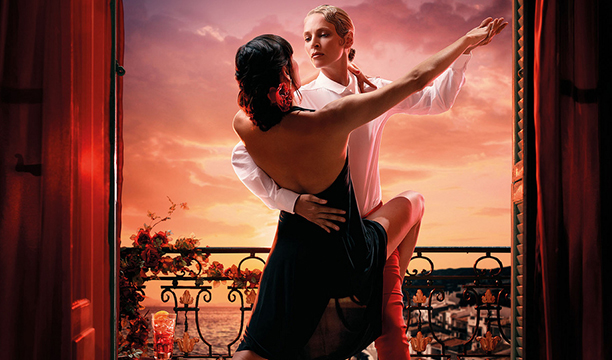 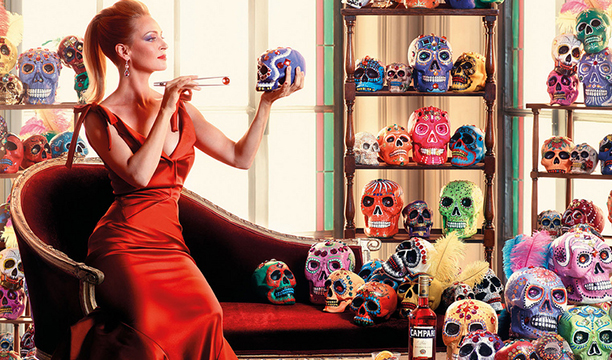 In a slightly creepy image, Thurman mimics the activities of those who attend the Festival de las Cavaleras – or the Festival of Skulls – held in Auguascaliente, Mexico. 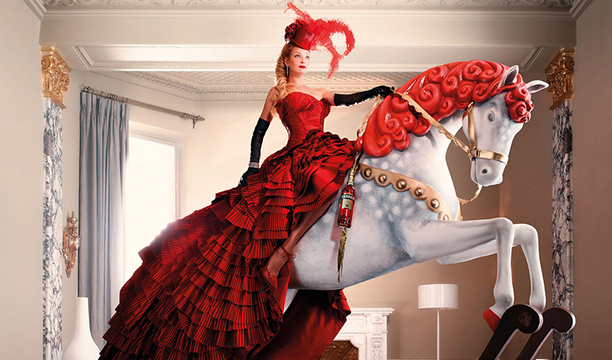 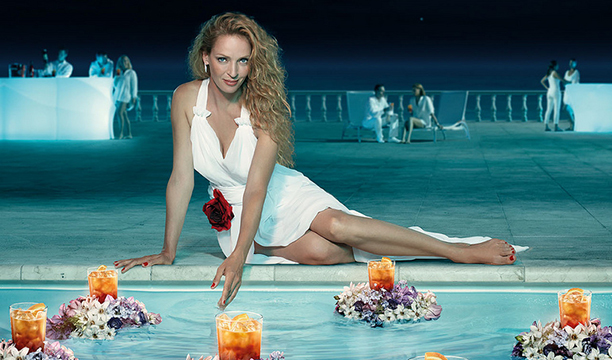 This shot reflects the celebration of Reveillon, a long dinner held over Christmas and New Year in Copacabana, Brazil, as well as parts of France, Portugal and Romania.