The world’s most haunted distilleries

If ghosts and ghouls are your thing this Halloween, our pick of the world’s most haunted distilleries are sure to get you nicely spooked out.

With such rich histories dating back over hundreds of years, it’s no wonder that distilleries are amongst the most haunted buildings in the world.

Workers and visitors have long held the belief that their distillery is occupied by at least one resident ghost, with many reporting strange noises, sudden chills and banging doors throughout the years.

Some sad tales of souls departed have even acted as inspiration for product releases, and many a distillery now even offers ghost tours as part of its visitor packages.

Know a haunted distillery we’ve missed? Let us know by leaving a comment below. 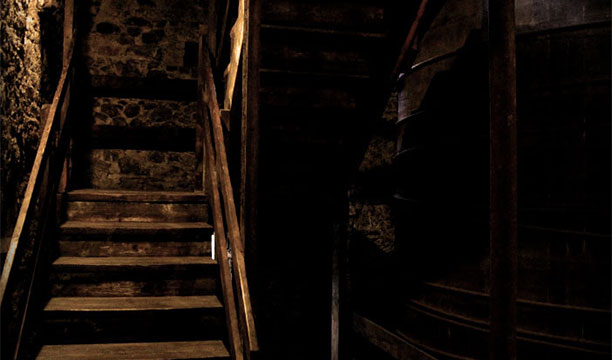 The Kilbeggan Distillery, or Lockes Distillery as it was originally known, dates back to 1757 and is known as one of the oldest licensed distilleries in the world.

With such a rich history, the site attracted the attention of Derek Acorah, infamous ‘psychic’ and star of the UK’s Most Haunted TV show. According to Acorah, several previous owners of the distillery continue to roam the grounds, including Kilbeggan’s founder Matthew McManus, and his son John, who was executed in 1798 for breaking curfew and for alleged membership of the United Irishmen.

During the show, Acorah recited several little-known facts he claimed the ghosts were telling him, much to the surprise of distillery manager Brian Quinn.

But it’s not just the psychic that’s had run-ins with apparitions at the historical distillery. For years  both locals and staff have told of close encounters and strange noises around the grounds. 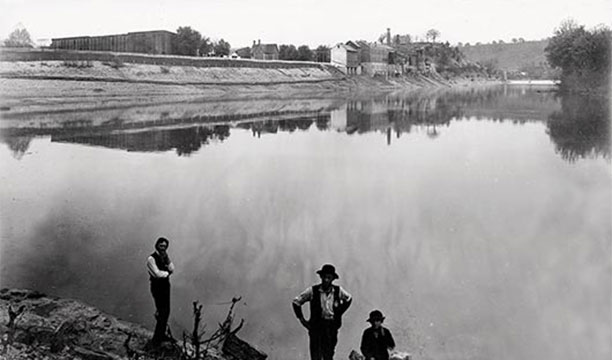 Ever since paranormal investigators from US TV show Ghost Hunters identified 27 ghostly presences at Buffalo Trace Distillery in Frankfort, Kentucky, the distillery has begun offering ghost tours as standard.

The tour begins at Warehouse C, where workers were once saved by a mysterious voice yelling “Get out”, just as the building collapsed around them, although none of the workers claimed to have said it.

It moves on up to Stony Point Mansion, the home built in 1934 by Albert B. Blanton, which according to Ghost Hunters is the most haunted area of the distillery. Distillery employees have claimed to have heard humming or singing – thought to be from the ghost of Blanton’s housekeeper Sarah – or heard footsteps and felt an icy chill. 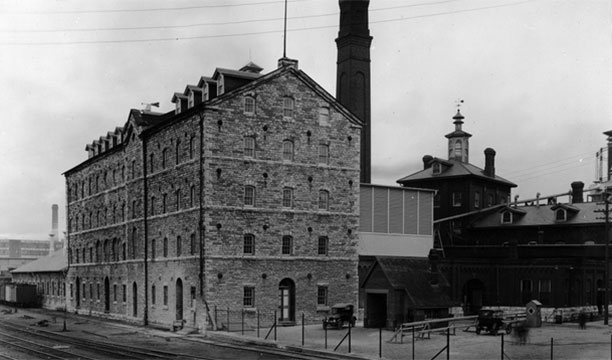 James Worts and his brother-in-law William Gooderham migrated to Canada from Suffolk, England to build a milling business in Toronto. But following the death of his wife during childbirth just a few years later in 1834, Worts committed suicide by drowning himself in the windmill’s well.

The mill went onto become a distillery, led by Gooderham and Worts’ eldest son, also called James, and became the largest distiller of alcoholic beverages in the world, producing 2.1 million gallons a year.

By the 1880s, both Gooderham and Worts had died, and as the country entered Prohibition, the distillery nearly went with them. It was only after being purchased by Harry C. Hatch in 1923 that bizarre occurrences began happening around the distillery. Workers and visitors to this day report doors opening and closing, and lights flickering as the James Wort Snr himself continues to show up for work. 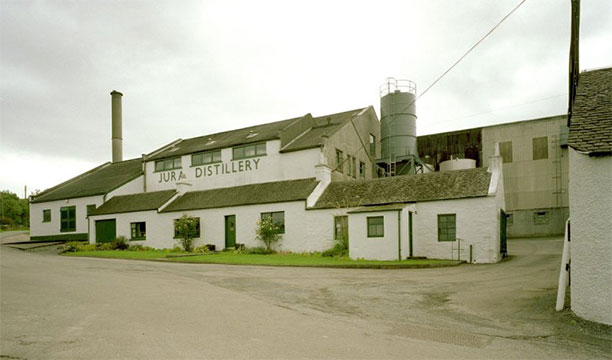 The ghostly tale that inspired Jura Prophecy is one of witchcraft and revenge. Legend says that the cruel landowners of the time attempted to raise taxes and destroyed the homes of families unable or refusing to pay. One woman who stood up to the Campbells is said to have cursed the family, with the last surviving member destined to lose part of his sight and leave the island with all his worldly possessions in a cart, drawn by a white horse, which is what happened to Charles Campbell in 1938. 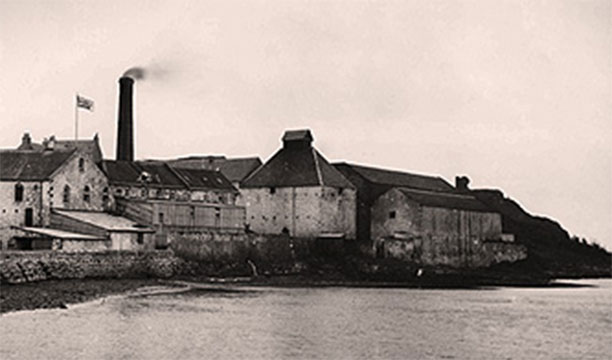 There are many creepy ghost stories relating to the oldest Scotch distillery on Islay, founded back in 1779.

While a resident ghost is said to inhabit the distillery’s vaults, distillery workers are said to have chased the Devil himself from the round church of Bowmore down to a paddle steamer laden with Bowmore whisky casks headed for the mainland (the distillery this month released an expression inspired by the tale: The Devil’s Casks).

The most famous ghostly story associated with Bowmore, is that of the headless horseman. An Islay crofter named Lachlan Bàn returned home one night to see a headless horseman riding away from his house, his front door wide open and an open bottle of Bowmore on the floor with a large dram missing.

Bàn regaled his tale to the island, who to this day will not offer an opened bottle of whisky to guests for fear of attracting the headless horseman.