The travel retail show of the year flies into Cannes next week, with a mouth-watering lineup of new, exclusive spirit launches in tow.

The TFWA World Exhibition in Cannes, taking place this year from 20-25 October on France’s Côte d’Azur, follows May’s successful TFWA Asia Pacific Conference and Exhibition in Singapore, where record numbers have cast expectations of an equally strong turnout in Cannes.

Over 6,000 delegates will be visiting around 3,000 products across over 440 stands at the five-day event, with wine and spirit brands accounting for almost a quarter of companies present.

Often providing a prime opportunity for brands to get their feet wet in new markets without the bold step of securing domestic distribution, travel retail is abundant with new, exclusive  launches from Scotch and Cognac to vodka and Tequila, all designed to catch the attention of weary travellers.

“TFWA World Exhibition is the largest and the most influential event in the calendar of this dynamic industry and, in my view, the best just gets better every year,” said Alessandra Visconti, TFWA vice president corporate. “If you want to succeed in duty free and travel retail – either as a supplier or as a retailer – you really ought to be there.”

The exhibition itself presents a prime opportunity for spirits buyers, distributors, retailers and brand owners to make new contacts and cement business relationships, but the sheer size of the show can be somewhat overwhelming.

With TFWA Cannes just days away, we’ve compiled our pick of the new spirit launches not to miss at the show, or in a travel retail outlet near you soon. 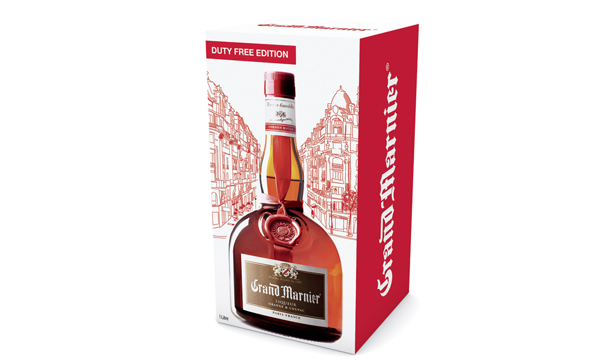 Grand Marnier will unveil at TFWA Cannes a new campaign and exclusive packaging showcasing the brand’s Parisian origins, with the aim of capturing the interest of Asian and Russian travellers, as well as refreshing its image for Europeans and Americans.

The campaign was first launched at Paris Charles de Gaulle airport – one of the top European hubs for Asian, Russian and North American travellers – before being rolled out to the rest of the world.

The highlight will be new packaging for Grand Marnier’s one litre bottle, which since September is available in packs with or without a gift glass.

WHAT THEY SAY: “The new campaign symbolises Grand Marnier’s special relationship with Paris. Glossy red, the brand’s iconic colour, dominates while delicate white lines outline a panoramic view of the Paris skyline, symbolising the intrinsic relationship between the brand and the City of Lights.” 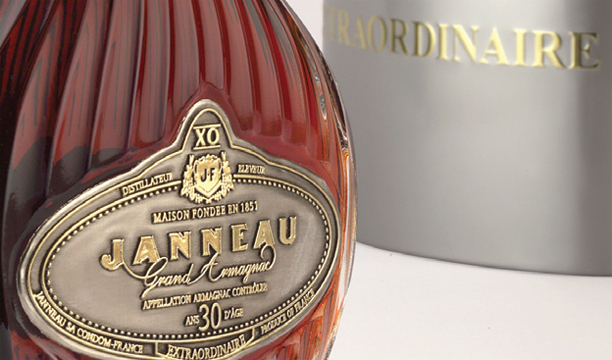 Armagnac Janneau, the first exported Armagnac brand, will be exhibiting for the first time at TFWA Cannes following its debut at TFWA Singapore in May. The leading Armagnac brand in Western Europe, Eastern Europe and Russian travel retail, features VSOP, XO Royal and older vintages in its range.

After recent successful listings in World Duty Free at London Heathrow, Dubai and Qatar Duty Free, Armagnac Janneau is seeking to supply more of its XO and

Vintage products to other travel retailers.

WHAT THEY SAY: “Janneau has always kept innovating in the Armagnac category and will continue to do so in future. It reintroduced the pot still distillation method to the region of Armagnac and a few years ago launched a unique Single Distillery range.” 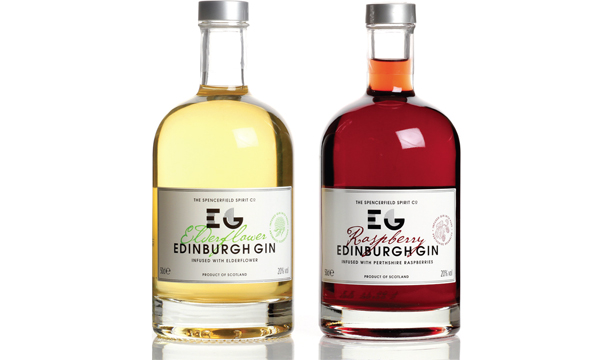 Ian Macleod Distillers is to showcase two gins from independent Scottish distillery Spencerfield Spirit Company at its stand at TFWA Cannes, as part of a partnership agreement between the two companies in May.

Raspberry Infused Gin is made using a traditional recipe using Perthshire raspberries, Edinburgh Gin and cane sugar for a tart, deep raspberry flavour. The Elderflower Gin meanwhile is made from fresh, handpicked elderflowers that give notes of pear, peach and grapefruit.

Both gins are 20% abv and available in cases of 12x500ml bottles that will be available in travel retail from Spring 2014.

WHAT THEY SAY: “Edinburgh Gin is produced in small-batch quantities ensuring that only the finest quality ingredients are used to produce a refreshing clean, crisp gin.” 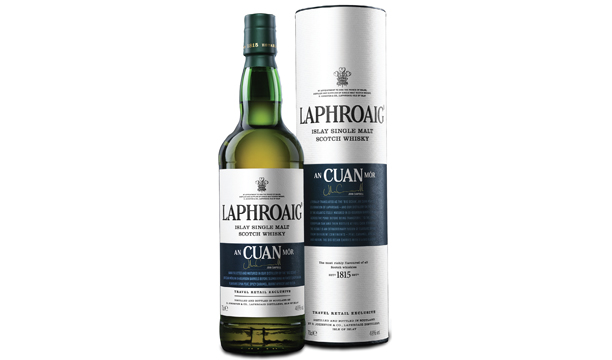 Following the introduction of its QA Cask in April and PX Cask in 2012, Laphroaig is launching the third and final instalment in its no-age statement travel retail line-up at TFWA Cannes. The Laphroaig An Cuan Mór, meaning The Big Ocean in Gaelic, is matured first in 18- year-old Bourbon barrels before being recasked for a second maturation in European oak casks. Laphroaig An Cuan Mór will retail for €95 for a 700ml bottle.

WHAT THEY SAY: “The result is a fusion of distinctive peat flavours together with soft and spicy caramel tones from the American wood and burnt apricot and raisin notes from the European oak.” 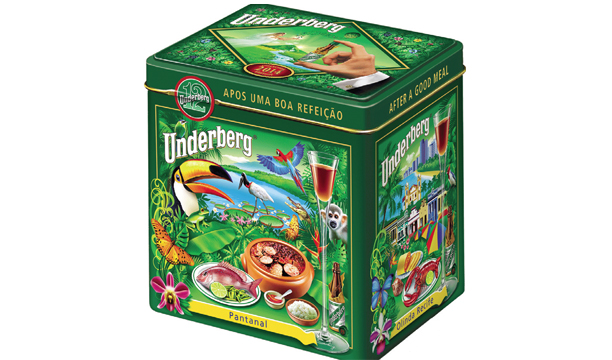 A regular exhibitor at TFWA Cannes, Underberg AG is this year showcasing Brazil on its annual gift tin for its eponymous German herbal digestif brand, as it continues its journey around the world.

With the next World Cup taking place in Brazil in June 2014, the group has chosen to highlight four other aspects the country has to offer, including its architecture, the UNESCO World heritage site of Panantal, the city of Recife, and the capital of the Amazonas, Manaus.

WHAT THEY SAY: “Brazil offers many more unique highlights than just football and samba passion that are included in four different panel themes.” 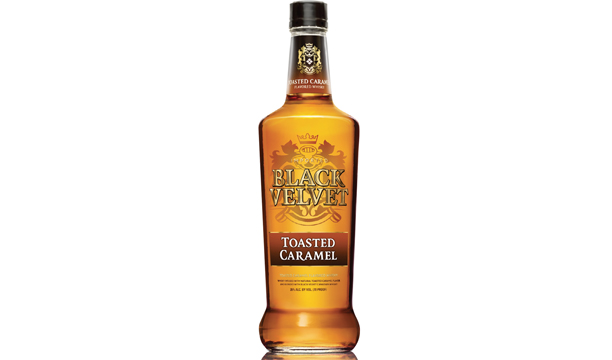 Constellation Brands is introducing its Black Velvet Toasted Caramel Canadian whisky to the world stage this year after a successful first year on the US market. The expression, which is created from rye, corn, water from the Canadian Rockies and natural toasted caramel flavours, will be showcased for the first time at TFWA in Cannes.

Constellation hopes the astronomical growth of flavoured spirits in the US (up 58% for the year to August 2013), will be mirrored in travel retail. To support its roll out in the sector, Black Velvet Toasted Caramel will now also be available in one-litre and 1.75-litre bottles.

WHAT THEY SAY: “Black Velvet Toasted Caramel is introducing a host of new consumers to the Black Velvet brand, by giving them a unique and flavourful new way to enjoy the whisky experience. We are excited to introduce this Black Velvet innovation to our International consumers and we look forward to share this new flavour expression at the TFWA in Cannes at our stand.” 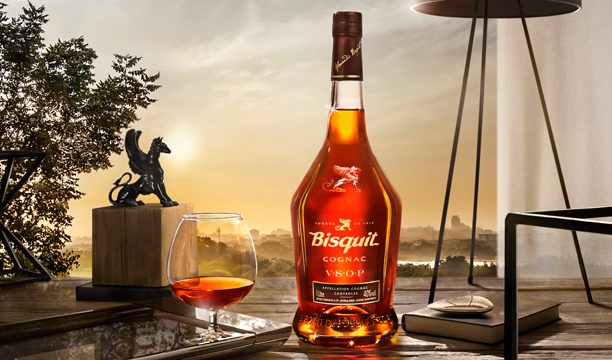 Distell has experienced 68% volume increase for its 200-year-old Cognac brand Bisquit in duty free in the past year, partly due to expanded listings in key airports and tourist locations in Moscow, Singapore, Dubai, Taipei and Seoul.

WHAT THEY SAY: “We are looking forward to our time at TFWA – the most important show for duty free in the world – and to sharing in the tremendous duty free growth that the House has had over the last year.” 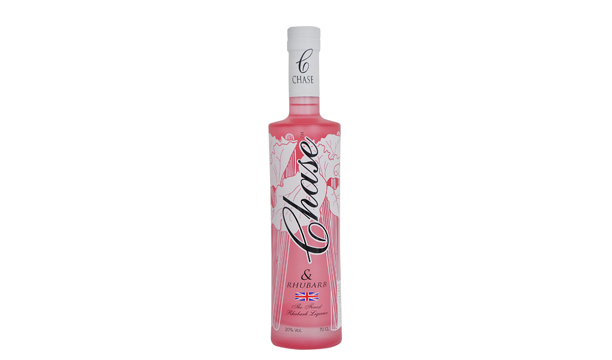 New to World of Patria International’s (WOPI) portfolio this year is  Herefordshire distiller Chase’s limited edition Rhubarb Vodka, the success of which led to a re-brand for the range and new individual-sized bottle.

Chase’s English potato vodka is marinated with Herefordshire-grown rhubarb to create a subtle sweetness with a hint of rhubarb and custard on the palate with a pale pink hue. Also being showcased by WOPI is the new Miniature Book trio pack from Chase, featuring Chase Original Vodka, Williams Chase Elegant Gin and Chase Marmalade Vodka, all in hardback book-style packaging.

WHAT THEY SAY: “These two new products from Chase are excellent additions to the WOPI portfolio. Both are unique products in their own right and perfect for travel retail, particularly the gifting market.” 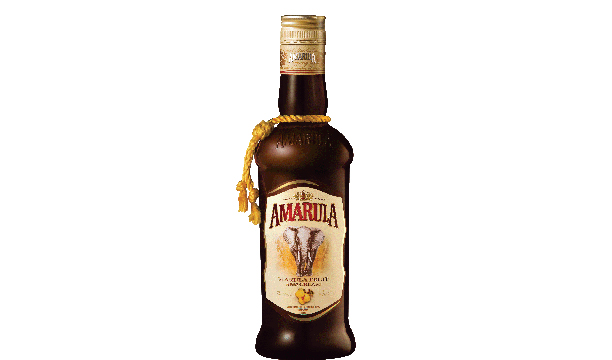 Full bottles of cream liqueur are generally bought by consumers for sharing. To encourage solo consumption, Underberg AG is launching a 200ml version of the popular South African cream liqueur in travel retail.

Made from cream blended with the distillate produced from the fruit of the marula tree, Amarula has grown to become the 36th best-selling product in the IWSR’s travel retail/ duty free rankings, as well as being the second-largest selling cream liqueur.

WHAT THEY SAY: “Amarula single 200ml is a serving that’s enough to fill a glass, plus has an extra few sips inviting you to indulge a little longer.” 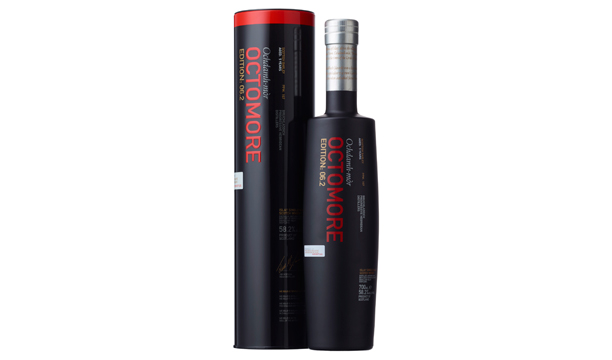 This five-strong, no-age-statement range is the first travel retail launch from Islay single malt Bruichladdich since Rémy Cointreau acquired the business in September 2012.

WHAT THEY SAY: “We’re positioning Bruichladdich to appeal to the gift-buyer looking for something out of the ordinary and to the adventurous consumer looking for a more contemporary approach to malt whisky.” 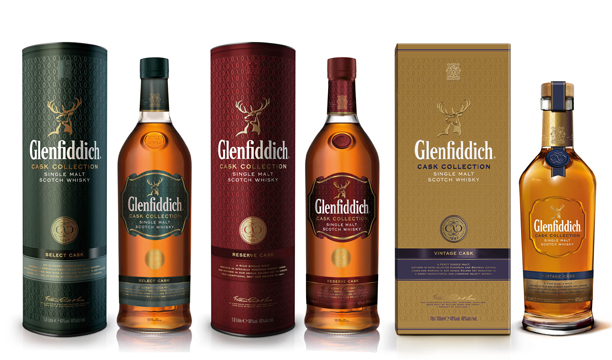 Glenfiddich is unveiling its new Cask Collection of travel retail exclusive single malt whiskies, which William Grant & Sons is calling its “most innovative launch of the year”.

The no-age-statement releases come in three varieties – Select Cask, Reserve Cask and Vintage Cask – although the latter, which is unusually peaty for Glenfiddich, will not be launched until early 2014. Grants has partnered with Heinemann and DFS to carry the range until April 2014, when it will be more widely available to other retailers.

WHAT THEY SAY: “Each expression in the Glenfiddich Cask Collection has a unique flavour and style, designed to appeal to the varied preferences of single malt drinkers around the world.” 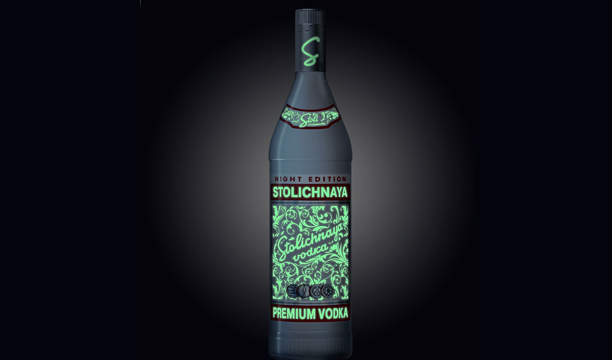 New and exclusive to travel retail is the Stoli Night Edition from SPI Group, which by day looks like a regular bottle of vodka, but begins to glow when the lights go out.

The front label is specially designed with a glow-in-the-dark pattern that absorbs the energy of light whether from sunlight or electric lights.

The new one-litre limited edition will be available only at select duty free outlets from December 2013, following its showcase at TFWA in Cannes.

WHAT THEY SAY: “For travelers who covet a rare and premium bottle, who appreciate a good party with friends, who love a well-crafted cocktail – Stoli Night Edition is the ultimate indulgence.” 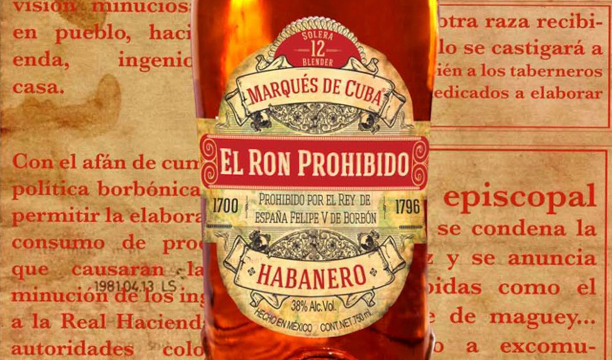 Fraternity Spirits World is all set to showcase their new prohibition rum Marques de Cuba Habanero at TFWA Cannes for the first time. The rum itself is inspired by the style of rum created in the 1700s, when Spanish ships arrived in New World colonies loaded with sweet wine stored in barrels. The empty barrels were filled with Chinguirito – a rum produced in Mexico – and shipped back to Spain. During the journey the rum would take on the flavours of the wood making it a popular product among the Spanish.

However the King of Spain saw a threat to his country’s existing products and banned the rum.

WHAT THEY SAY: “Chinguirito was also known as Habanero because the last stop on the way back to Spain from the New World was Habana, Cuba.” 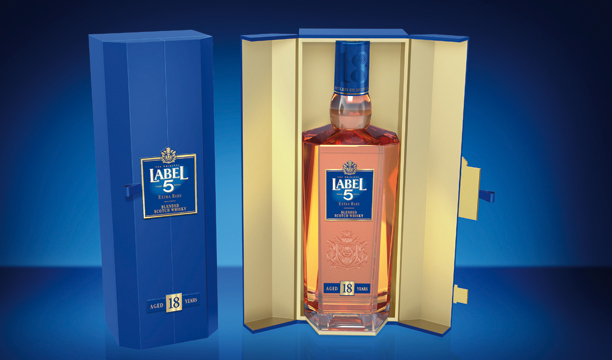 A blend of malt and grain whiskies that are matured for at least 18 years, Label 5 Extra Rare is the latest addition to the Scotch whisky brand’s portfolio. Unveiled at TFWA Cannes, the expression is presented in packaging similar to its Label 5

Classic Black, but with blue labelling designed to enhance the premium nature of the product.

WHAT THEY SAY: “Our objective with this new super-premium reference is to combine expertise, tradition and modernity and we’re delighted with the result. This addition will attract new consumers to the brand and give the opportunity to our loyal consumers to try something new within the Label 5 range.”