Top 10 movie drinks of all time

The rich tapestry of film history is sticky with depictions of alcohol consumption – which can offer everything from light comedic relief to a tragic denouement, prompting us to list our top 10 movie drinks of all time.

From down-and-out drunks and corrupt whisky-swigging cops, to mysterious femme fatales and glamorous modern-day bar hoppers, characters across the spectrum of movie genres have become almost synonymous with their choice poison.

While the drunken tomfoolery of lovable rogues in the early 20th century provided slapstick humour, the booze in-fuelled gangster violence in later mob movies prompted audiences to gasp in horror.

This soon progressed to the sophisticated portrayal of the controlled drinking of stealthy spies in tales of espionage and the self-destructive over-indulgence of the modern-day anti-hero in the independent films.

Since the creation of the medium, depictions of drinking have altered dramatically, providing memorable scenes and hilarious cult references along the way.

And so, pour yourself a drink, put on a film, and click through the following pages to see our top 10 movie drinks of all time. 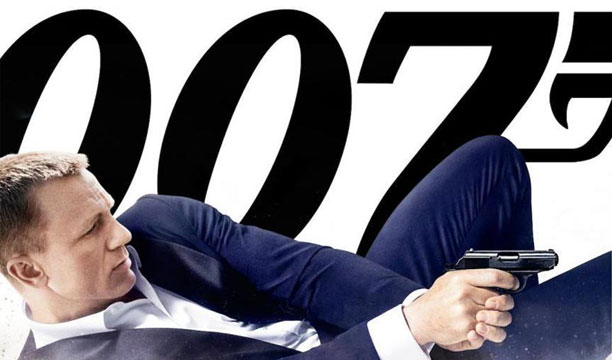 In the latest James Bond blockbuster, we see Bond and disfigured super villain Silva all enjoy The Macallan on several occasions, which Silvia refers to in one scene as Bond’s favourite drink.

The most memorable moment The Macallan reared its head was in a scene where our hero had been captured by Silva, who in turn offered Bond a dram of a 50-year-old expression, The Macallan 1962.

The Scotch whisky, a single malt matured exclusively in Spanish sherry oak casks, was also served at the film’s premieres in South Africa and in Singapore.

A bottle of 1962 The Macallan which had been signed by cast members sold at a charity auction for £9,635 earlier this year. In an interview with Ken Grier, the Edrington director of malts alluded to having paid a hefty sum to appear alongside Bond. 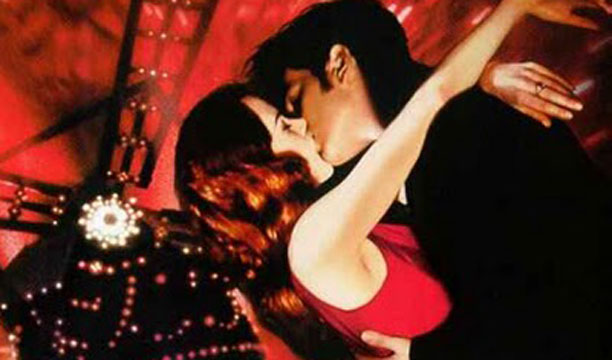 In the debauched Parisian underbelly, Australian singer Kylie Minogue takes the embodied form of the spirit as the green fairy – or la feé verte – who magically appears before Christian shortly after he tastes the drink for the very first time.

The drink has been linked with artistry and creative processes throughout the ages, with Oscar Wilde, Vincent Van Gough, Pablo Picasso and Toulouse Lautrec – who also features in the film – all being fans of the controversial drink that was banned in France in 1914 due to its purported psychoactive properties. 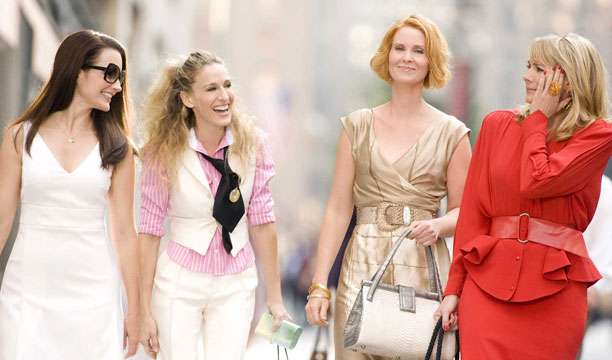 Not only did the television series bring the cocktail back into fashion, it made the Cosmopolitan a household drink.

As the star of the show, Carrie Bradshaw’s choice cocktail, the Cosmo, hit unprecedented levels of popularity at the same time that the show did.

The cocktail continued to be enjoyed by Carrie and her friends in the silver screen version of Sex and the City, and women the world over nostalgically indulged in the beverage at the film’s showing.

Consisting of vodka, Cointreau, lime juice and a dash of cranberry juice, the drink became so popular that it became representative of the life of the modern urban woman in the 1990s. 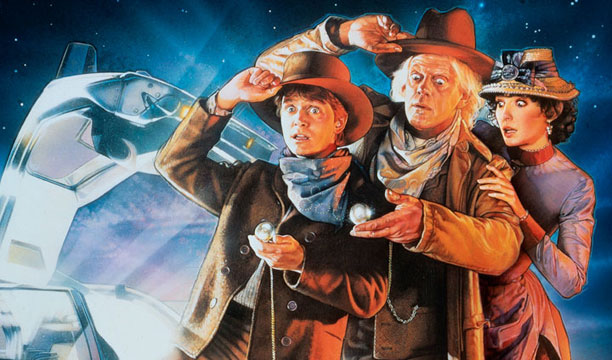 One of the many whacky inventions of mad professor Doc Brown, this drink was created as the perfect way to sober up.

Composed by an eye watering combination of onion, mustard seeds, cayenne pepper, chili peppers, Tabasco sauce and olive juice, the spicy concoction will probably make you sicker then you were beforehand, although one can assume it does, nevertheless, do exactly what it says on the tin: it WILL wake you up. 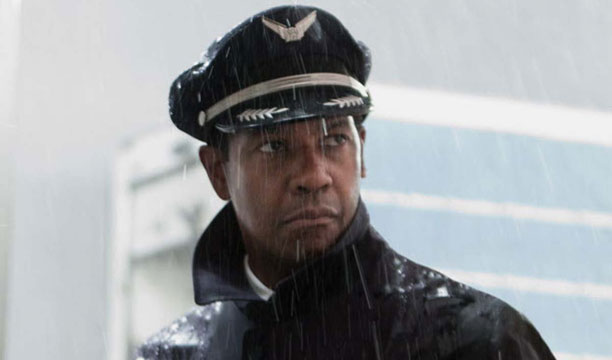 A favourite of alcoholic pilot Whip Whitaker, played by Denzel Washington in the Oscar-nominated film, Stolichnaya Vodka features prominently throughout the movie – much to the disgruntlement of the Russian company.

The film charts Whip’s tragic decline from hero to zero after it is discovered that he had alcohol in his bloodstream when he safely landed a nose-diving plane. 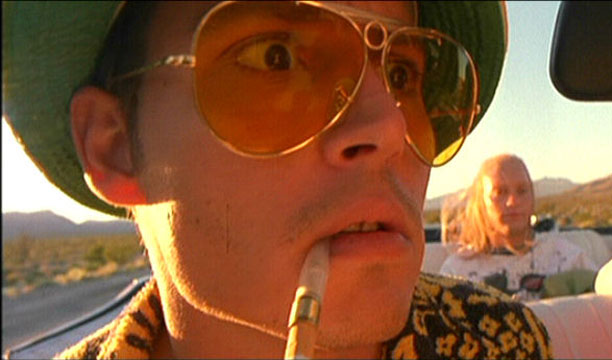 The Singapore Sling was the choice cocktail of Hunter Thompson’s alter ego Raoul Duke before he embarked on a drug-induced trip to Vegas – though he famously insisted on a “mescaline on the side”.

This kitsch South-East Asian cocktail, which rose to prominence in the 1950s, is made with grenadine syrup, gin, sweet and sour mix, club soda and cherry brandy.

Invented in the early 20th century by a bartender in Singapore, the drink did not enter the mainstream until it was mentioned in Thompson’s gonzo classic. 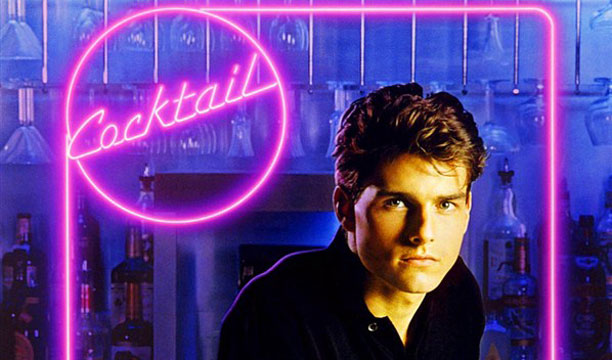 The 1980’s cult film, starring Tom Cruise, brought the Red Eye – said to be the perfect morning-after cocktail – to the attention of hungover party-goers the world-over.

A masterpiece of bartender Doug Coughlin, played by Cruise, the Red Eye is made of tomato juice, a cracked egg, vodka and cold beer. 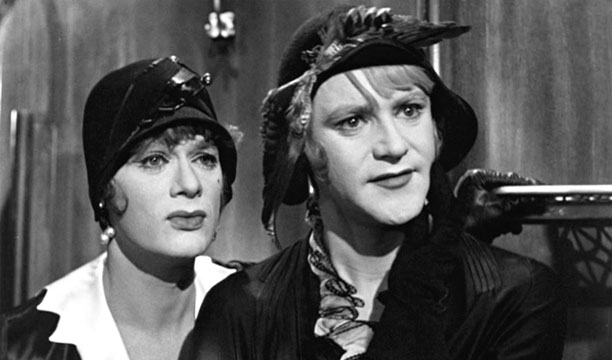 Set in Prohibition-era Chicago, this screwball comedy charts the raucous journey of cross-dressing duo Joe and Jerry as they attempt to escape a threatening mob boss.

While fleeing the city, the men enjoy an impromptu cocktail party on an all-female train – where Manhattan’s were the preferred drink.

Although there are a few variations of this cocktail, the most common style includes a measure of Bourbon, a half measure of vermouth and Angostura bitters. 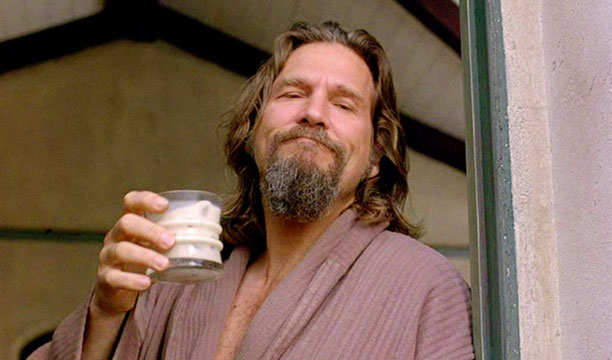 The cocktail is traditionally made of vodka, coffee liqueur and cream yet also has various other incarnations such as the White Canadian (with goat’s milk), the Blind Russian (with Bailey’s ice cream), the White Cuban (with rum instead of vodka), and the Anna Kournikova (with low-fat milk). 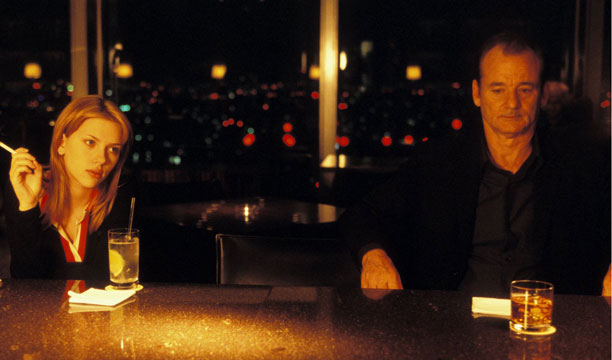 Directed by Sofia Coppola, this film stars Bill Murray as faded actor Bob Harris who is in Japan to star in a Suntory Whisky advertisement, eventually becoming disillusioned and alienated by the whole experience.

With the accompanying tagline “for relaxing times, make it Suntory time”, the whisky takes a starring role in the movie.

The Japanese whisky company is the oldest distillery in the country and has since moved in to other areas of business such as non-alcoholic soft drinks and food.