The IAADFS show in Orlando next month is an unmissable opportunity for spirits brands to target duty free retailers and distributors in the US and Latin America.

According to a JMG survey last year, one-fifth of US consumers never visit wine and spirit duty free stores. It’s thought a major reason is that people travelling abroad rarely see any new products exciting enough to tempt them.

It’s evident in the selection of spirits being exhibited at this year’s International Association of Airport Duty Free Stores (IAADFS) at the Orlando World Centre Marriott in Orlando, Florida on 7-10 April.

Almost 30% of the show’s 200 exhibitors will be showcasing spirits products as their primary focus – including Bacardi USA, Brown-Forman, SPI Spirits Cyprus and Underberg – taking up over a third of the entire space. The products on show range from innovative travel retail exclusives to collectors’ items and heritage brands, all hoping to catch the eye of the retailer – and more importantly – the traveller.

It may be half the size of TFWA Cannes, but IAADFS Orlando is a prime event for companies looking to improve their footprint in US duty free, as well as meet distributors, retailers, producers and buyers.

The spirits on show this year include: 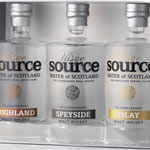 Uisge Source waters
COMPANY: World of Patria International
STAND: 1300
Having already launched in the UK and Europe, Uisge Source waters are making their US travel retail debut at IAADFS on distributor World of Patria’s stand. A collection of waters sourced from various regions around Scotland – including Islay, Highland and Speyside – Uisge is designed to complement whiskies heralding from the same region. Usually available in 100ml bottles, a pack featuring all three will be exclusively produced for travel retail. 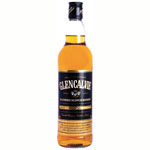 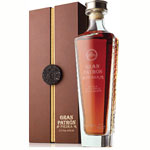 Gran Patron Piedra
COMPANY: Patrón Spirits
STAND: 531
Patrón is set to unveil the ultra-premium Tequila brand’s first extra-anejo expression at this year’s show, as it launches exclusively into travel retail before a domestic roll-out. Gran Patrón Piedra has been produced using only the traditional Tahona production process and aged for over three years in American and French oak barrels. Bottled at 40% abv (80 proof), the Tequila is the first ever duty free exclusive from the company. Although an RRP is not yet finalised, Patrón says it will fit in somewhere between Gran Patrón Platinum and Gran Patrón Burdeos. 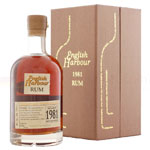