Craft bars are still going strong in America, with a wave of exciting new ventures about to hit in 2013, writes Paul Clarke.

Today, with the recent debut of second and third generation craft cocktail bars in major cities, and with the blossoming of ambitious drinks programmes in smaller markets across the continent, creativity and innovation in North American bars appear to have reached critical mass.

A gradually rebounding economy is translating into a flurry of bar openings from New York to San Diego; here are a few of the many noteworthy bars that are making their mark in 2013. 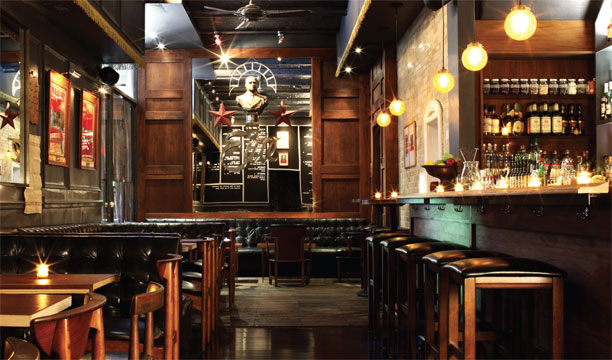 Australian barman Naren Young has long been a fixture of New York’s craft-cocktail scene, helming the bar at trailblazing establishments including Public, The Dutch, and Saxon & Parole.

The Daily, a companion bar to Public that opened in Manhattan’s Nolita neighbourhood last April, is Young’s newest venture, a small and stylish space (the bar is owned by AvroKO, a design firm) with a drinks programme that demands the best of Young and his bar staff. Taking the bar’s name to heart, Young instituted a programme in which the menu of six drinks – one a large bottled cocktail, intended to be shared between two guests – changes every day.

The approach is echoed in chef Brad Farmerie’s food menu, which leans to adventurous bar snacks such as fried whitebait and a pork-intense banh mi. Working with his bartenders a week in advance, Young sorts through a Rolodex on the back bar that contains 600 drink recipes, selecting a range of old favourites and esoteric originals that will make the best use of The Daily’s talented team, and of its impressive assortment of spirits, bitters, and house-made ingredients.

The day’s chosen drinks are then mounted on a large felt menu board (and posted on the bar’s Facebook page), and guests return for a bibulous journey that may be much different from the one they experienced during a previous visit.

“We try to have something for everybody – a long drink, a short one, a drink on a big ice cube and maybe a frothy drink – and try to find a balance for each day,” Young says, noting that the staff juggle recipes to prevent an overlap between spirits, flavours and styles of drinks. A recent menu included a bottled El Presidente, a genever-based Lavender Collins, a sparkling Negroni Sbagliato as a lighter aperitif, and a Cognac-rich Harvard as the day’s “On the Rocks” drink.

“It sounds like a daunting task, but we’ve found our rhythm, and it seems interesting for locals and regulars to be able to get something different all the time,” he says. “It keeps the community engaged.”

…AND THE BEST OF THE REST
Pouring Ribbons, New York City 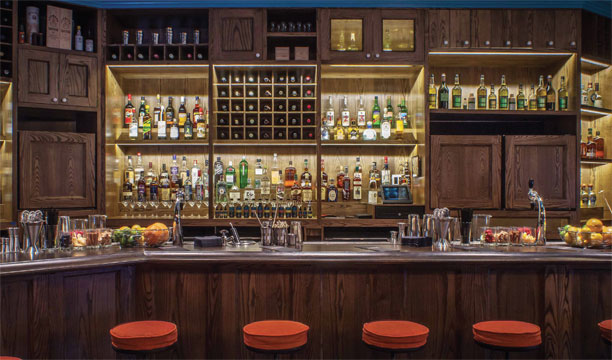 Named American Bartender of the Year at Tales of the Cocktail in 2012, Joaquim Simo earned his cocktail credentials at Death & Company, an East Village bar regularly ranked among the country’s best. Last August, Simo departed D&C to open Pouring Ribbons with a team including Milk & Honey alumnus Toby Maloney. This airy saloon-style bar has a menu demonstrating the kind of innovation and attention to detail that earned Simo his 2012 award, and that is enrapturing the bar’s guests: Tahona Smash matches reposado Tequila with caramelised pear and Sherry, and Dueling Banjos pairs two types of Bourbon with Curaçao and corn milk. 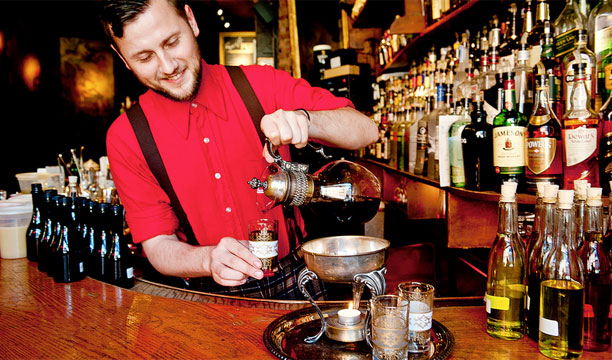 During his tenure as head barman at the Merchant Hotel in his native Belfast, Sean Muldoon established the bar’s reputation as a global cocktail destination. In late 2012, Muldoon opened the doors of his own establishment in New York, The Dead Rabbit Grocery & Grog. Named for one of the city’s notorious 19th century street gangs, Dead Rabbit serves guests the atmosphere of old New York – without the violence – along with partner in crime Jack McGarry’s (pictured above) impeccably rendered cocktails and a selection of spirits highlighted by an extensive catalogue of Irish whiskeys. 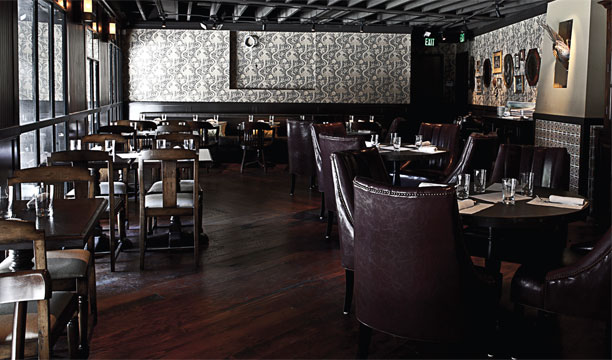 Gastropubs may have started as a European phenomenon, but Parish, an upscale bar and restaurant that opened in July, has made the concept fully at home in downtown Los Angeles. The bar is headed by Jonathan Coltharp, a veteran of the city’s white-hot cocktail scene, and Coltharp has created a drinks programme that emphasizes local beers – the 21 taps are all reserved for beers brewed between Santa Barbara and Orange County – as well as craft cocktails that play well with the kitchen’s creative comfort food dishes such as poutine fried oysters and pork head pot pie. 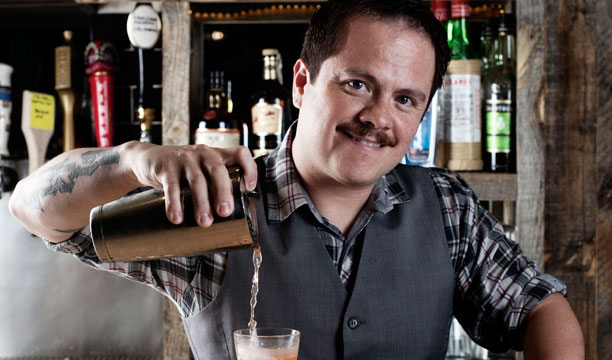 Embracing the seemingly disparate atmospheres of old-time soda fountains and early American saloons, Polite Provisions – which opened in late 2012 – marks a promising direction for contemporary bars. As created by Erick Castro (pictured), who established his liquid reputation at San Francisco bars including Rickhouse and Bourbon & Branch, Polite Provisions emphasises simple yet exquisite drinks, with house-made syrups and tinctures deployed in minimalist cocktails and in soda fountain favourites largely forgotten over the past century. 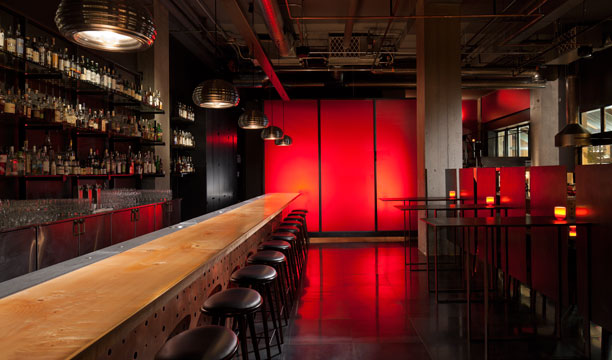 Upon its 2007 debut, Vessel revitalised the craft of the cocktail in the Pacific Northwest; when the bar closed in late 2010, it marked the end of a mixological era. After a long absence, Vessel reopened in a larger, more comfortable home in downtown Seattle in late 2012, and co-owner Jim Romdall is working to reignite the bar’s legacy of innovation. Top of the list: a bar programme that rotates through regular and guest bartenders, with much of the menu changing on a nightly basis, so regular guests can look forward to a fresh drinks selection with each visit. 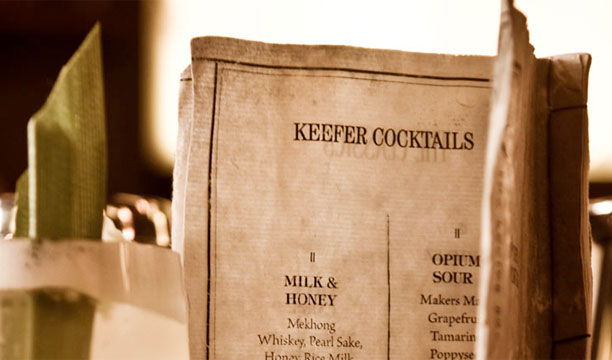 In recent years, Vancouver has staked a claim to the title of the most exciting up-and-coming drinks scene in North America, and the Keefer Bar is the epitome of Vancouver’s cocktail potential. Located in the slightly seedy Chinatown area, the Keefer Bar has an atmosphere as lacking in pretence as bar manager Dani Tatarin’s menu is ambitious: neighbourhood-appropriate cocktails range from the Lao Baixing, with aged cachaça and liquorice-plum syrup, to the vodka-based Wenxu, with ginger syrup and red ginseng tincture.