London Cocktail Week is back for another year, this time setting up shop in and around Seven Dials in Covent Garden, and promising an exciting line-up of masterclasses, seminars and tastings to make any bartender froth at the mouth.

Running for one week from 8-14 October, London Cocktail Week must be the highlight in the capital’s drinking calendar.

The Bacardi Brown-Forman Brands’ Training Team will also be setting up shop in their Home of Cocktail Culture pop-up at 9 Mercer Street, providing some pretty interesting masterclasses and talks. The team will also be on hand throughout the week to provide trade visitors with advice and tastings.

In addition, the week-long event will play host to a few cocktail competition UK finals, including the Monin Cocktail Cup (10 October) and the Beefeater 24 Perfect Host Cocktail Competition (11 October), both of which are free for visitors to pop by and cheer on their fellow bartenders.

Our highlight however has to be the Angostura aromatic bitters masterclass with The Maestro, Salvatore Calabrese. A free event, attendees will walk away having been taught by one of London’s greatest mixologists, and will have a certificate and gift to prove it.

The team over at Diffords Guide, the organisers of London Cocktail Week, have hand-picked a selection of London’s best bars they recommend visiting. Those interested in sampling some of the city’s best drinking joints can visit www.londoncocktailweek.com for bar maps of several areas of London. Every bar on the map will be offering £4 cocktails to those wearing a London Cocktail Week wristband.

Wristbands are available to trade only who have registered their details at the website address above using the code ‘TR4D3’, and allow wearers entry to some of the most exclusive events during the week. They can be picked up in advance from 15 Shorts Gardens, WC2H 9AT on 7 October.

If all this seems like a bit too much to take in, and having visited the organiser’s website you’re feeling a bit perplexed as to what you should visit, don’t worry. We’ve raked through the exhaustive list and hand-picked the most interesting and worthwhile events for bartenders to attend.

If it all still seems like hard work, just remember the advice from those visiting Tales of the Cocktail in New Orleans this year: “Use your daytime to go to seminars, masterclasses and tastings, but mind how much you drink. That’s what the evenings are there for.” 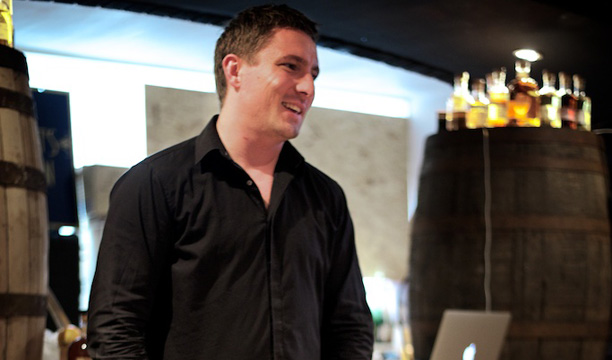 Aiming to demystify the legendary Scotch production process, attendees will be guided through a range of different Scotches, including some cask strength, and be shown how to blend like a pro.

With such a revered, knowledgable group of speakers, those seeking to improve their knowledge of Scotch whisky should not miss this seminar. However places are very limited – to just 12 – so those interested should book quickly! 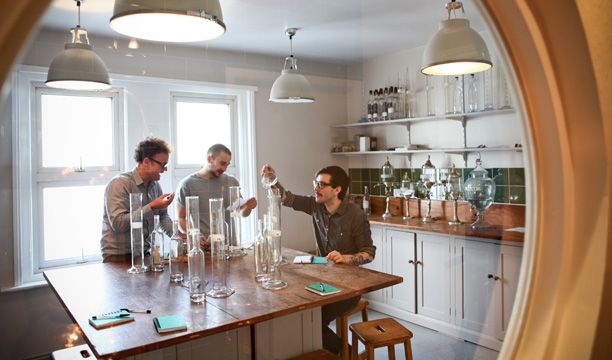 The famous Ginstitute is taking a break from its Portobello Road home to pop-up at Seven Dials during London Cocktail Week. Gin Instructor Jake Burger will be guiding guests through the processes of blending and bottling their own personal gin to take home with them. A recipe of their concoction will be kept on file for them to reorder when desired.

The event also provides bartenders with a whirlwind history of gin plus a guide through the botanicals used to make London dry gin.

There will also be full and mini Ginstitute sessions for consumers as well as the lethal Three Martini Lunch in this mini-gin palace pop-up. 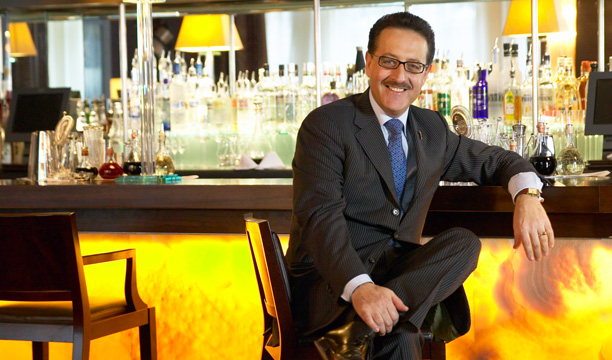 Our highlight of London Cocktail Week’s series of bartender masterclasses is this Angostura focus with The Maestro, Salvatore Calabrese.

The man himself will guide special trade-only guests through a masterclass using Angostura aromatic bitters, all of whom will receive a gift and certificate for attending.

But those interested must register quickly – there are only 4 places available. The Maestro has requested that those attending dress smartly, with no ripped jeans, football shirts or caps.

The event will precede an attempt by Calabrese to break the Guinness World Record for the most expensive cocktail, on Thursday 11 October at Salvatore’s at Playbov Club London.

It will be the second time Calabrese has made moves to attempt the record, following a disastrous moment in July when a visitor to the club accidentally smashed a £50,000 bottle of Cognac, a key ingredient in his £5,500 a glass cocktail. 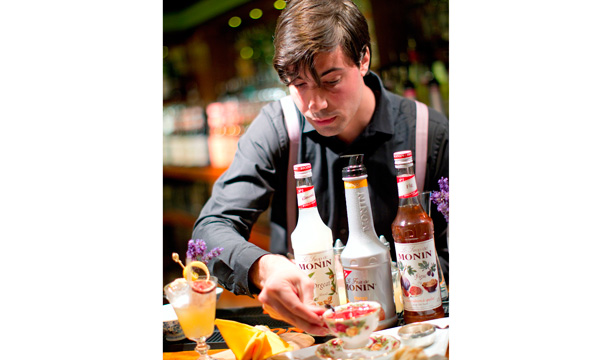 Bartenders and spirits industry peeps alike are being invited to support the British contestants in the final of the Monin UK Cocktail Cup at one of London’s loftiest bars, Paramount.

Two heats will take place on 10 October, one for under 27s, who will compete for a place in the International Monin Cocktail Cup Final in Paris in December, and the over 27s, who compete for a trip to Monin HQ in Bourges, France.

To come and watch the Monin UK Final at Paramount please RSVP to jcoston@b-opie.com 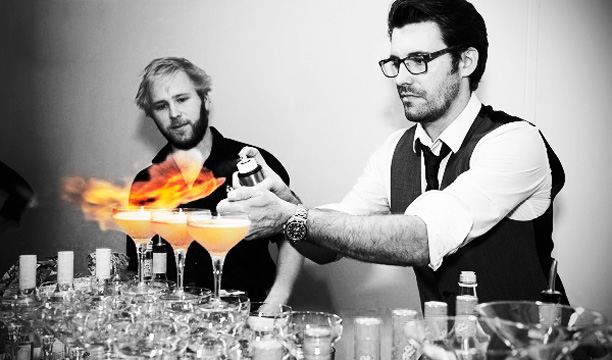 New to London Cocktail Week for 2012 is the Smatts Rum & Ice Cream shack, serving an indulgent selection of rum, cocktails and ice cream.

Visitors to the pop-up bar can try one of Tim Robinson of Twist’s Twisted Ice Cream Cocktails, or sip away at a glass of Smatts rum in the intimate lounge with some live blues music.

LCW wristband holders will be privy to free rum masterclasses and tastings. 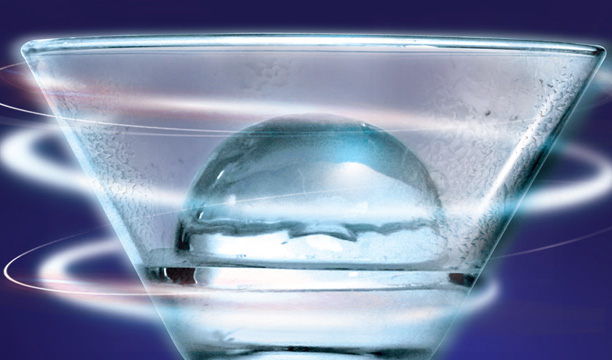 The most popular ingredient in cocktail history is to be dissected, analysed and scrutinised in a seminar sponsored by Isolabella Sambuca and Eskimo Ice, and lead by Nightjar head bartender Marian Beke.

Entry is free for this fascinating event, although on a first come, first serve basis only, where bartenders will get the chance to learn how to cut clear blocks and cubes, reduce waste, create perfect heart and diamond shapes and how to best use ice for their needs. Beke will also provide an indepth presentation into the history of ice, its practicality and its role in culture.

A must-see event during London Cocktail Week, this ice seminar will also teach bartenders how ice can change the flavour of a drink, and therefore how to use it wisely. 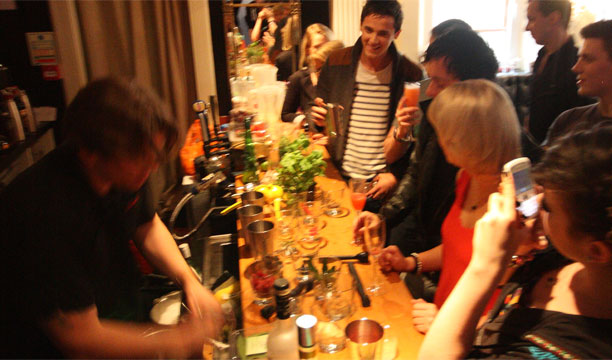 Another exciting presentation from the team at Brown-Forman, who are keeping their predictions of which trends will rock the cocktail world in 2013 close to their chests – for now.

Join Ian McLaren, head of training at BBFB, on a discussion about what will shape the UK bar scene over the next 12 months.

Bartenders are invited to voice their own opinions and predictions in a Q&A afterwards. 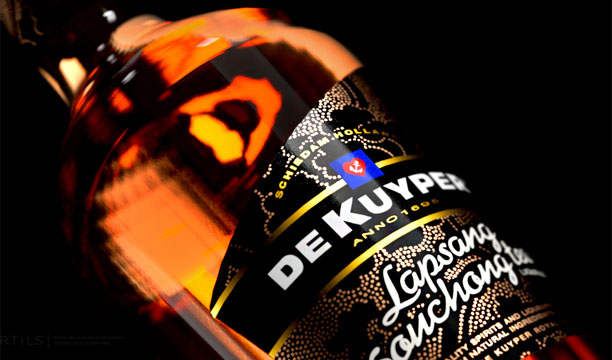 Shaker is inviting bartenders to join their top mixologists to create their own cocktails using DeKuyper’s extensive range of liqueurs.

DeKuyper master distiller Matthis Jansen will be making an anticipated appearance to discuss what goes into one of his liqueurs, and how best to mix them. 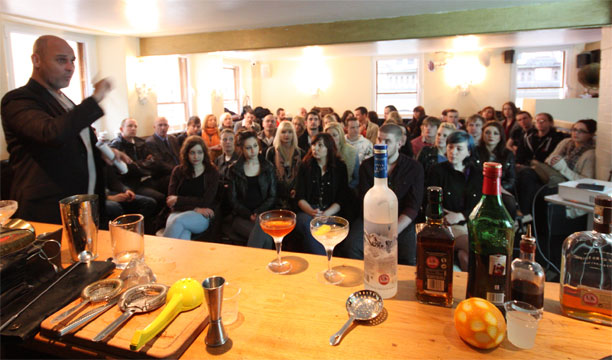 Brown Forman’s American Whiskey ambassador Tom Vernon takes attendees through a history of some of the world’s most timeless cocktails. Covered will be the myths, legends and truths behind some of America’s greatest cocktail inventions, from the Manhattan to the Rob Roy.

“American Whiskey’s role in the golden era of the mixed drink cannot be denied,” claims BBFB, “so please join us for a charcoal mellowed & copper pot distilled trip down memory lane.” 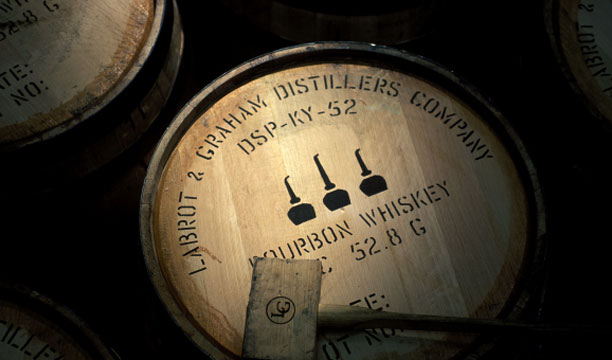 The Brown-Forman Training Team will guide you through a hands-on whiskey maturation class alongside American Whiskey ambassador Tom Vernon.

This unmissable masterclass will take bartenders through the different factors that can effect maturation, as well as an in-depth look at how wood plays a pivotal role in developing that classic whiskey flavor.

It’s worth paying attention – Brown-Forman know what they are talking about when it comes to wood – they produce 2000 barrels a day in their Louisville cooperage.