The World Whisky Masters 2012 – A world of flavour

As the global footprint of whisky grows bigger, entries from as far afield as Bulgaria and Tasmania lined up to impress our judges. 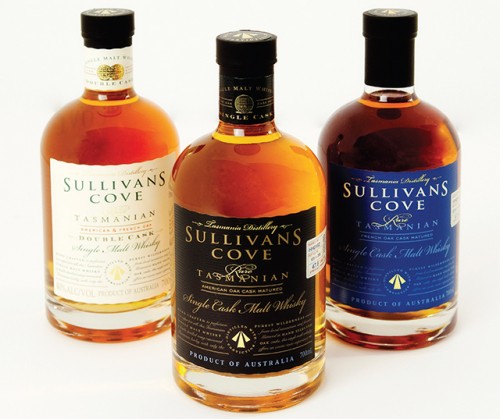 The category of world whisky is now gathering a firm reputation among enthusiasts and aficionados internationally, driven in part by the success of Japanese whisky, as well as by the complex range of unique flavours on offer – and in many cases, a variety of regional ingredients, production techniques and types of cask used for maturation.

With the disappointing lack of any Japanese entries in this year’s competition, it fell to Bulgaria, Wales, England and Tasmania to show our panel – which featured the same judges as for the Irish Whiskey Masters contest held on the same day – whether the rest of the world could muster some delectable treats to rival the more established whisky producing nations.

The highlights were undoubtedly Antipodean-themed, with Tasmania’s Sullivans Cove distillery creating the biggest surprise of the day with their consistently well produced range of single malts, gaining Silver awards for the American Oak Cask and Double Cask releases and a much deserved Gold for the French Oak Cask release, described by the judging panel as “bursting with dried fruit flavour, oaky spice and full of rich chocolate malt complexity”.

Barchick’s Shannon McCoy was especially impressed with the Sullivans Cove offerings, remarking on their unique style, compared to other international single malt whiskies. Continuing the theme of originality, Whisky Exchange’s Billy Abbott felt that “the variation in some of the categories was significantly larger than we might have thought, both in quality and in the actual flavour”.

With the wider appeal of whisky around the globe and new artisanal distilleries being assembled in any number of far-flung places, next year’s World Whisky Masters entry list should be bulging at the seams.