El Cartel Tequila claims to have created the first drink with gold and silver edible flakes that float in your glass, rather than sinking to the bottom. 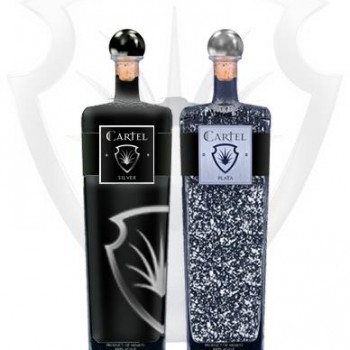 A number of Tequilas containing gold flakes are already the market, including Tequila Cabo Gold Blanco with its 24-carat gold flakes. However, El Cartel is positioning itself as the first style capable of keeping these gold flakes suspended in the liquid.

The project was created by former venture capitalist Mark Scialdone, who bought the patent for suspending objects in drinks and decided to launch his own range of Tequila.

“There hasn’t been a new luxury Tequila since Patrón,” said Scialdone. “Nothing else has that status and image.”

As for the branding, Scialdone explained: “With a name like Cartel, we definitely keep it gangsta. And with its look, people are going to say ‘What is that?’ That’s what we want. It’s cool to order and cool to drink.”

Scialdone hopes to see his product featured in rap songs and music videos. He said, “Luckily, a lot words rhyme with ‘cartel.’”