News out of Speyside this week from two whisky distilleries which provide a series of neat contrasts with each other: Glenfarclas and The Macallan. 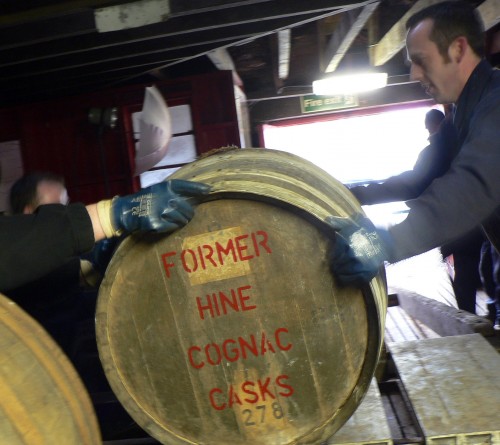 Both single malts share an affinity with ex-Sherry casks, but beyond that, their paths divert: Glenfarclas with the largest spirit stills on Speyside, The Macallan with the smallest; Glenfarclas producing a little over 3m litres of pure alcohol a year, The Macallan churning out nearly three times that amount.

While Glenfarclas has been in the hands of the Grant family for six generations and counting, The Macallan is part of The Edrington Group, one of Scotch whisky’s biggest hitters and a global spirits powerhouse that also owns The Famous Grouse, Highland Park and Brugal rum.

It’s a measure of the diversity of opportunity for Scotch in the world’s spirits markets that these two very different beasts can both thrive by pursuing their own individual agendas.

If local reports can be believed – and I’m confident that they can – then Edrington is actively considering the expansion of The Macallan distillery at the moment, spurred on by double-digit growth and the brand’s cult status in Asia in particular.

Meanwhile, Glenfarclas is going back to the future with a small-scale cask exchange programme based not on spreadsheets and growth forecasts, but personal relationships and a sense of fun.

What started as a chat between George Grant and Hine Cognac cellarmaster Eric Forget has resulted in the swap of a couple of casks each, to be filled with each company’s respective new spirit.

It’s an exchange project that might never have happened, but for Forget’s and Grant’s friendship; Hine is owned by conglomerate CL World Brands, which also has rival Scotch distiller Burn Stewart – a potential conflict which could have stopped the project in its tracks.

But, thankfully, common sense has prevailed over more prosaic corporate concerns – although the results of Grant’s and Forget’s labours won’t be bottled until about 2028.

Anyone care to guess how big the Macallan distillery might be by then?