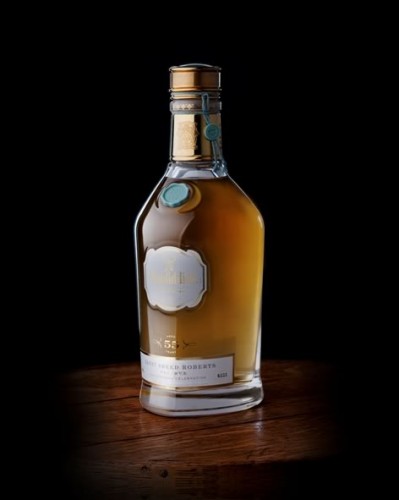 Bottle No.7 of the limited edition reserve will now be displayed in one of the key international airports WDFG operates at in the UK, Spain or Vancouver, Canada, before being retailed to a member of the public in due course.

Just 15 bottles of the 55 year-old single malt whisky have been produced in honour of Janet Sheed Roberts, granddaughter of William Grant and the oldest woman in Scotland at the age of 110, who passed away last month.

Eleven of the bottles have been produced especially for auction to raise funds for charities around the world, with the remaining four staying within the William Grant & Sons estate. Previous auctions of the Janet Sheed Roberts Reserve have raised sums in the region of £35,000 to £46,850 for charities such as WaterAid, Walking with the Wounded and the Rural and Agricultural Development Foundation.

A bottle sold for US$94,000 at a New York auction in March was the most expensive bottle of whisky ever sold at auction, raising funds for charity SHFT Initiatives.

“This is a very special whisky and there are only limited qualities, so we’re delighted to have had this opportunity,” said Ian Morris, corporate communications director for WDFG.  “It’s definitely a collectors’ piece alone and it will draw an awful lot of attention to whatever airport we put it into. We are very proud of this.”

The announcement of WDFG’s win was coupled with the unveiling of a portrait of Mrs. Roberts by royal artist John Wonnacott.

The auction of bottle No.7 has raised funds for the Lotus Flower Trust, which aids physically and mentally disadvantaged children in Ramnagar, India.