The Macallan distillery is poised for further expansion as global demand for the Speyside single malt continues to soar, according to local reports. 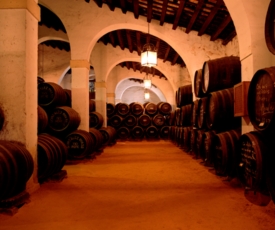 Sources in the area have told The Spirits Business that brand owner The Edrington Group is considering an increase to The Macallan’s existing production capacity of 9m litres of pure alcohol per year.

But plans are believed to be at an extremely early stage, with no word as yet on the detail of the possible work or its timing.

Macallan production was last expanded as recently as 2008 with the re-commissioning of a second facility. The distillery currently has a total of 21 stills – seven wash stills and 14 spirit stills, which are the smallest on Speyside.

Soaring demand for the signature sherried Macallan style has seen volumes more than double over the past decade, driven by particularly dynamic growth in Asian markets.

Asia now accounts for more than half of Macallan volumes, and US growth has accelerated recently as the country enters economic recovery.

Construction work is currently under way at the Macallan site near Craigellachie to extend warehousing and maturation capacity.

An Edrington spokesperson would neither confirm nor deny the reports of distillery expansion.

“The Macallan brand continues to experience success and subsequent growth around the world,” she said. “As such, we are continuously reviewing our options regarding our production assets at The Macallan distillery.”