A group of Louisville residents have filed a class action lawsuit against Kentucky distillers Diageo Americas Supply, Brown-Forman and Heaven Hill for allegedly damaging nearby property and homes with “whiskey fungus” or “Angel’s Share”. 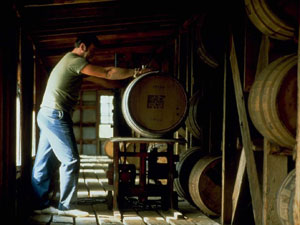 The whiskey and bourbon distilleries and warehouses are accused of emitting high levels of ethanol, which causes a black fungus to grow on nearby property, including homes and cars.

Attorney William F. McMurry of Morris & Player filed the suit at a US District Court in Kentucky on behalf of three named residents – Joe Billy, Nancy Billy and Gregg Murray – and a number of other residents levying near the Louisville facilities and across the country.

“There’s no question that the presence of whiskey fungus is permanently damaging property, including the market values of many homes in the neighborhoods near these distilleries and warehouses,” Murry said. “Distilleries have the technology to eliminate this problem and we want to see property owners compensated.

“Homeowners have suffered enough decline in property values in this economy; they don’t need to suffer a further reduction due to the discharge of ethanol by whiskey manufacturers.”

He continued in the filed complaint: “Defendants knew or should have known that the ethanol emissions from their operations cause whiskey fungus to accumulate on real and personal property located in proximity to their operations, thereby causing injury to such properties. Defendants have a duty to minimize and prevent the ethanol emissions from entering on to Plaintiffs’ property and the property of others similarly situated.”

The class action is bringing counts of negligence, nuisance and trespassing against the three companies.

Phil Lynch, spokesperson for Brown-Forman, denied any fault by the distillers in a joint statement for the three companies.

“While we are sympathetic to the concerns of the plaintiffs, the blackening of some buildings and other structures is due to a naturally occurring common mold that is found widely throughout the environment, including in areas unrelated to the production of whiskey,” it said.

“The companies involved do not believe that they have caused any harm to the plaintiffs or their property, and we will vigorously contest these claims.”

The whiskey fungus is not thought to pose a problem to human health. The emissions, which are also known as “Angel’s Share” in the industry, escape from the wooden casks during the whiskey maturation process, and can contribute to ground level ozone and urban smog.

A statement on Brown-Forman’s website claims that the company has been seeking ways to reduce the emissions “without adversely affecting the quality of our whiskeys”.

The lawyers have since set up a website, whiskeyfunguslawsuit.com, to attract additional plaintiffs affected by whiskey fungus across the US.

Diageo operates a distillery and ageing spirits warehouse in Louisville, while Brown-Forman distils Woodford Reserve and Heaven Hill its Evan Williams brand in the town.