Gordon & MacPhail’s Glenlivet 70 year-old single malt from the Generations range is the only whisky to have been been shortlisted for the 2012 Scotland Food and Drink Excellence Awards. 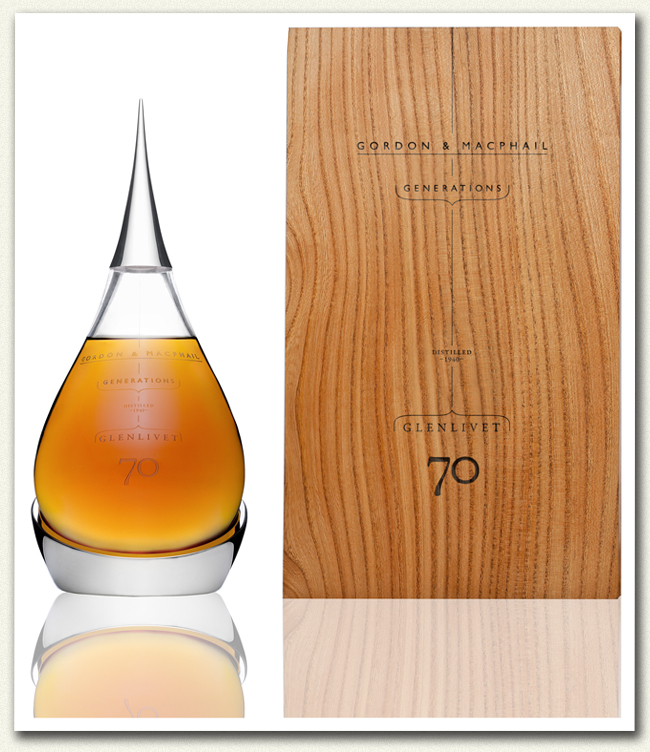 The expression is the only spirit representing Scotch in the awards’ Drink (Alcoholic & Non-Alcoholic) category, and will be pitched against the likes of VC2 Brands’ Double Espresso Premium Caffe Beer, Fyne Ales’ bottled craft beers Jarl, Vital Spark and Hurricane Jack, and Pincer Vodka.

This year saw 200 Scottish food and drink producers enter the competition across 16 categories, with only 50 shortlisted.

James Withers, chief executive of Scotland Food & Drink, said: “When people ask what makes Scottish food and drink special I tell them to take a look at the companies who enter the Excellence Awards. Every year the standard gets higher and the range of products and businesses represented becomes more diverse.

“The awards not only showcase our abundant natural larder but also the innovation, ingenuity and economic impact of the Scottish food and drink industry, from artisan producers to multinational companies.”

David Urquhart, joint managing director of Gordon & MacPhail, said: “This nomination is recognition of the Glenlivet 70 Years Old’s superb quality, luxury and its rarity. The cask this whisky came from was laid down by my grandfather in 1940 and it was carefully watched over by successive generations of the Urquhart family until we decided to bottle it ourselves 70 years later.”

Highland Park has also been shortlisted in the Success Through Working in Partnerships category, for its agricultural supply research work with the Agronomy Institute.

The winners will be announced at an awards ceremony on 24 May at the Doubletree by Hilton Dunblane Hydro Hotel, Stirlingshire.