Diageo has been criticised for abusing its position as headline sponsor of the British Institute of Innkeepers (BII) Scotland annual awards to veto Scottish bar operator BrewDog’s award win. 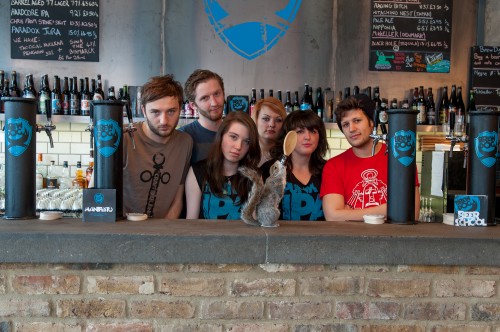 BrewDog was in line to pick up the Bar Operator of the Year award at the BII event on 6 May, but Diageo employees at the event intervened to award it to another.

James Watt, co-founder of BrewDog, said: “Diageo’s actions are shameless, misguided and embarrassing. This is clear evidence of the dirty tricks used by global corporations to derail young competitors they fear. We are often criticised for suggesting big businesses do not play fair in this industry, yet this is another clear indication that some organisations feel they are big enough to be kingmakers, controllers of everyone else’s fate.

“As a sponsor, Diageo had no right to interfere with the independent judging process, but they abused their position to make a small and stupid statement like this one.”

BrewDog employees, who were sat with the judges as the awards were announced, saw a trophy with BrewDog’s name on it presented to the team from Behind the Wall, a bar operation based in Falkirk.

Kenny Mitchell, chairman of the BII, allegedly told Watt after the awards that Diageo employees at the event threatened to pull sponsorship for future BII events and refuse to present any awards that evening if the award was presented to BrewDog.

Watt continued: “They are a big company running scared of an industry that is changing. They are a laughable embarrassment.”

Diageo have since publicly apologised to BrewDog, whose anger at the mishap was vocalised on Twitter with the hashtag  #AndTheWinnerIsNot.

“There was a serious misjudgement by Diageo staff at the awards dinner on Sunday evening in relation to the Bar Operator of the Year Award, which does not reflect in anyway Diageo’s corporate values and behaviour,” a Diageo statement read.

“We would like to apologise unreservedly to BrewDog and to the British Institute of Innkeeping for this error of judgement and we will be contacting both organisations imminently to express our regret for this unfortunate incident.”

The reason for Diageo’s interference is unclear.