Community distillery to open in Washington

Washington’s Gig Harbour residents are to launch their own community-owned ‘destination distillery’, set to open in August. 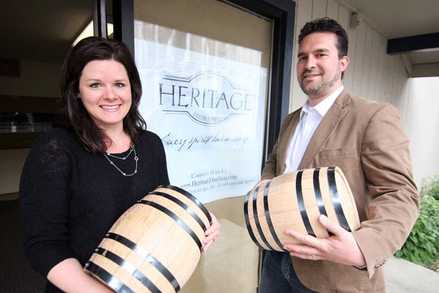 The Heritage Distilling Company (HDC) will be classified as a craft distillery under local state law, and will initially produce whiskey (both aged and unaged), gin and vodka before branching out into other spirits.

Subject to a license review by the Washington Liqour Control Board, HDC will move into the Inn at Gig Harbour that currently houses 7 Seas Brewing Company.

HDC’s first unaged whiskey will be made using George Washington’s unaged rye whiskey recipe, and will feature a picture of the first US president on the label.

Justin Stiefel, chief executive and head distiller of HDC, said: “Back then [George Washington’s] style of whiskey was designed to be consumed immediately, without aging. When we moved back here to Washington State we thought it would only be appropriate to launch our product line using his original recipe combined with Washington State ingredients grown or sourced from the state that bears his name.”

The pair intend to make HDC a destination distillery by ensuring every product ‘has a story to tell’.

“Whether it is the experience our customers get from being in our facility, or the story of where our raw material come from, or the unique hands on approach that goes into making each batch of product, every spirit will have a story. We have designed HDC to be a Destination Distillery, and we think the unique concepts we have in mind will draw people from all over to come see what we are doing, which we think will help drive more visitors to Gig Harbor.”

As a craft distillery the HDC will be required to source 51% of its ingredients from within Washington. As such the group is sourcing grain from family-owned farms in Odessa and Latah.