Belvédère Duty Free is looking to capitalise on its strong history in the Americas for its key brands – Danzka Vodka, Sobieski Vodka, and Marie Brizard Liqueurs – to grow the business in the region. 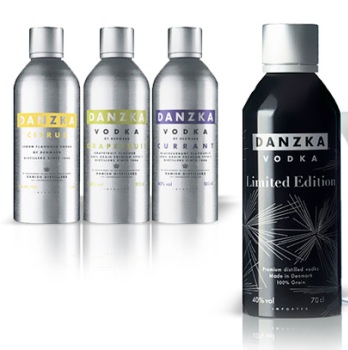 “The world’s best travelling vodka does huge volumes in the Americas and we continue to improve and develop our relationships in Central America, Brazil, Columbia, Peru, and duty free – all exceptionally strong markets in Latin America.”

The past year, 2011, was the biggest year ever for Danzka in global duty free in terms of nine-litre cases sold.

In addition, Danzka won three prestigious medals in our Masters series in 2011, adding to its already impressive list of accolades.

Danzka received a Vodka Master in the Scandinavian Vodka category, the highest award possible, as well as a Travel Retail Master in the White Spirits category, and adding a silver medal in the Design & Packaging category.

The Belvédère Group also hopes to expand the success of its flagship brand Sobieski Vodka in the US, where it is one of the fastest growing brands, to the rest of the region.

Last year Sobieski Vodka sold more than one million nine-litre cases in the US, a milestone reached after only four years, shattering the previous record by more than three years.

“Our vision from day one was bold – to be the vodka brand to reach one million 9L cases faster than any other in history,” said Chester Brandes, president and chief executive officer of Belvédère Duty Free’s sister company Imperial Brands, Inc.

“Thanks to the commitment and effort of a great team at Imperial Brands, I am proud to announce that we have accomplished this ambitious objective.”

Hollywood actor Bruce Willis, part-owner of the brand for the past couple of years, stars in a series of webisodes with Sobieski’s CEO, Krzysztof Trylinski, titled “Bruce Has Ideas.” These videos, featured on www.truthinvodka.com, poke fun at the marketing tricks and trendiness of other vodka brands.
For Marie Brizard, Andersen says 2012 is the year Belvédère Group widens the distribution to the entire South American continent.
Export director with Belvédère Group, Josette Morieux added: “At the IAADFS we are presenting our new area manager for Latin America, Mr. Thierry Tronquit Prats, who is joining us from Champagne Lanson. This is our renewed commitment to the region where we wish to continue to build sales of our core brands Sobieski Vodka, Danzka Vodka and Marie Brizard liqueurs.”