Swedish whisky distillery Mackmyra is set to quadruple production as it sets out to expand to global markets. 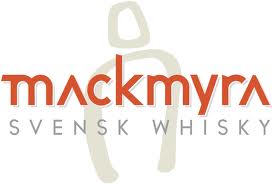 The Swedish distillery will join just a handful of distilleries on the stock market when it floats on the Stock Market next week.

The distillery has spent a year building a new distillery in Mackmyra village close to Gavle, about an hour and a half from Arlanda Airport.

The new plant will mean that Mackmyra can produce 1.2 million litres of spirit, up from 300,000 litres. Currently new bottlings sell out in hours and are snapped up mainly in Sweden, so there has been little available for overseas markets. But the quality of the whisky is now at world class levels, and Mackmyra is one of whisky’s best kept secrets. The work cost 35 million SEK.

“2011 has been a great year, with a lot happening,” says marketing manager Lars Lindberger.

“The new distillery and the whisky village has been the biggest thing, but also we have the financing sorted now for the coming years. And we have started to reach out outside of Sweden and Scandinavia. Since April last year our colleague Jonathan Luks has been based in New York, and you can now find our whisky (The 1st Edition) in 25 stores and 20 restaurants in Manhattan. Next year we’ll work from there. We’ve also visited China and Taiwan four times and have been had great interest.

“We’re also working to get better coverage in the United Kingdom, France and Spain.

Right now I think we have 54 employees, so we’re getting bigger.”