From celebrating marriage equality in the US to Aisling Bea collaborating with Jameson once again, the end of 2022 saw plenty of steps taken in the spirits marketing world.

The end of the year rounded off with a number of marketing campaigns, brand expansions and partnerships from spirits producers. While Campari Group’s Skyy Vodka grabbed attention for its campaign celebrating marriage equality in the US and the signing of the Respect for Marriage Act, eyes turned towards comedian Aisling Bea for her participation in the latest addition to Jameson’s Widen the Circle campaign.

Scroll on for the highlights of December 2022’s marketing moves in the spirits world.

For more news on brand’s collaborations, partnerships and campaigns, check out our round-up for November 2022.

Put your hands up for Patrón 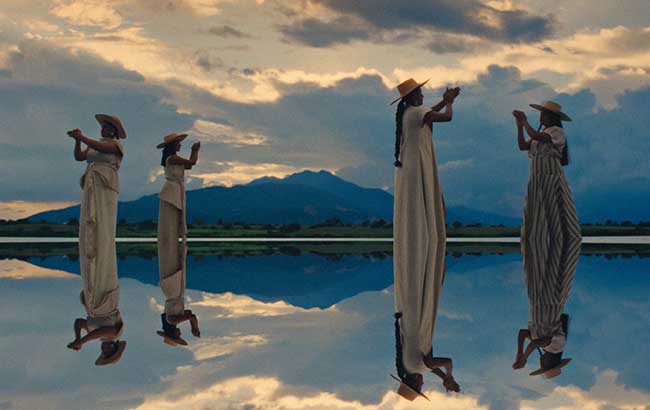 Tequila brand Patrón has unveiled its new marketing campaign, Our Hands, a tribute to local artisans behind the Bacardi-owned brand.

The campaign was created to celebrate Patrón’s ‘authentic’ Tequila production.

Our Hands was shot at the brand’s Hacienda Patrón in the highlands of Jalisco, Mexico, and features those behind the production of the liquid – a jimador, tahona miller, fermenters, distillers, and bottlers – coming together to craft the Tequila.

The brand teamed up with Mexico-based designer Sandra Weil for the spot, and artist Andrés Levin, who produced the sounds and music.

Aisling Bea drops in on Jameson 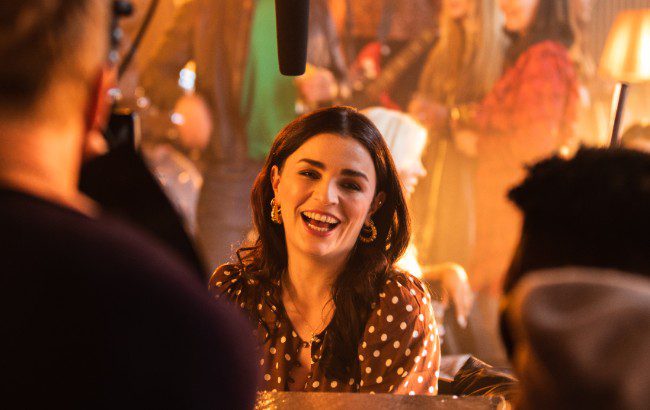 Irish whiskey Jameson has revealed the latest addition to its Widen the Circle marketing campaign, featuring comedian Aisling Bea for the second time.

The TV spot, called The Drop, tells the story of a drop of Irish rainwater that makes its way through the distillery and in turn becomes Jameson.

The campaign explores the process behind the crafting of the bottling, and also spotlights the makers behind the brand, including master distiller Kevin O’Gorman, and blender Deirdre O’Carroll.

Bea said: “I actually feel a little like that drop of rain because I also got to travel around the distillery and meet everyone who works so hard at their craft to make this uniquely Irish product. I felt very much part of the Jameson family.”

The campaign will roll out across global markets this year [2023] across TV, out of home advertising, digital and social platforms.

Italicus creator brings Savoia to the US 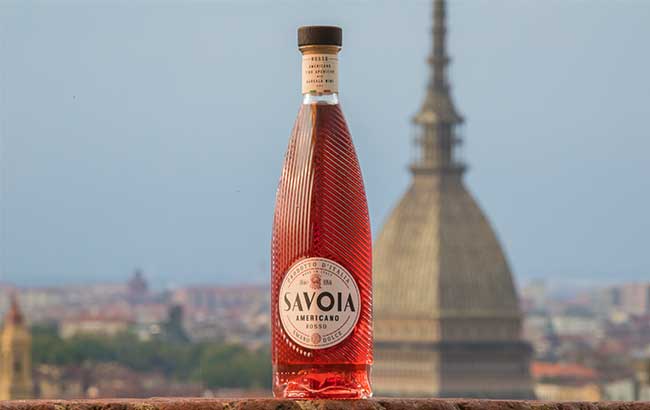 Aperitivo Savoia Americano Rosso has teamed up with restaurant chain Eataly and distributor Panebianco Wines to launch in the US.

The aperitivo was created by Italicus liqueur creator Giuseppe Gallo in Turin, Italy.

Sitting at 18.6% ABV, the bottling is available in the states of New York and New Jersey through Panebianco Wines, and in the on-trade through Eataly Flatiron and at Serra Rooftop, both in Manhattan.

Savoia is made up of vermouth from Turin, bitters from Milan, and Marsala wine.

Savoia is the ‘first of its kind’ to include Marsala, a fortified wine from the region surrounding the eponymous town in western Italy, in its recipe.

To craft Americano Rosso, Gallo uses a base of Marsala and Trebbiano wines.

The blend is then flavoured with 20 botanicals – including mandarin orange, bitter orange, gentian root, pink grapefruit and rhubarb.

Savoia Americano Rosso can be bought in 500ml bottles from retailers for US$24.90. 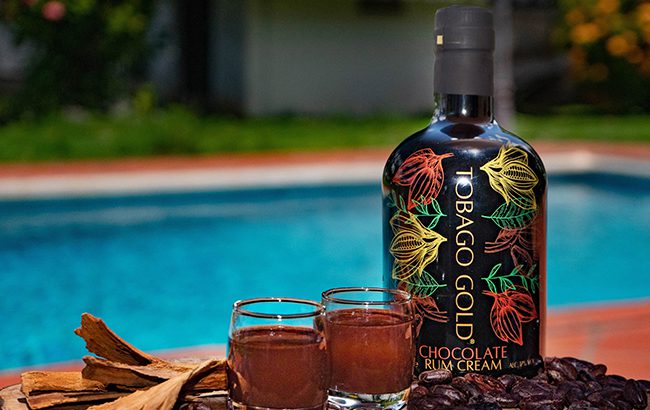 The chocolate rum liqueur, made with Caribbean spices, will be available in the Baltics through Latvia-based Stream Distribution.

The brand will enter the Swiss market via Rhums & Spirits, and Armenia through Alpha Food Service. It will be sold in Portugal through family-owned company Honest Dragon.

Finally, Tobago Gold will venture into Hong Kong via JTW Beverage, and into Singapore through a distribution deal with Alcools Group.

Kingsbarns teams up with Harvey Nichols 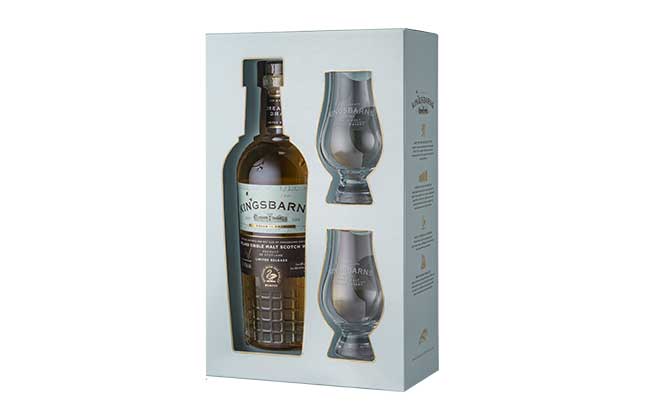 Ben Stewart, director of UK and European sales for Wemyss Family Spirits, said: “We are huge fans of Harvey Nichols and are delighted to be partnering with them to showcase our Kingsbarns Single Malt Whisky. Our super-premium whisky is the perfect fit for the store that is known for showcasing desirable, cutting-edge brands.

“We are looking forward to presenting our award-winning Dream to Dram and Balcomie to a new audience on the shelves in Harvey Nichols’ luxury food markets.” 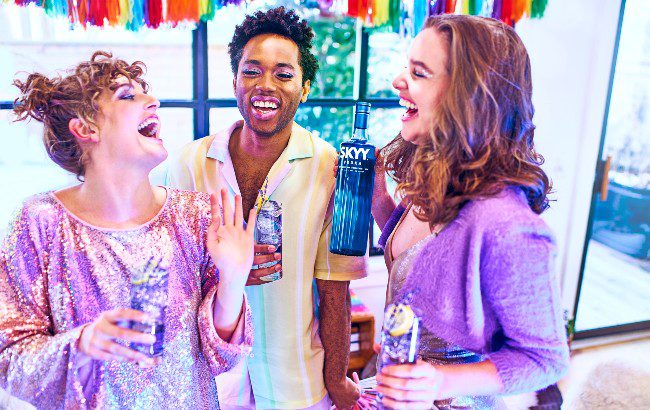 Campari Group has launched the Skyy Says I Do marketing campaign to mark marriage equality in the US and last month’s signing of the Respect for Marriage Act. The Skyy Vodka campaign will see the San Franciscan brand cover the costs of wedding ceremonies for 100 couples via an online sweepstake hosted on Instagram.

The campaign, hosted in partnership with NYC Pride, is a continuation of the brand’s long-standing support of marriage equality and the LGBTQIA+ community.

In addition to the competition, the brand hosted a pop-up wedding chapel in New York City on 19 December, where it invited couples to officially get married.

The brand covered the cost of the venue, officiant and photographer, and provided food and Skyy cocktails for all happy couples. 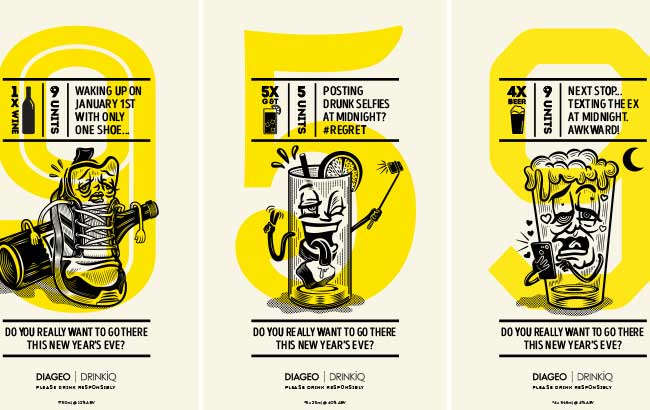 The campaign ran over a number of digital sites across high-footfall areas in London and New York.

In the UK, the out-of-home creatives were shown at seven of London’s busiest tube stations, as well as larger roadside screens outside Tottenham Court Road and Leicester Square station.

The visuals used the tagline: “Do you really want to go there?”

A similar campaign ran on roadside screens around Times Square in New York.

Kate Gibson, global society director, Diageo, said: “We hope this campaign will enlighten consumers about the importance of moderation.” 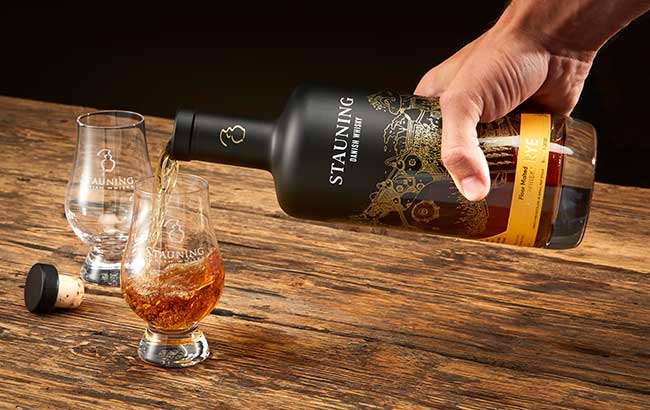 Danish whisky Stauning has expanded its UK presence by partnering with online grocery store Ocado to offer its core range. The partnership marks the brand’s first major online grocery listing since Stauning’s launch in the UK in September 2020.

The core portfolio includes the Rye, Kaos, and Smoke, and Stauning’s Research Series will also be on offer, which comprises its Bastard and El Clasico bottlings.

Stauning’s co-founder, Alex Munch, said: “Launching into Ocado is a pivotal moment for us as a brand as we continue to grow in the UK.

“We cannot wait for more people to try our whiskies and to be able to share our story with people all over the country. We hope this launch will continue our journey of success in the UK.”

The Rum Lab gets ready for ’23 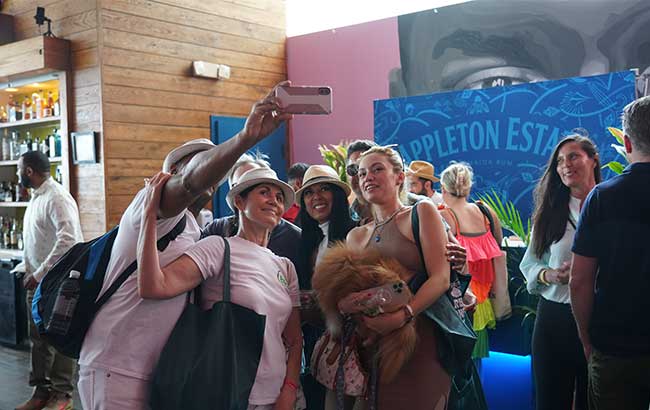 Event organiser The Rum Lab has released its festival schedule for this year, with the first outing being the Miami Rum Congress.

The Rum Lab aims to educate consumers on premium rum in the US through its series of events, educational interviews and infographics.

Taking place at the Hilton Cabana Miami Beach in Florida, US, the three-day Miami event will kick off on 10 February 2023.

The next event hosted by the organiser will be The Taste of Rum festival, returning to Puerto Rico on 25 March.

On 22 April, the Chicago Rum Festival will be held in the city’s Logan Square Auditorium.

This is followed by the New York Rum Festival & Congress, scheduled for 10 June 2023 at the Metropolitan Pavilion. 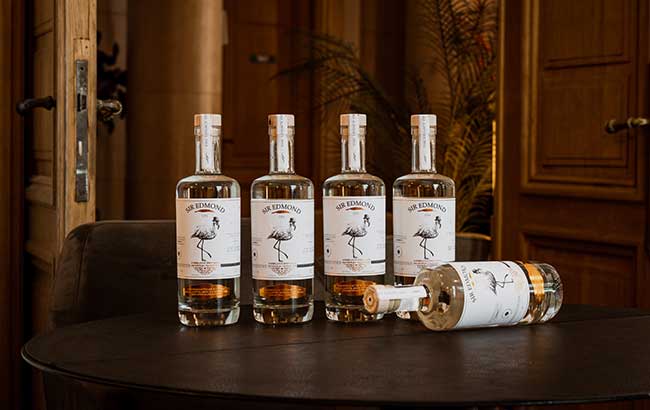 Dutch brand Sir Edmond has taken its Bourbon vanilla-infused gin on a trip through the fjords with its new Danish collaboration.

In partnership with distribution company Conaxess Trade Denmark, the Dutch gin brand is seeking to widen its reach, and give bartenders and cocktail connoisseurs alike the ‘possibility to experiment and explore with new aromas’.

“Together with Conaxess Trade Denmark, we are thrilled to have availability in the Danish market, making Sir Edmond Gin available throughout the country,” said Richard Witters, Sir Edmond Gin international sales manager.

“As of 1 January 2023, you will be able to find our iconic bottles of Sir Edmond Gin throughout Denmark.”