The distillers taking on hard seltzers

It’s the drinks category that has taken the US by storm and is now hitting the UK. But which distillers are getting in on the booming hard seltzer market? We look at five producers tapping into the trend.

The category is expected to triple in size in the US by 2023 to reach 281m nine-litre cases, according to analysis by IWSR Drinks Market Analysis, and will be worth US$2.5bn by 2021.

Over the next five years, IWSR predicts that hard seltzers will achieve the highest growth rate within the UK’s ready-to-drink category, with a forecast volume compound annual growth rate (CAGR) of 71.7% from 2019 to 2024.

Its success is even more impressive when you consider that hard seltzer is essentially just alcoholic, flavoured water. In most cases the alcohol in spiked seltzer comes from fermented cane sugar, with the addition of flavours and carbonation, making many on the market gluten-free.

Alcohol in a hard seltzer can also be produced from other grains, in which case it is described as a flavoured malt beverage. A seltzer can also simply be sparkling water mixed with vodka or gin, which has been the case with several distillers looking to edge in on the market. The appeal of hard seltzer is tied to it being a lighter, refreshing beverage, with most having an ABV of between 4.5% and 7% and typically 100 calories per can or less.

This year, White Claw entered the UK market as it attempts to replicate its success in the UK. But it has competition. This year big brewers including Molson Coors, Corona and Budweiser all launched hard seltzer brands, going toe to toe with the biggest brands. But which distillers are getting in on the market?

Click through the following pages for our roundup of the spirits producers tapping into hard seltzers. 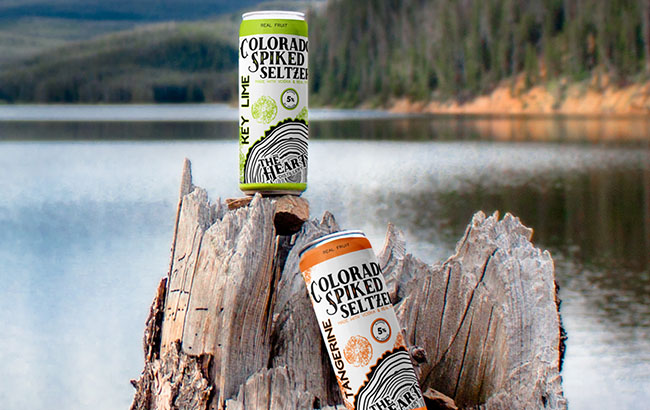 The Heart Distillery in Colorado, US, launched its Colorado Spiked Seltzer in 2019 following the success of its own vodka, which is made using Rocky Mountain water from the Cache La Poudre River. Made using that same vodka, Colorado Spiked Seltzer is pitched as a canned cocktail made with real fruit and organic cane sugar, so is naturally gluten-free. Each 12oz can (355ml) is 5% ABV, 150 calories and available in three flavours: Organic Lemon, Tangerine, and Key Lime.

Its creators, Pat and Amanda Weakland, encourage you to also use it as a mixer. The husband-and-wife team spent years cultivating a seasonal greenhouse, which soon evolved to brewing hops grown on site and then later opening a distillery in 2018.

Now, the pair operate both the High Hops Brewery and The Heart Distillery from Windsor in Colorado. The team produces gin, whisky, vodka and absinthe alongside its seltzers. Of its seltzers the team says they are made for you ‘-ing’ moments. That means beach bumming, skiing, gardening, hiking, dog walking, camping and every ‘ing’ in between.

Perhaps hoping to recapture some of the success of Smirnoff Ice – the original king of alcopops – Diageo launched its own hard seltzer line this year. Set apart from its Ice predecessor, and with no hint of lemon, Smirnoff Seltzers are a mix of Smirnoff No.21 Premium Vodka, sparkling water and natural fruit flavours.

Smirnoff Seltzer comprises two flavours: orange and grapefruit, and raspberry and rhubarb. The brand has already found a firm footing in the US, but launched in the UK this year.

Sarah Shimmons, global marketing director for Smirnoff, said: “Smirnoff has a long legacy of innovation, so we’re thrilled to bring the new range of seltzers to the UK. After seeing the trend of hard seltzers roar in the US, we’re delighted to offer consumers refreshing tasting Smirnoff Seltzers, at 72 calories per 250ml serving.” 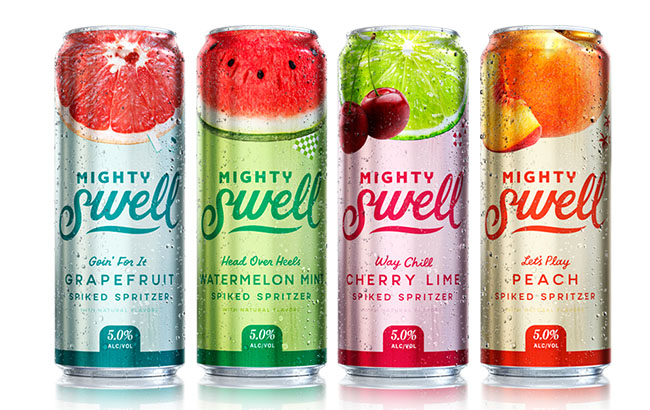 Mighty Swell Seltzer was founded in 2016 and is the brainchild of a trio of partners, Sean Cusack (co-founder of Waterloo Sparkling Water), Clayton Christopher (Deep Eddy Vodka, Sweet Leaf Tea) and Daniel Barnes (Treaty Oak Distilling, co-founder Waterloo Sparkling Water). Together, the three set out to develop a low-calorie, low-sugar seltzer that uses no artificial flavours, colours or sweeteners.

Despite the spirits background of its founders, Mighty Swell is not made with gin or vodka, but instead uses cold-brewed sugar alcohol and lays claim to being the first spiked seltzer to use a natural white grape juice to produce a 5% ABV seltzer that is also gluten-free and just 110 calories a can.

It is currently available in 19 US states and in four flavours: Cherry Lime, Watermelon Mint, Peach and Grapefruit. 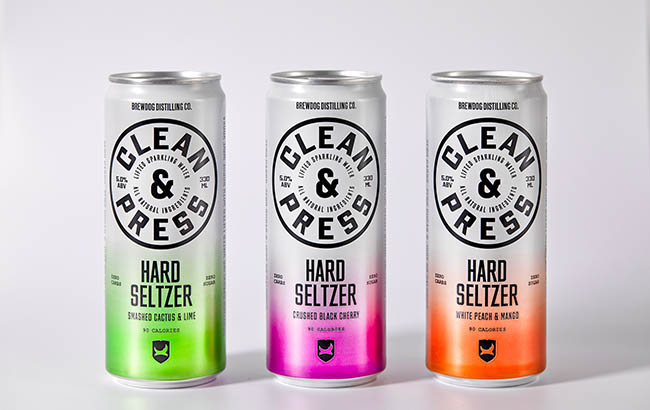 Never one to miss a hot trend, this year the punks at Brewdog joined the seltzer market with the launch of its Clean and Press range. Developed by Brewdog Distilling, the Scottish brewer’s spirits arm, the Clean and Press range is made with its own Rogue Wave Vodka and is available in three flavours: Cactus and Lime, Crushed Black Cherry and White Peach and Mango. Each expression has an ABV of 5%, contains 90 calories and is made with no sugar.

At the time of its launch James Watt, co-founder of Brewdog, said: “Rather than being fermented like other seltzers, our Clean and Press hard seltzer is quite simply sparkling Scottish water spiked with our exceptional single malt vodka, Rogue Wave. With Clean and Press we’re continuing to be uncompromising on flavour and quality, ideal for people wanting a lighter drink that still delivers attitude.”

Clean and Press is priced at £2.50 (US$3.10) per 200ml can and will be available to buy in packs of six or 12 from the Brewdog website and in select Tesco stores and online. 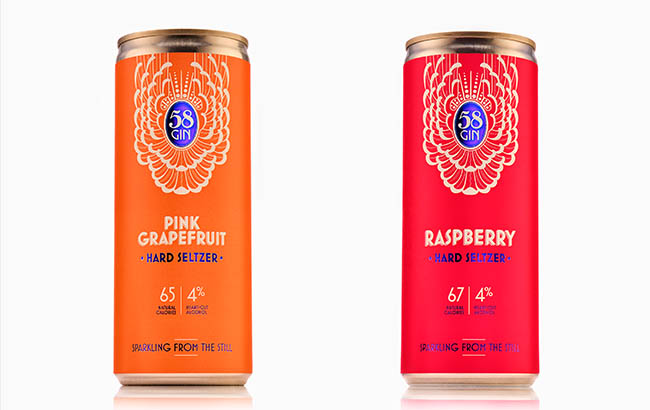 Taking gin as its alcoholic base, earlier this year London-based distiller 58 Gin launched its own hard seltzer made with raspberry and pink grapefruit flavours, tapping into another trend – pink gin. It’s made using the its 58 London Dry Gin and “all-natural” ingredients, with each 250ml can carrying an ABV of 4% and fewer than 67 calories, making it one of the lightest seltzers on the market.

According to its makers, the new seltzers are made using reverse osmosis, a process of extreme filtering which is said to enhance purity and taste.

Carmen O’Neal, managing director of 58 Gin, said: “Hard seltzers are a fast-growing category and it’s a space that will become very competitive, very quickly. We wanted to do something different from the start, which will appeal to consumers, and using gin as a base for our hard seltzer does exactly this. The cut from the heart of the gin gives the hard seltzer a smoother and lighter taste than the more commonly used grain spirits and fortified wines.”

The new 58 Gin Hard Seltzer Raspberry and Pink Grapefruit variants are priced at RRP £2.20 (US$2.75) per can and are available to buy in the UK.