Last week, Tales of the Cocktail’s Spirited Awards revealed the industry’s most acclaimed venues vying for the title of Best International Cocktail Bar of 2020. Here, we present the 10 drinking dens that could win the top accolade.

Earlier this month, Tales of the Cocktail (TOTC) revealed its top 10 Spirited Awards nominees, including the venues in the Best International Cocktail Bar category.

The category is arguably the most highly anticipated across the awards with some of the best bars across the world securing a spot.

From a chic hotspot in London’s cool Soho area to a speakeasy-style haunt in bustling Barcelona, there were a number of worthy contenders across the list.

The Spirited Awards shortlist (top four) will be released on 1 June. In the meantime, we take a look at each drinking den that grabbed a highly-coveted spot in the Best International Cocktail Bar category.

Click through the following pages to see the venues in alphabetical order. 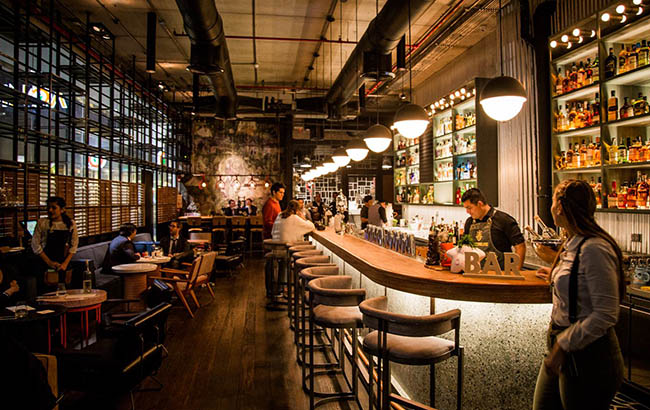 Founded by bartender Aaron Diaz, Carnaval follows the ethos of creating cocktails through an idea, a memory, a journey or even a mistake in the bar.

The cocktail menu takes inspiration from Peruvian flavours and also features a ‘Chartreuse Experience’, featuring a selection of cocktails made with the liqueur. 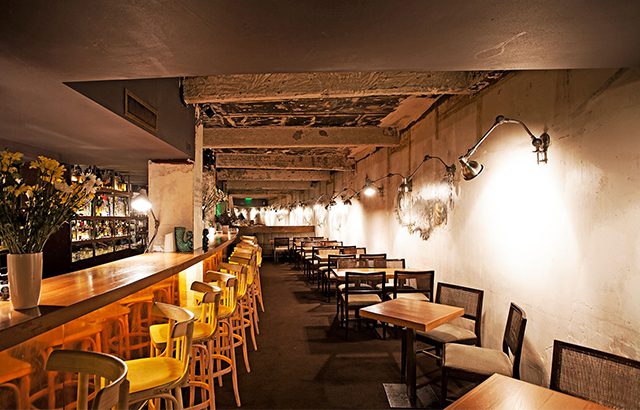 Florería Atlántico seeks to highlight the good and the great of its home country, Argentina.

The venue’s drinks list and decor also celebrates the American bartenders and Spanish bartenders that arrived in the country, the gin loved by the English and the Dutch, Italian bitters and Andalusian sherry, Cuban rum from the Atlantic and Peruvian pisco. 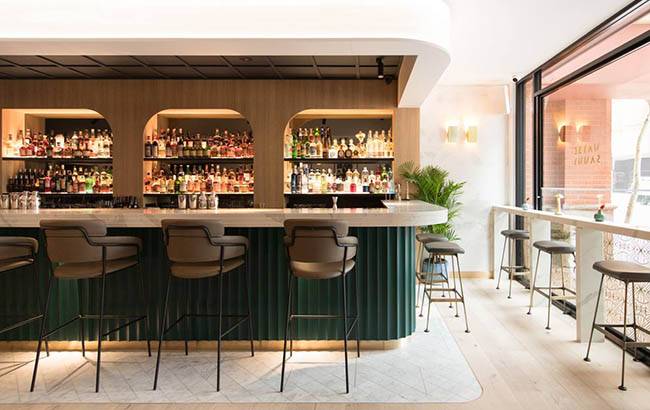 Opened in early 2019, Maybe Sammy is the second effort from the team behind Maybe Frank, a Sydney pizzeria and cocktail bar that has found favour with imbibers in its three years of operation.

The elegant and boisterous cocktail bar is located in the historic Sydney precinct of The Rocks.

Maybe Sammy aims to offer the atmosphere and service of the grand hotel cocktail bars of the past. 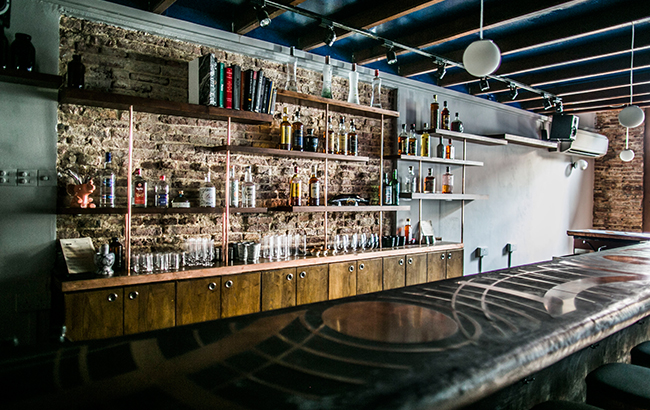 Since opening in 2016, Native has been celebrating the flavours of Singapore and the surrounding region. The bar puts a focus on local ingredients with the likes of pandan, jackfruit and laksa leaves crossing over from a range of regional dishes into a list of inspired drinks.

The venue has also scooped up a number of awards for its sustainability efforts.

Described as a place to enjoy two unusual bedfellows – cocktails and pastrami – Paradiso is located behind the fridge door of a pastrami bar.

The speakeasy-style venue has received widespread acclaim for its inventive serves, exciting presentation, and intimate atmosphere. 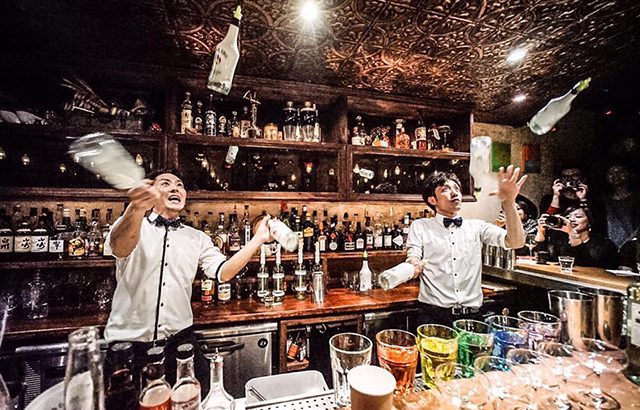 Guests enter the first­-floor bar via a bookshelf, where superlative cocktails and attentive service await. 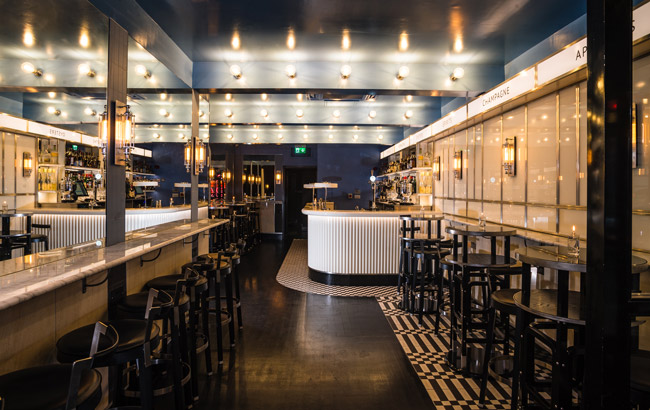 The brainchild of couple Mia Johansson and Bobby Hiddleston, London bar Swift opened its doors on the former site of renowned bartender hang-out Lab in Soho.

The site has grown to become one of the city’s top drinking dens with a number of awards to its name. 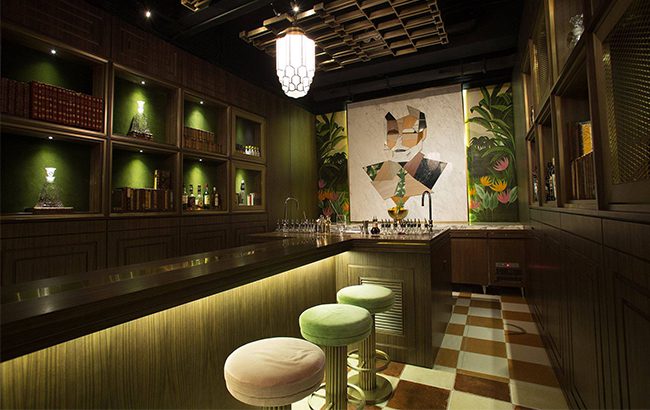 The Old Man is the latest venue from bartender, Agung Prabowo. He was previously behind Hong Kong’s Lobster Bar and Grill, a regular fixture on any list of the world’s great bars.

The drinking den features a diminutive communal table that sits in front of the bar. The intimate space allows Prabawo to provide his warm, knowledgeable and fun style of hospitality. 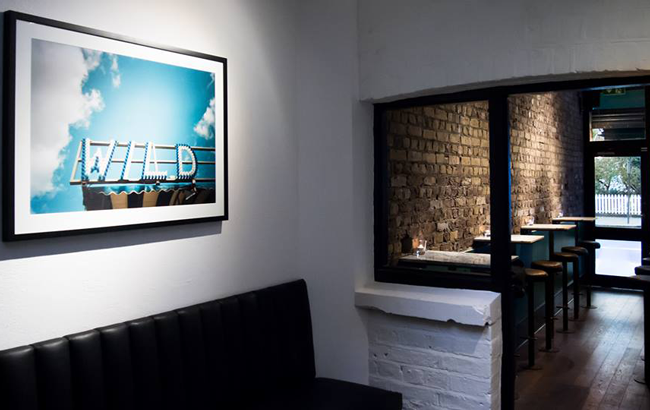 Opened in September 2016 by brothers Noel and Max Venning, Three Sheets is a neighbourhood café-slash-bar in Dalston.

Prior to the opening of the venue, Max was operations manager at Tony Conigliaro’s Drink Factory, overseeing 69 Colebrooke Row, and opening Bar Termini, while Noel formerly ran Manchester-based Crazy Pedro’s, after stints at Trof and the Deaf Institute.

The bar specialises in cocktails, offering a succinct seasonal menu of nine drinks that rotates weekly. 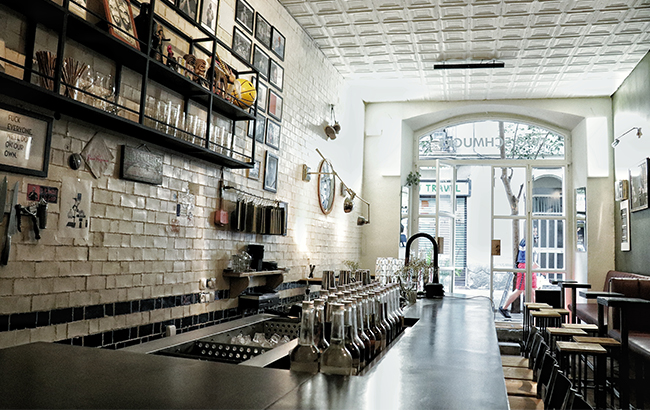 Created by bartenders Moe Aljaff and AJ White, Two Schmucks reopened in July 2019 after an extensive refurbishment. The site originally opened in 2016.

Visitors to the “five-star dive bar” can enjoy innovative cocktails and great service in a relaxed, “easy-going atmosphere”.