Scotland’s gin scene is flourishing, with more than 240 brands on the market. We take a look at the producers stirring up the sector ahead of the first International Scottish Gin Day on 3 August.

From Scotland’s urban cities to remote islands, there are a huge variety of brands available for any gin connoisseur.

Such is the might of the category that the inaugural International Scottish Gin Day has been created to celebrate the country’s best tipples.

In the past few years, there has been an influx of new brands looking to shake up the sector.

Meanwhile, some of the more established players are putting investment behind the Scottish gin category with exciting expansion plans and innovative line extensions.

Click through the following pages for our pick of the top 10 Scottish gins for International Scottish Gin Day this Saturday. 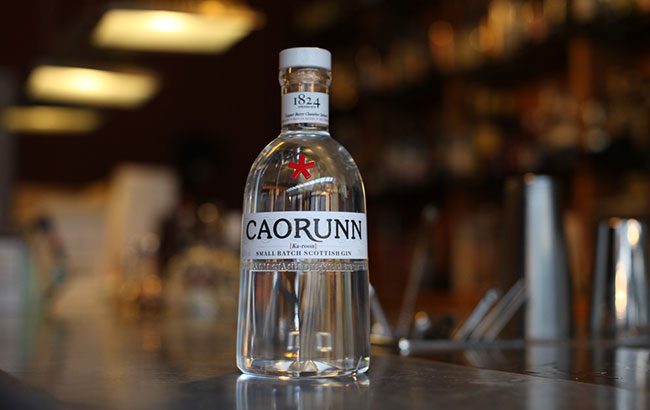 In 2018, retail measurement service Nielsen named Caorunn as the best-selling super-premium gin brand in Scotland, according to off-trade sales of 700ml bottles.

The brand also unveiled a higher-abv expression exclusively for global travel retail and a redesign for Caorunn last year. The new look features a narrower bottle while retaining the brand’s pentagonal base.

In the year to September 2018, Inver House Distillers reported double-digit gains for Caorunn. 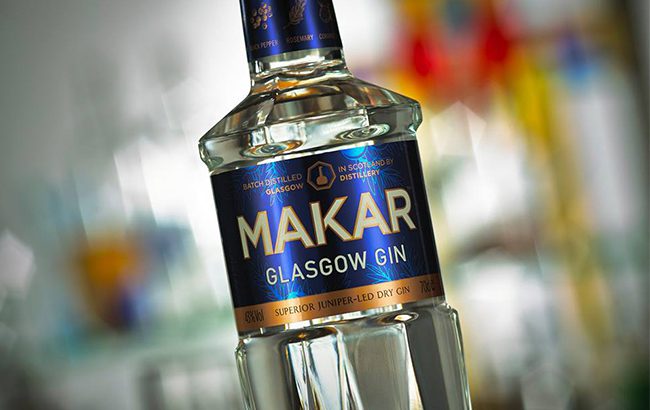 Makar Original Gin was launched in August 2014 by The Glasgow Distillery Company – the Scottish city’s first gin and malt whisky distillery in 100 years.

Named Makar Gin, after the Gaelic word for poet or bard, the 43% abv dry gin is juniper-led and contain rosemary and black peppercorns among its botanicals.

In August last year, Makar Gin added a cherry-flavoured expression to its range. 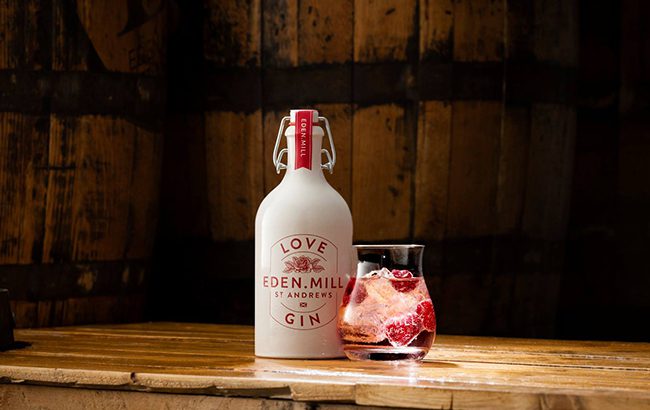 Fife-based Eden Brewery became Scotland’s first combined brewery and distillery in 2014 when the site branched out into whisky and gin production. Eden Mill released its first product later that year – a gin containing Seabuckthorn berries that is described as a “St Andrews take on a classic London Dry”.

In addition to its core gin, Eden Mill merged the worlds of brewing and distilling with the launch of Hop Gin, a small batch product made with Australian galaxy hops. The Scottish producer also released a golf-inspired gin, and an expression for Valentine’s Day, called Love Gin.

Last April, the distiller released its inaugural single malt whiskies – the first to be distilled in St Andrews for nearly 160 years.

In June 2019, Eden Mill revealed further details of its new £3.1 million (US$3.9m) distillery in St Andrews, Fife, which is expected to be completed by summer 2020. 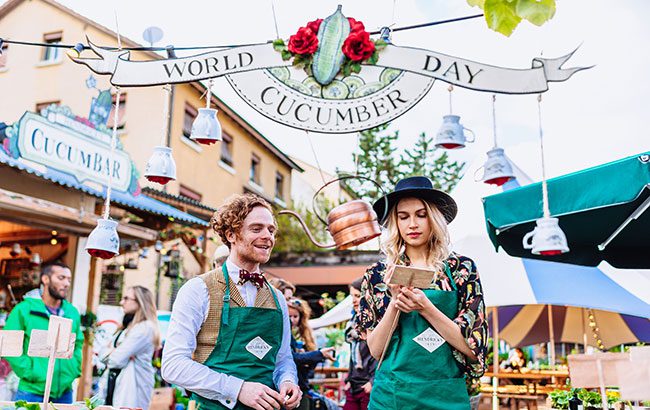 One of the biggest-selling gin brands in the world, Scottish gin Hendrick’s is produced at William Grant & Sons’s Girvan plant.

The William Grant & Sons­-owned gin, known for its quirky branding and heavy cucumber flavour, sailed past one million nine-litre cases for the first time in 2017. Last year, Hendrick’s grew 15.7% to 1.3m, according to Brand Champions 2019 data.

In April 2019, the brand opened the doors to its £13 million Gin Palace, which has doubled its production capacity and increased scope for flavour experimentation. 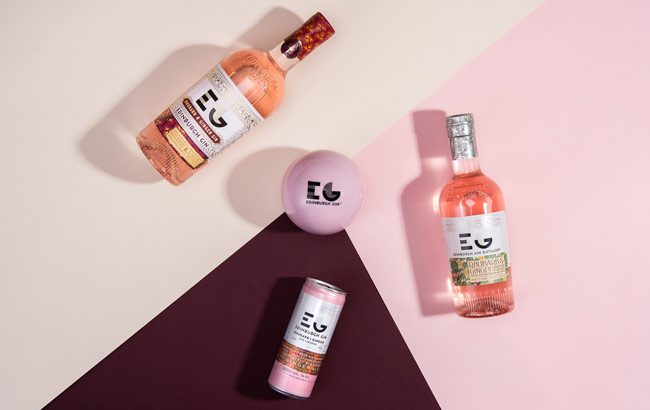 Another brand investing for the future is Edinburgh Gin, owned by Ian Macleod Distillers.

The Scottish group is planning to build a new multi-million-pound distillery for Edinburgh Gin, which would increase the brand’s production capacity by more than 200%.

Edinburgh Gin currently operates two other distilleries: one in the city’s west end and a second that opened in Edinburgh’s Leith district in 2016.

The brand expanded its rhubarb and ginger-flavoured spirits range with the launch of a full-strength gin in May 2019 and unveiled a pre-mixed range in 2018.

Edinburgh Gin was founded in 2010 by Spencerfield Spirit Company, which was acquired by Scotch whisky maker Ian Macleod Distillers in 2016. The brand launched its first national advertising campaign – called Do Your Gin Thing – in June this year. 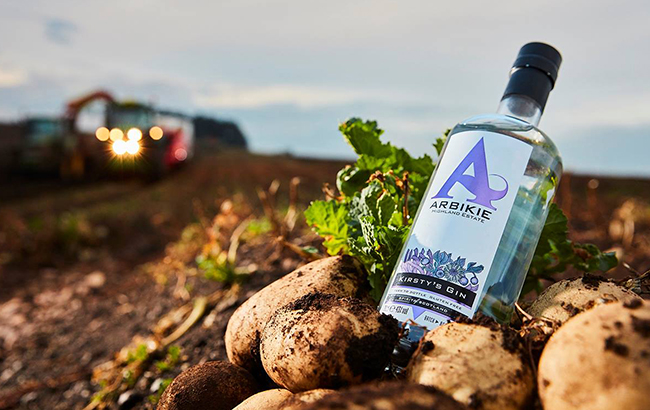 Named Kirsty’s Gin after Arbikie master distiller Kirsty Black, the product is thought to be Scotland’s “first farm-to-bottle” super-premium gin when it launched in July 2015.

It is distilled from Arbikie potato vodka and is described as having a “traditional” juniper base with three Scottish botanicals of kelp, carline thistle and blueberries.

Produced by Scottish farm distillery Arbikie, the expression has been designed to combine elements of sea, rock and land to reflect the estate’s surroundings – a 2,000 acre farm spanning to Lunan Bay on the east coast of Scotland.

In addition to gin, Arbikie produces vodka and whisky, releasing the first rye whisky distilled in Scotland for more than 100 years in December last year. 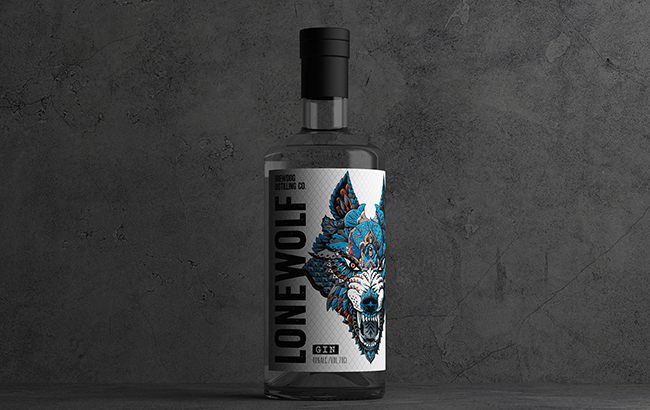 Lone Wolf Gin launched in 2015 as the inaugural spirit offering from Scottish brewer BrewDog. The brand was recently given a bottle redesign that features a more detailed and colourful wolf image.

When David Gates joined the firm last year as managing director, he changed the name of BrewDog’s spirits operation from Lone Wolf to BrewDog Distilling, creating a “more synergistic approach” within the company.

In April this year, BrewDog Distilling unveiled new brands of gin and vodka, and a series of limited edition whiskies created to pair with craft beer.

Bottled at 44% abv, Zealot’s Heart Gin is distilled in BrewDog’s triple bubble still and features juniper as its “beating heart”.

Gates told The Spirits Business earlier this year that BrewDog Distilling will also launch some “collaborative” products and has big plans to shake up Scotch. 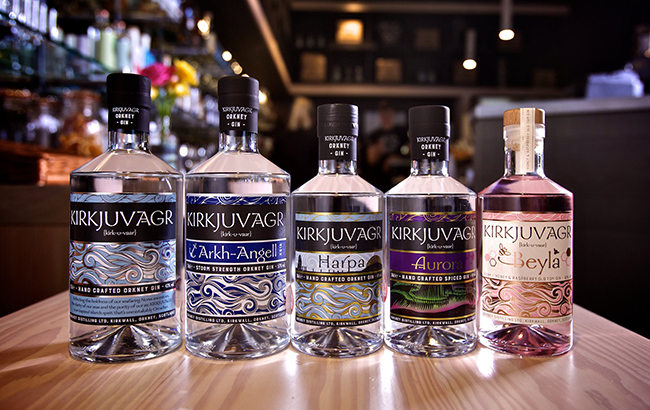 Orkney Distilling in Kirkwall produces the Kirkjuvagr gin brand, which launched in August 2016.

Angelica is one of the key ingredients in the gin, and the plant used by the distillery is one found in only a couple of specific locations in Orkney. It has been hailed as “unmistakably Orcadian” in character.

In July 2018, the new Orkney Distillery opened in Kirkwall after two years of planning and construction.

Founded by Orkney Distilling’s husband and wife team Stephen and Aly Kemp, the distillery and its visitor centre are based on Kirkwall’s historic harbour front.

The producer recently moved into the pink gin category with the launch of Beyla in June this year. Orkney Distilling also released a navy strength edition of its Kirkjuvagr gin in 2017. 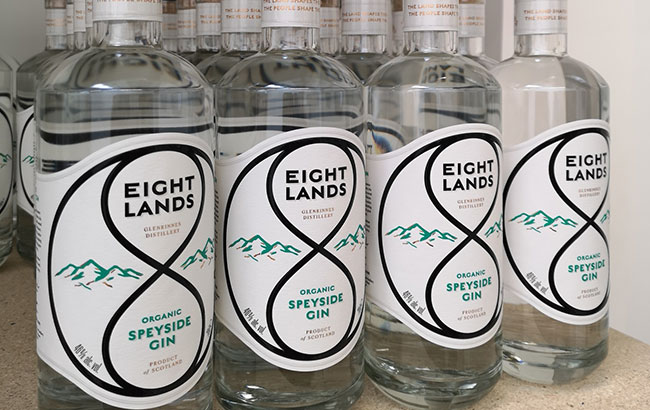 Eight Lands Organic Speyside Gin has been bottled at 46% abv is said to have a “big juniper” aroma, with pine and citrus, leading to tart red berries and citrus.

Father and stepson team Alasdair Locke and Alex Christou co-founded Glenrinnes Distillery, which features 5,400 square feet of space. It is located at the foot of the Ben Rinnes mountain in the Speyside region of Scotland.

The name ‘Eight Lands’ was inspired by the eight counties that can be seen from the top of Ben Rinnes, weather permitting.

Eight Lands spirits are made using organic ingredients, including some botanicals that are sourced from the Glenrinnes estate. Farming on the estate has been organic since 2001. 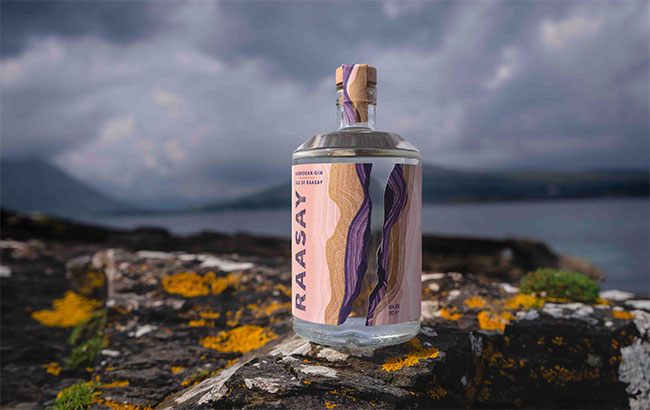 Created by the Isle of Raasay Distillery, the recipe for the new gin was decided upon with help from local botanist Dr Stephen Bungard and Fiona Williamson, MSc scholar at Herriot-Watt University.

Earlier this year, the Isle of Raasay Distillery launched pre-orders for its first bottles of single malt Scotch whisky, which will be available in 2020.