A liqueur is a hard thing to get right. It can be too sweet and cloying and there’s a risk its flavour is under or overwhelming. But this year our annual competition showed that brands are focusing on balance and complexity. 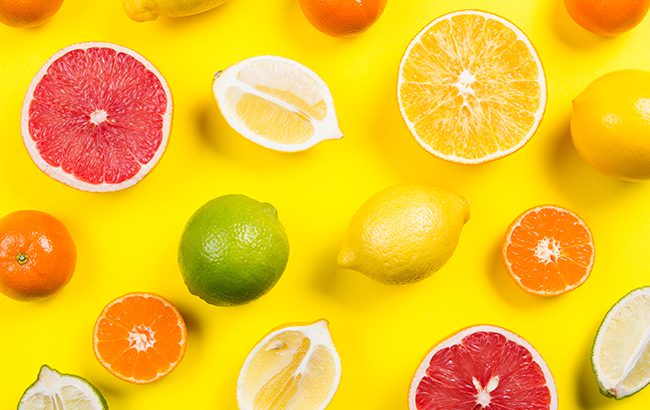 In the fickle world of spirits, it can sometimes be hard being a liqueur. A somewhat overlooked category, liqueurs are the chameleons of the drinks world, able to adapt to sipping occasions, apéritif hours and, perhaps most commonly, cocktail serves.

With trends such as low­-abv drinks and the current coffee craze, producers have wasted no time in putting their best foot forward to prove liqueurs can be just as on­-trend as any other spirit category – and with the quality to boot.

This year’s Liqueur Masters put the category through its paces as two panels of expert judges gathered at cocktail bar The Den at 100 Wardour Street in London’s Soho for a day of blind tastings.

One group was chaired by me, Melita Kiely, deputy editor of The Spirits Business magazine, and also consisted of Ben Manchester, bar manager at Bluebird Chelsea, and Massimiliano Bosio, bar manager of The Den.

Lindsay’s panel got off to a roaring start tasting the Herbal flight, with the first spirit securing a coveted Master medal: Joseph Cartron Violette. With a mix of floral and herbal aromas, Powell said this was the “only violet I’ve ever liked”. A second Master was also uncovered in the form of HirschRudel Kräuterlikör, praised for its “warming spice” and “mint” notes. Three Golds and three Silvers were also dished out to worthy recipients. “Nothing in the flight tasted synthetic or left a cloying feeling of being over­-sugared,” noted Lindsay. “Bags of spice and a real mixture of complicated liqueurs and some that really knew what they were about – a cracking start.” 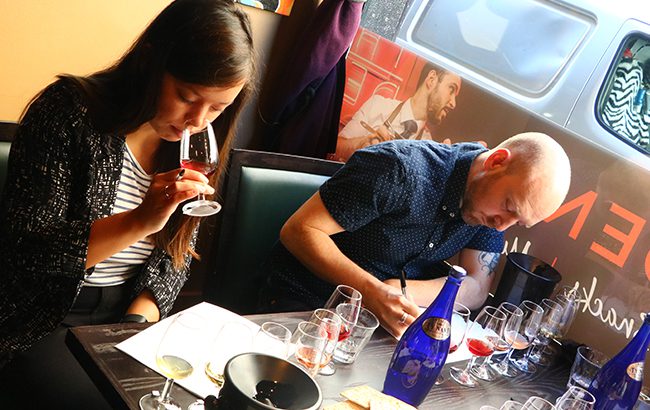 Meanwhile, my panel was sipping its way through a selection of Fruit liqueurs, which also presented two Master medallists. Maennerhobby’s lemon-­flavoured Zitronenlikör blew the judges away with its “zingy palate” and “sourness”. Giffard’s Rhubarb Liqueur was also deemed Master-worthy for its likeness to “rhubarb­-and-custard sweets” and “full mouthfeel”. Seven Golds and four Silvers were also uncovered in this flight.

“It’s a skill to get the flavour of a fruit to come across as natural in a liqueur, and the good majority of them managed it very well,” enthused Manchester. “The Rhubarb in particular was a very honest representation; the flavour wasn’t artificial in any way.”

It would appear the Master floodgates were opened during the first two flights as the awards kept rolling in. Lindsay’s panel assessed the Tea contingent and awarded Teara Black Tea Liqueur a Master, with its “beautiful floral nose”, “orange blossom” and “bergamot” flavours. “I loved the jasmine tea nose,” said Mishin. “On the palate, I get over-brewed green tea. It reminds me of a walk through the park in spring in Uzbekestan. Brings back memories.”

Back on my panel and another Master was bestowed upon Queens of Denmark’s organic elderflower liqueur in the Elderflower flight. With aromas akin to a “delicate white wine” and a “tangy, not over-­sweetened” palate with a “long­-lasting flavour”, judges were impressed by the expression’s balance.

“This had body to it,” said Manchester. “It had an extra layer of flavour, some depth to it, which gives a really nice balance.”

In the Confectionary flight, Lindsay’s team enjoyed Master medallist Koskenkorva Salmiakki, a salt-­liquorice-­flavoured liqueur from Finland. “The viscosity is perfect: salty, savoury, spicy – perfectly balanced,” said Powell. “Adding salt to syrups is a trend now and this is both sweet and salty. I expected Black Jacks and got something more refined than that.”

Among this year’s Cassis entrants, three Golds and a Silver were awarded, as well as another Master, this time to White Heron Brands’ British Cassis, which had “balsamic vinegar” and “red wine” qualities. “This was the most complex out of them all; it had chocolate, intense wine notes on the nose,” said Manchester. “Then on the palate it had more than just blackcurrant; there was chocolate, oak, coffee – there was a lot more going on.” 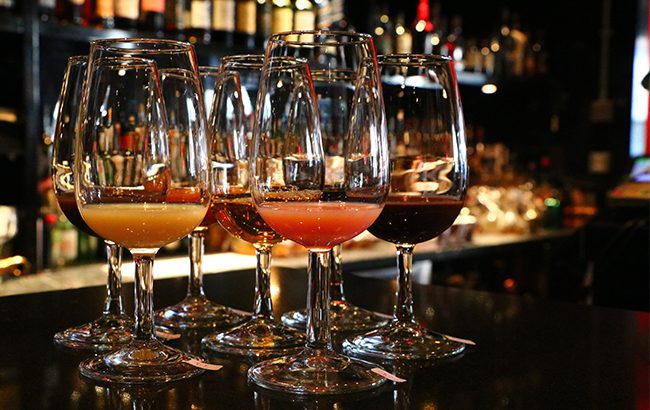 My panel then moved on to one of the hottest flavour trends in the spirits industry – Coffee. Three Golds were awarded, the first to Dark Matter Spiced Mocha Liqueur with its aromas of “digestive biscuits and white chocolate” and “spiced aftertaste” on the palate. Another Gold-­standard expression was found in Lignell & Piispanen’s Crafted 58 Cold Brew Coffee Liqueur, praised for its “dark chocolate” depth and “real coffee” flavour. The third was given to Fair Café Liqueur, made by Ethical Wine & Spirits, in which judges found hints of “freshly ground coffee” and “citrus”. Two Silvers were also enjoyed.

On Lindsay’s panel, the Dessert flight resulted in a Silver medal for Shelter Point Distillery’s Sunshine Liqueur. “I like that this was almost a candied sweetness when it could have been cloying,” said Lindsay. “It was a very interesting product.” Powell agreed, and described the liqueur as having: “Bitter roots on the nose, some high and low notes, floral with a touch of bitterness.”

In the Own Label heat, a Gold was awarded to Aldi’s “complex” Gingerbread Gin Liqueur, which was “not too sweet, a bit zesty”. A Silver was also given to Aldi’s Bellucci Amaretto Liqueur.

Onto the Traditional liqueurs flight and a strong medal haul was led by Wenneker Triple Sec, which was bestowed with a Master. “Orange, spice, booze – lovely,” enthused Lindsay, whose adoration was backed up by the rest of the team. Powell said: “It’s got a fantastic powderiness to it and the mouthfeel is perfect. I love the level of sweetness, which balances the bitterness from the peels.”

Three Golds were also secured in this heat by Cartron Miel Honey, with its “fantastic nose” and “manuka honey” flavour; Staibano Limoncello, with its notes of “lemon sherbet”; and “refreshing” Koskenkorva Minttu.

Mishin said: “Overall, these were brilliant. Traditional should always have a place and their production should always continue.”

The final flight for my panel was Cream, in which we found three Golds and four Silvers. Gold-­medal winner Aldi’s Specially Selected Egg Nog brought nostalgic memories of “Mini Milk ice creams”, while the Cotswolds Cream Liqueur was hailed for its “luxurious mouthfeel”. Carthy & Black Yorkshire Cream Liqueur was celebrated for its “honey-­like” flavour and “silky” texture. “It’s tough to get a complex flavour in cream liqueurs, but these had some great mouthfeels and textures to them,” said Manchester.

The final flight of the day was sampled by Lindsay’s team – Irish Cream. Two Silvers concluded the day’s tastings: one for Aldi’s Ballycastle Irish Country Cream, with its “great viscosity” and “ice cream cone notes”; and the second for Aldi’s Specially Selected Irish Cream Liqueur, with tastes of “chocolate and hazelnut”.

As the judges reflected on the assortment of liqueurs set before them throughout the day, they agreed that the category is growing in diversity and quality.

“We’ve given out a few Masters today, which I wasn’t expecting,” admitted Lindsay. “There are some sub­categories that need work, but I found that particularly in the Traditional liqueurs, they offered exactly what they should.”

Mishin agreed, and added: “Liqueurs definitely have their part, and it’s a great part to play. They can offer real quality.”

Click through to the following page for the complete list of medal winners from The Liqueur Masters 2018.