New Irish distillers are adding zest to the country’s whiskey offerings. The Spirits Business highlights some exciting expressions from the emerald isle.

More than a century after the Irish Literary Revival, when the work of poetic luminaries such as William Butler Yeats rose to prominence, Ireland is celebrating a revival of an entirely new variety.

The so­-called ‘Irish whiskey renaissance’ has taken hold, as sales rocket and new distilleries open at an unprecedented rate. The category has also firmly established its premium trajectory, while at the same time brands are enticing consumers and bartenders alike with their experimental and high­-quality offerings.

It was against this exciting backdrop that our judges gathered for the 2017 Irish Whiskey Masters blind­-tasting competition. The judges were Tobias Gorn, whisky and cigar sommelier at Boisdale; Joe Boxall, group bars manager at Boisdale; and Karen Taylor, founder of the Whisky for Everyone blog. The competition was chaired by Amy Hopkins, editor of The Spirits Business. 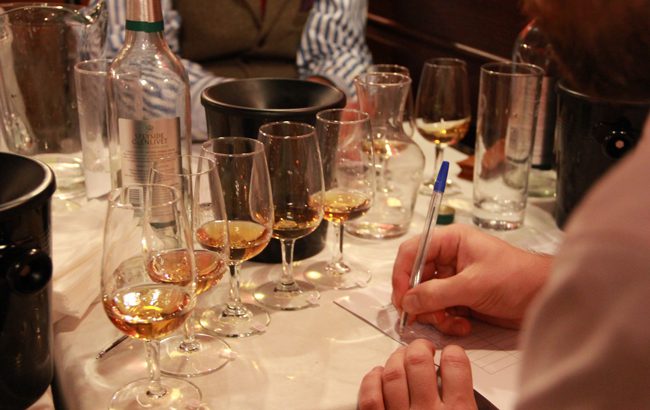 “As Irish whiskey becomes more popular, this is a category that will surely grow in the future,” Taylor said of the single grain contingent. “It was lovely to see some great examples here.”

Into the blends – the bulk of the Irish whiskey market – and judges turned their attention to Standard expressions, awarding two Golds and four Silvers. “It’s definitely very pronounced, with a big fruity palate,” Gorn said of The Pogues Irish Whiskey. Meanwhile, fellow Gold medallist The Quiet Man Superior Irish Whiskey Blend won praise for its “gingery finish”. “I got stone fruit on the nose, and the spicy finish was really nice and unexpected,” said Boxall.

Our first Master medallist was discovered in the Blended – Premium flight. Teeling Small Batch was lauded for its “lovely cocoa finish with a touch of cedar wood” by Gorn, who also said the expression had an “underlying malty sweetness, which was really wonderful”. A further three Gold medals and one Silver were awarded in the round.

Moving up the price ladder into Blended – Super Premium, and the Master medley continued, with the accolade this time bestowed on two stablemates: Tullamore Dew Phoenix and Tullamore Dew 12 Year Old Special Reserve. “It has a wonderful hazelnut character, with big and sexy chocolate flavours,” Gorn said of Phoenix. Boxall, meanwhile, called the 12 Year Old “warming and quaffable”. Taylor added: “It’s everything you’d expect in a super­premium blend.” A further three Golds and two Silvers were awarded in the flight.

At the very top end of the price spectrum, the Blended – Ultra Premium flight yielded two Golds. “The blending here was perfect, and everything was well­balanced,” Taylor said of Jameson 18 Year Old. Midleton Very Rare 2016 was praised for its “great viscosity” and “apricot jam flavour”.

Reflecting on the blends, Taylor said: “It’s the bread and butter of the industry, and has to be reliable. But today’s competition showed that there’s enough diversity that you don’t get bored. There were some really good examples here.” 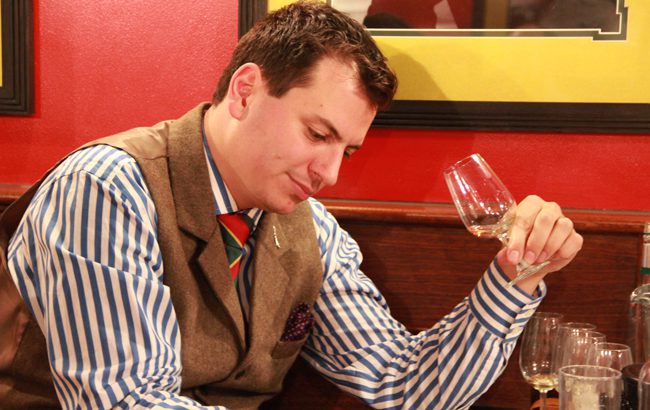 The judges’ foray into single malts produced one Gold and one Silver in the Single Malt – Standard round. Gold medallist Tullamore Dew displayed a “really floral nose, and a lot of fruit on the palate”, according to Boxall.

A further four Gold medals and one Silver followed a tasting of Single Malt – Premium expressions. Boxall said Writers’ Tears Red Head was “like opening a box of pencils” and praised its “nice level of heat”. Taylor, meanwhile, appreciated Teeling Single Malt’s aroma of “apricots and other stone fruits”.

She added: “For me, it felt like there were two distinct styles on display in this round – green apple and then rich sulphur with dark chocolate fruits. They both suit a certain palate – one isn’t better than the other. It’s nice to see such different styles, especially since there aren’t very many distilleries producing single malt in Ireland – it’s going to be really exciting in the next couple of years.”

Irish as good as Scotch

This diversity was also apparent when judges turned their attention to Single Malt – Super Premium expressions. The round produced four Golds and two Silvers. Gorn said Tullamore Dew 18 Year Old Single Malt was “really complex” and showed that “Irish single malts could be just as good as Scotch in terms of quality”. Boxall enjoyed Glendalough 13 Year Old Single Malt’s “unusual” character. “Every time I go back, I pick up something different,” he said. 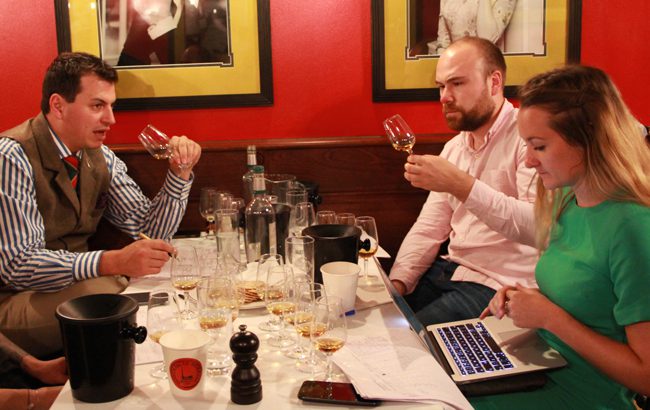 A straight sweep of Golds followed in the Single Malt – Ultra Premium section. “Very meaty and a nice rancio. I love the long finish and the fact that it was able to keep its balance,” Gorn said of Teeling 24 Year Old Vintage Reserve Single Malt. Overall, judges were impressed with the luxury offering, but noted the difficulty distillers face when playing in this space. “For this price and age bracket, they are entirely dependent on the cask, which is tough,” noted Taylor.

We then moved on to a rapidly emerging and exciting area of Irish whiskey – Single Pot Still. In the Premium leg, the gold standard continued. “This really stood out for me,” Taylor said of Redbreast Lustau Edition. “It was a really unusual pot still. There was a vegetal note that was very pronounced on the nose, but then settled down on the palate.”

Judges awarded their next Master in the Super Premium category: Redbreast 12 Year Old Cask Strength. “There was so much going on here,” said Gorn. “There are flavours of fresh vanilla, honey, cocoa powder, wood spices – it’s like a larder that’s been emptied out.” The flight’s Gold medalists – Redbreast 15 Year Old and Method and Madness Single Pot Still Irish Whiskey Finished in French Chestnut – also won praise.

End on a high

The Single Pot Still focus ended on a high in the Ultra Premium round, when Midleton Barry Crockett Legacy swiped the final Master medal of the competition, and Redbreast 21 Year Old secured a Gold. “It was perfectly balanced and had a very long finish, but it had the right amount of spiciness, with malt and vanilla – like custard cream biscuits,” Taylor said of the Master.

As the day’s proceedings came to an end, the panel assessed a diminutive Poitín round, and duly awarded a Gold medal to the “very rounded” Teeling Spirit of Dublin. “Bartenders could use this in the same cocktails as silver Tequila,” observed Gorn, and he added: “It’s clear that Ireland’s distillers are upping their new­ make spirit game.”

Overall, judges were heartened by the clear quality and diversity through the sub­ categories of Irish whiskey. “It’s really exciting to see the variation in Irish whiskey at the moment – there’s a lot of complexity on display,” said Taylor. “Some people say there’s standardisation in the industry, but I think this competition has proved it’s not the case. The stand­out for me was the pot stills, and it was wonderful
to see such a high standard in the category that Ireland owns. It’s going to be even more exciting as more distilleries start producing in the future.”