Rémy Cointreau is aiming to enhance the footprint of Cointreau liqueur in the UK with the launch of a £1 million marketing campaign. 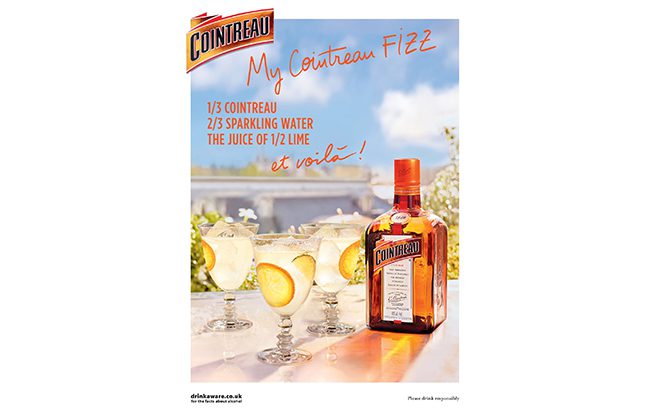 The campaign will run across digital, social and out-of-home media and will promote the Cointreau Fizz cocktail serve.

Running from May 2017 until the end of August 2017, the campaign will be led by UM, part of IPG Media group. It will be targeted towards London, with London Underground placements, and other “high impact” sites.

“In a cluttered spirit market, it is essential to reconnect with our current audience as well as interest a new generation,” said Eleonore Moreau, UK marketing director for Cointreau.