With whisky lovers’ favourite night of the year approaching, SB has gathered an adventurous selection of Scotch whiskies that are perfect for paying homage to renowned Scottish poet, Robert Burns.

Burns Night (25 January) celebrates the birthday of legendary Scottish poet Robert Burns, who was, as SB understands, quite the fan of the “wee refreshment” – so what better way to toast his legacy than with an off-the-wall whisky in-hand?

The expressions that follow were chosen for their unusual or quirky tendencies, whether in production methods, flavour profile, or age statement – so charge your glass and raise a dram for Rabbie Burns.

Click through the following pages to discover our selection of unconventional Scotch whiskies for Burns Night. 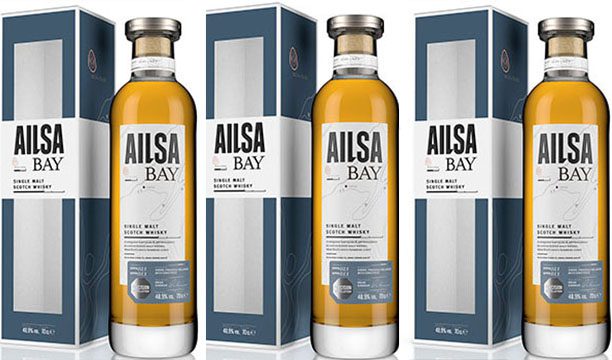 The first single malt whisky from William Grant & Son’s Ailsa Bay Distillery is a micro cask-aged peated expression that demonstrates “optimal control” methods used at the site. Ailsa Bay is the result of the distillery’s peated distillation run, which takes place for just two weeks out of the year. The single malt whisky is a combination of liquid from four different casks: refill American oak, first fill Bourbon, new oak and baby Bourbon casks from the Hudson Distillery in New York.

This whisky made our list for it’s unconventional no age statement and marks the brand’s first foray into the peated category. 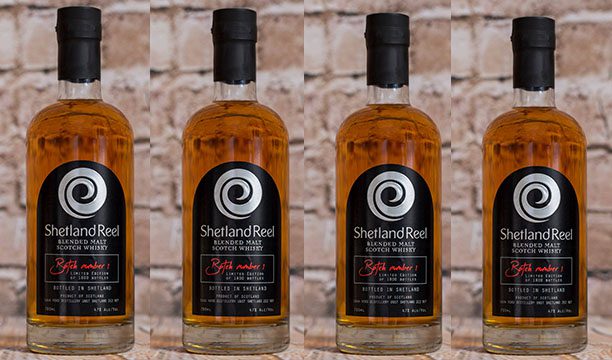 Released in November 2015, Shetland Reel Blended malt Scotch Whisky is bottled in Shetland from four Speyside and one Islay cask-strength single malts, and diluted to 47% abv using Unst water. The blend ‘Batch 1’ is a limited edition of 1800 bottles and is now sold out with ‘Batch 2’ now available. It is described as having notes of “sweet dried fruits, spices, wood and windswept with peat”.

We added this to our list for its location in a new Scotch ‘region’ as the UK’s most northernly distillery, although the first batch is sold out, why not drink to Rabbie Burns with the distillery’s Batch 2. 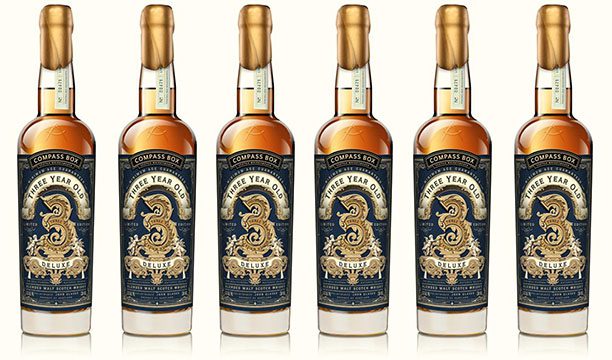 A limited edition blended malt from Compass Box, made with three different malt whiskies. The youngest whisky in this expression is three years old (the only age they are allowed to disclose is the youngest component), though it makes up less than 1% of the entire blend, with 90% being made up of whisky from the same distillery of “an unstated but considerably older age”, and 9% peaty malt whisky distilled on the Isle of Skye.

An interesting whisky made up of a variety of different malt whiskies including a three-year-old has certainly made our list of unusual whiskies. 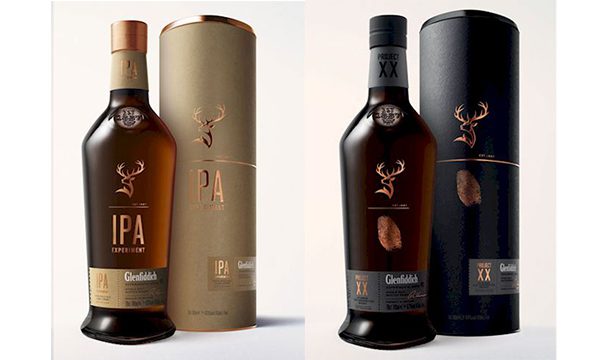 The 43% abv single malt is imbued with “zesty citrus and tangy hops” from the oak casks that had previously held a bold Speyside IPA. The collaborators had to design and create a new IPA craft beer that would go into whisky casks, which would later be used to finish the first experimental variant.

Glenfiddich’s foray into IPA-finished whisky will certainly turn the heads of beer and whisky fans across the globe and is surely one to try on Burns Night. 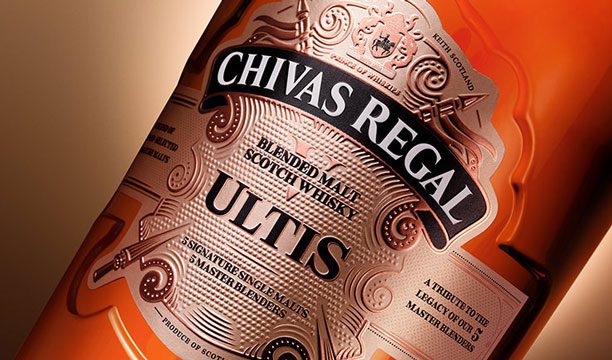 The first blended malt from Chivas Regal has also topped our list of unusual whiskies due to its blend containing five different whiskies. Why enjoy one whisky on Burns Night, when you can have a taste of five? 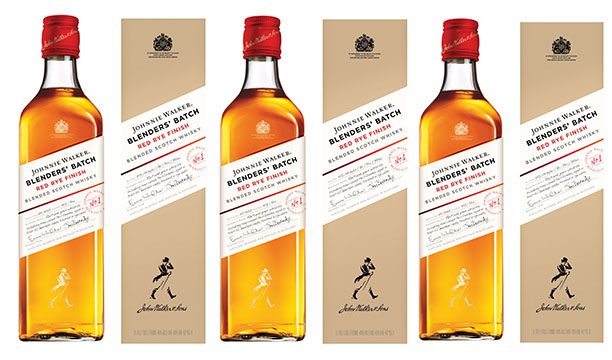 Johnnie Walker Blenders’ Batch Red Rye Finish was created by the brand’s team of blenders, led by master blender Jim Beveridge, and took more than 50 experiments exploring 203 malt and grain whisky samples to hit upon the final recipe. The expression features a blend of malt and grain whiskies aged in first-fill Bourbon casks and finished in rye casks. Four whiskies make up Red Rye Finish, including Cardhu single malt for its “vibrant, fresh fruitiness”, along with “creamy, vanilla” grain whisky from Port Dundas.

This blend combines all the characteristics of Scotch, matured in first fill American Oak casks with a Rye Cask finish, making it the perfect dram to toast in Burns Night. 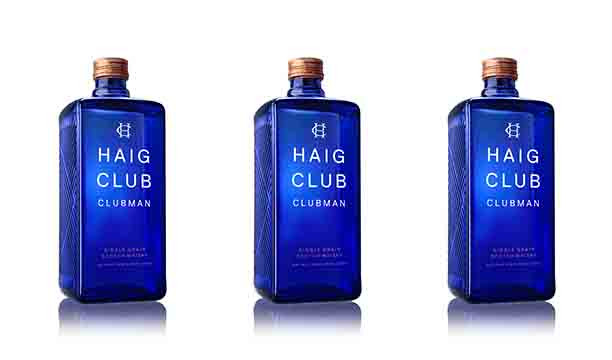 In a bid to revolutionise the way we drink Scotch, Diageo and David Beckham have released the first permanent line extension in the Haig Club single grain Scotch whisky range, called Clubman. Clubman exclusively uses American oak casks that previously held Bourbon, while Haig Club uses three wood types – refill casks and fresh ex-Bourbon American oak casks and rejuvenated casks. Ronan Beirne, global marketing director for Haig Club, said: “We are purposefully and assertively inviting consumers to make their own rules on how to enjoy this versatile Scotch whisky. This progressive approach aligns with our long term ambition to recruit new whisky drinkers by breaking down the barriers for entry, continuing to drive the vibrancy and relevancy of the category.”

Now this entry may come as a surprise to some, but Beckham does seem to be trying to revolutionise the way drinkers enjoy their Scotch and make it more accessible to others. Merry Scottish folk who might not be the biggest fans of whisky can try it the way Beckham does on Burns Night. 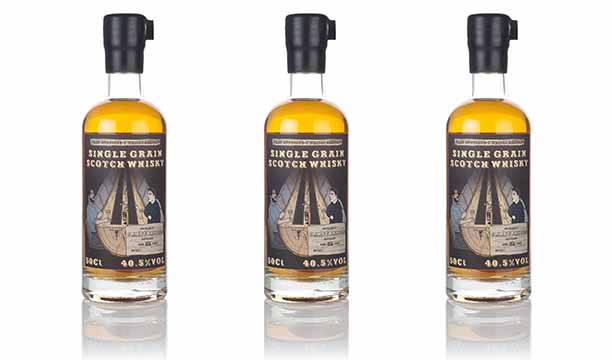 The quirky label itself makes TBWC’s latest whisky on our radars here at SB. Definitely something special to toast in memory of Robert Burns. 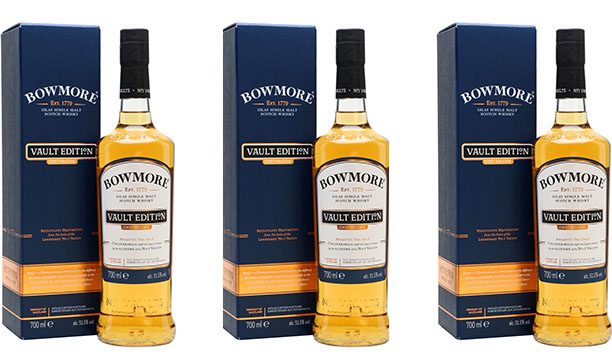 Bowmore Vault Edition Atlantic Sea Salt is the first whisky in a four-part collection designed to champion the distillery’s core flavours. Each whisky in The Vault Edition series, released annually, will be centred on one of Bowmore’s four key flavours; Atlantic sea salt, peat smoke, vanilla sweetness and citrus fruits.

The collection takes its name from Bowmore’s maturation warehouse the No.1 Vaults, which was established in 1779. Aged in ex-Bourbon casks, the first release will highlight Bowmore’s salty flavour profile, and is designed to reflect the “distinctive climate” in the depths of the vaults.

This more flavour-focused whisky is certainly unconventional and a real treat for toasting in Burns Night. 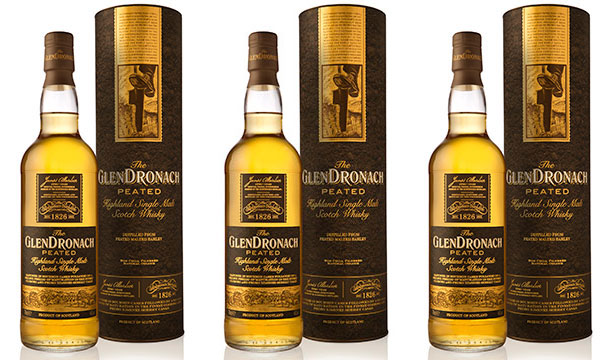 Owned by The BenRiach Distillery Company, Speyside distillery GlenDronach made its first foray into smoke with the launch of The GlenDronach Peated. Made using peated malted barley and bottled without an age statement, GlenDronach Peated (46% abv) has been aged in Bourbon casks ahead of a second maturation in Oloroso and Pedro Ximenez sherry casks. It is said to have a flavour of oak spices, heather, honey develop barley sugars and white pepper.

This adventurous bottling without an age statement is the first peated whisky from Highland distillery Glendronach and is unusual for being an brand known for its unpeated whiskies.