Despite significant progress, the spirits industry has yet to shake off a sense of patriarchal dominance. But as our collection of top [women] master distillers and blenders shows, excellence in spirits production can never be confined to just one gender.

Rum blending is a combination of art and science, asserts Appleton Estate’s master blender, Joy Spence. Which is why the lack of women studying and working in STEM fields (science, technology, engineering, and mathematics) should be a concern to the spirits trade, with all four disciplines at the heart of production.

As our collection of top master distillers and blenders – who happen to be female – attests, STEM excellence, even in the often male dominated spirits trade, does not just belong to one gender. This collection of chemists, technologists and analysts are responsible for some of the world’s biggest spirits brands, and are leading the charge in pushing not just product development, but the wider industry forward.

While celebrating the talents of this group of blenders and distillers, its worth remembering that even in 2016 women associated with spirits get a raw deal. Female bartenders in the UK are paid on average 18% less than their male counterparts, according to the British Hospitality Association, and sexual harassment of staff and patrons in bars remains a real issue.

In the continuing spirit of International Women’s Day, click through to discover our top blenders and distillers, in no particular order – who happen to be female.

Have we left someone off the list? Let us know in the comments below. 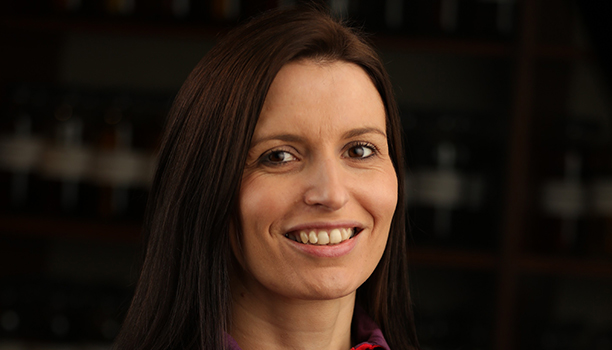 After completing a degree in Nutrition and Food Science, Kirsteen Campbell cut her teeth in the whisky industry in lab-based roles at both Diageo and The Scotch Whisky Research Institute. She joined Edrington in 2007, and was appointed Cutty Sark master blender when the company acquired the brand in 2010.

Then, this month, Edrington announced she would succeed Gordon Motion as master blender for The Famous Grouse.

“I feel very privileged to be taking on the role of master blender for The Famous Grouse,” said Campbell, who will also continue in her role as master blender for Cutty Sark. “It is an exceptional blend and I’m looking forward to working with the team here to ensure we that we continue to deliver the quality and character expected of the UK’s number one selling blend.”

Motion hails Campbell as “a very talented master blender”, adding that he has “no doubt she will rise to this new challenge”. 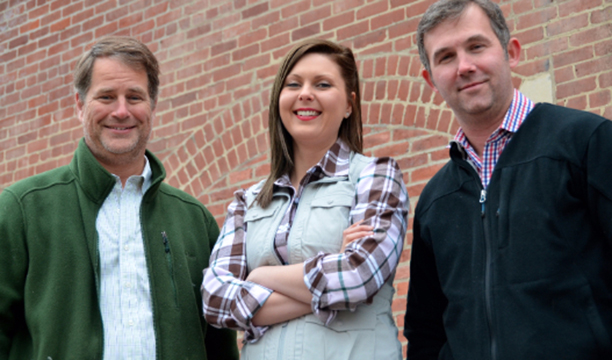 Marianne Barnes became the first female master distiller of Bourbon in Kentucky since Prohibition when she took up her current role at The Old Taylor Distillery in 2015, later renamed Castle & Key.

Her first venture, setting up a craft shop with her mother, led to an internship at Brown-Forman, where she joined the R&D team. After a five-month break, Barnes rejoined Brown-Forman as plant production leader, before being promoted to a associate process research engineer role.

Barnes then took up the master taster mantle, working alongside Woodford Reserve’s Chris Morris, where she focused on flavour development, as well as a number of educational programmes.

But the opportunity to join Will Arvin and Wesley Murry to renovate and reopen the Old Taylor Distillery was “too good to pass up”, she said in 2015, while noted whisky writer Fred Minnick described her appointment “historic”. 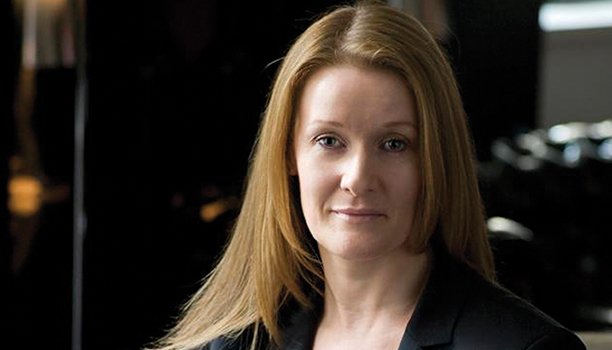 In 2016, Joanne Moore will celebrate 10 years as G&J Distillers’ master distiller. She joined the business in 1996 with a biochemistry degree under her belt, initially working as a quality controller, before moving quickly to quality manager, with responsibility for product quality, from distillation to dispatch.

Speaking to The Spirits Business in 2014, she described her master distiller appointment in 2006 as “a very proud moment”. “Obviously it’s a bit of a male-dominated industry, but I’ve always been a bit of a tomboy growing up so it didn’t really matter that I was going to be surrounded by men. And nowadays there are more women coming into the industry, so I’m not alone.” 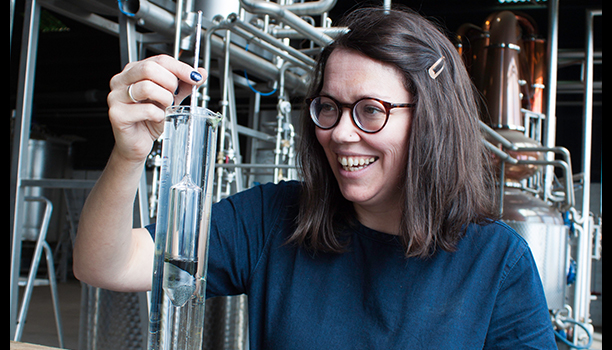 Kirsty Black kicked off her career in the medical devices industry before pursuing a Masters Degree in Brewing and Distilling at Heriot Watt University in Edinburgh. Despite expecting brewing to emerge as her preferred discipline, Black says she fell for the “amazing process” of distilling.

Prior to joining family-owned Arbikie in 2014, Black consulted on the Summerhall Distillery build in Edinburgh, and helped develop the recipe for Pickering’s Gin. Today her role comprises Arbikie product development, including Kirsty’s Gin, released in July 2015.

“I’m delighted to see two years of hard work culminate in ‘Kirsty’s Gin’,” Black said at the time. “I would like to thank all those who helped me along the way, in particular Heriot-Watt University, Edinburgh Botanics and the Forfar Botanists.” 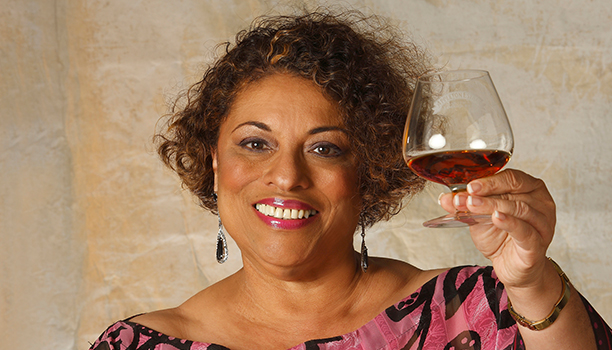 After falling in love with chemistry at the age of 13, Joy Spence embarked on a career as a scientist, graduating from the University of the West Indies in 1972 with a first-class honours degree in Science. She taught Chemistry for a time, and then moved to the UK to pursue a Masters in Analytical Chemistry at the University of Loughborough. After returning to Jamaica and lecturing, she left academia in 1979 and joined J Wray & Nephew two years later as chief chemist.

It wasn’t long until Spence’s “passion for the art of creating rum blends” shone through, and in 1997 she was appointed master blender at Appleton Estate Jamaica Rum. During her tenure, she has been responsible for a number of noted releases, including the limited edition Appleton Estate 50 Year Old Jamaica Rum. She says blending rum is a combination of art and science, “bearing in mind the compatibility of the different marks, the effects of ageing, and the Chemistry profile”.

In 2005, Spence was honoured by the Government of Jamaica who awarded her the Order of Distinction in the Rank of Officer, (OD) for her service to industry. 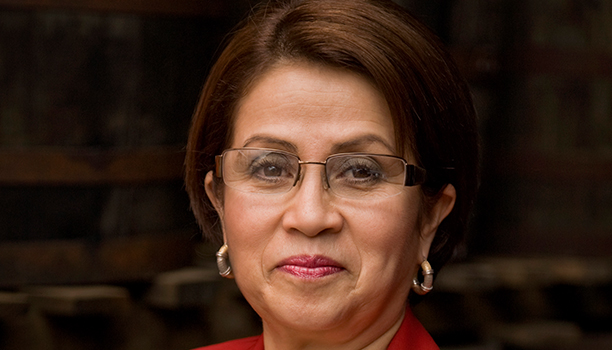 Nicaragua-born Lorena Vásquez says being a master blender is not a profession but a way of life. She studied chemistry, food technology and business administration, before marrying a Guatemalan and moving to his home country. Her career at Zacapa started in the quality control department, where she honed her innate sensitivity for aroma and flavour, and her career progressed rapidly.

Almost 25 years on, and in her role as master blender, Vásquez is credited with improving the brand’s Sisterna solera ageing system, and has developed and released an array of rums, including Zacapa 23 and Zacapa XO.

“As I have a true passion for rum making and I am a perfectionist at heart, nothing gives me greater pleasure than meeting those who appreciate and enjoy Zacapa,” she says. 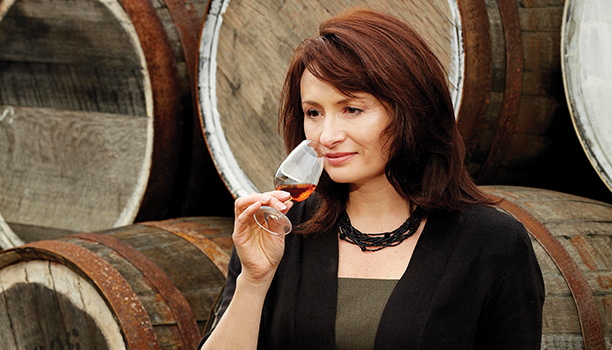 With 24 years in the spirits industry under her belt, Rachel Barrie’s CV is a roster of the great and the good of the Scotch trade, spanning The Scotch Malt Whisky Society, Moet Hennessy, Macdonald & Muir Ltd Distillers, and The Scotch Whisky Research Institute. She joined Morrison Bowmore Distillers in 2011, after 13 years with The Glenmorangie Company. An expert in distilling, maturation, blending, quality management, and flavour and sensory analysis, Barrie has examined over 140,000 casks from more than 80 distilleries over the course of her career.

“When I started in the industry I was the element of surprise at tastings – a young female conducting a tasting, how dare she? Whereas now there are 19-year-old female whisky drinkers really into it,” Barrie told The Spirits Business in 2013. “In New York I had 150 women aged under 40 in one room enjoying whisky, and that never would have happened before. As an industry we are making whisky accessible for more people and the demographic will continue to widen and get more women into it.” 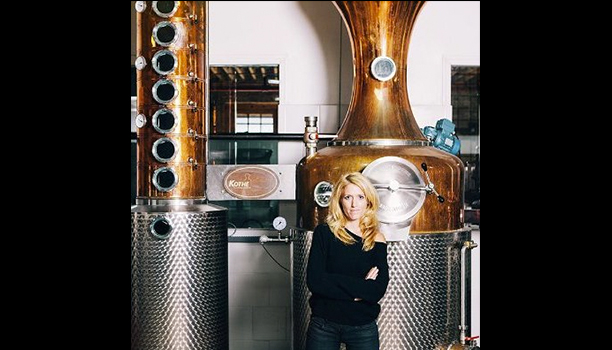 A finance graduate, Bridget Firtle got her first taste of the drinks industry working at hedge fund Knott Partners as a global alcoholic beverages analyst. Then, in 2012, Firtle quit her job and branched out into production, founding The Noble Experiment rum distillery in Brooklyn, and resurrecting New York’s long history of spirits manufacture.

The resulting product is Owney’s NYC Rum a “distinctive, complex, dry white rum” made from all-natural, non-GMO molasses, with infusions and barrel-aged expressions in the works. According to Firtle’s website, the ambition is “to bring native rum back to the US”. 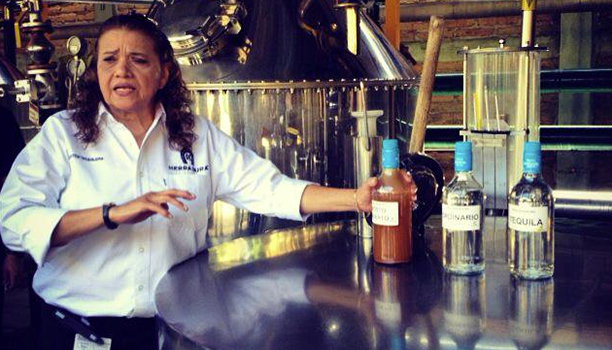 Mexico’s “only” female Tequila master distiller, Maria Teresa Lara underpinned her career with a Batchelor’s degree in Chemistry and a Masters in Quality Control. Before joining the Tequila trade, she worked as water quality manager for the city of Guadalajara, and held a director-level role in the pharmaceutical trade. It was then that she took a fermentation course, and the Tequila love affair began.

Lara’s first Casa Herradura role, from 1987, was a lab manager. A number of promotions followed, and she was eventually named master distiller in 2009. Her recent creations include Directo de Alambique, the fourth release in the Coleccion de la Casa Reserva 2015 series, and Herradura Ultra, a blend of the brand’s Añejo and Extra Añejo Tequila aged in American white oak barrels. 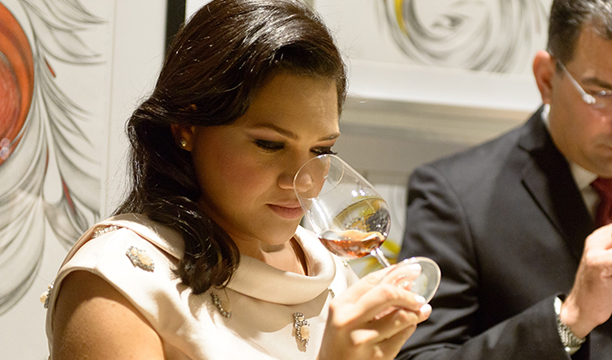 In 2013, the Brugal family announced that fifth generation descendant Jassil Villanueva Quintana had joined the maestros roneros line-up. Not only was she the youngest to hold the title, she was also the first woman. With the promotion came the shift from logistics to liquid production, and the pressure to “live up to the expectations of the older Maestros Roneros”, she said at the time of her appointment.

There was no need to worry: her first release was Papá Andrés Alegría, or ‘Joy’, a well-received luxurious expression celebrating the brand’s founding father, Don Andrés Brugal Montaner.