Full of music, bar crawls and house parties, the most innovative spirits marketing campaigns launched last month certainly got us in a jovial mood.

As the industry gears up for the festive season, brands unveiled a host of fun-filled advertising initiatives.

Bacardi launched a new major marketing push for its namesake rum that depicted a group of friends hosting an “amazing house party”, while Captain Morgan showcased its new Cannon Blast serve with a bar crawl featuring a human cannonball.

Smirnoff also embarked on a global music campaign to accompany the launch of its new flavoured range – Smirnoff Electric.

Click through to the following pages to view the top 10 most innovative marketing campaigns in October 2015. 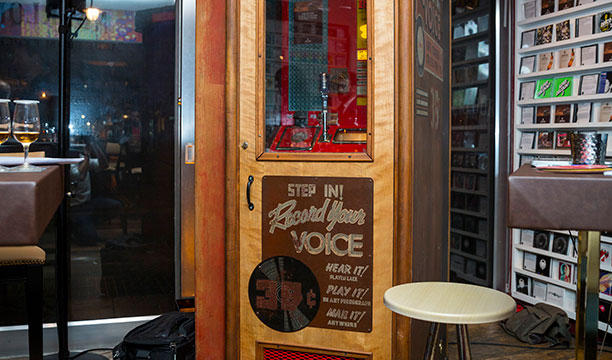 Single malt Scotch whisky brand Aberlour has unveiled the next part of its “Made From Experience” marketing campaign in London, The Aberlour Voice-o-Graph.

The rare vintage recording booth was built in the 1940s and is thought to be one of only two in existence today. It was designed to give music and whisky fans the opportunity to capture their own experiences on vinyl.

Aberlour has teamed up with independent record store Phonica Records in Soho to take the Voice-o-Graph around the world, starting in London, and moving to Canada, France, and the Aberlour Distillery.

Nikki Burgess, global brand director for Aberlour, said: “Whether it be a velvety smooth single malt or a single edition vinyl pressed in our Voice-o-Graph, we believe in celebrating and facilitating authentic and meaningful experiences.” 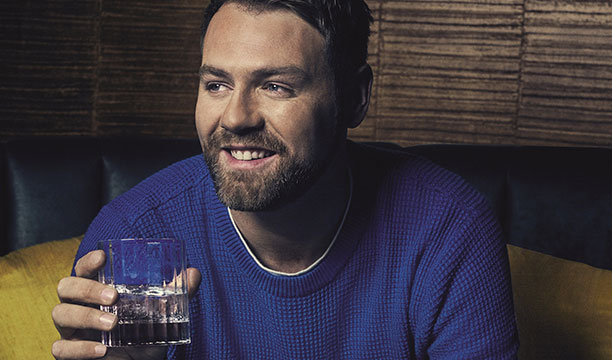 It is hoped Glen’s Platinum can reach a wider audience through the partnership, while strengthening its presence in both on- and off-trade venues.

Glen’s Platinum will be promoted as part of the ex-boyband member’s live shows in the UK and Ireland, offering fans the chance to win concert tickets and meet McFadden in person via the vodka brand’s social media sites.

Bruce Davidson, of the Loch Lomond Group, said: “It is fantastic to have Brian as our partner for Glen’s Platinum vodka. As someone who enjoys great vodka, his input has been invaluable. We know he will connect brilliantly with existing consumers as well as attracting new fans to the brand.” 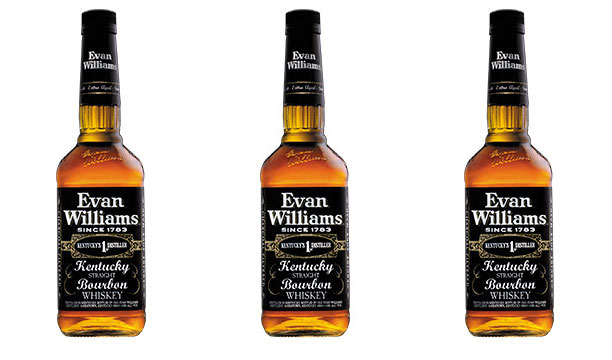 As the official Bourbon, the brand will feature at each of the tour’s 25 stops.

Evan Williams will also be included in behind-the-scenes videos from the tour and arena signage, as well as being featured in tour cocktails and supported by digital media.

“Kip is an authentic country-rock talent whose grassroots style and meaningful lyrics reflect the style and personality of Evan Williams Bourbon,” said Chris Ratterman, Evan Williams brand manager. “We are excited to be a part of the success of his new album and nationwide tour.” 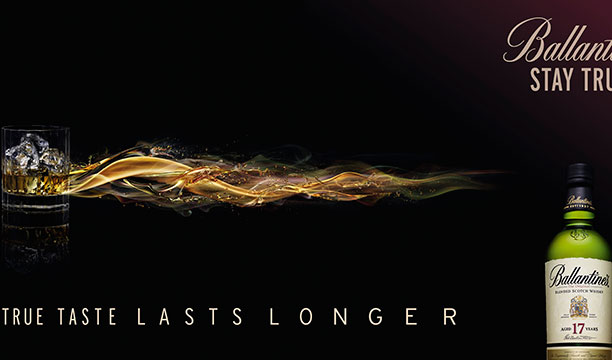 The “True Taste Lasts Longer” campaign is designed to bring the brand back to the “original values” of founder George Ballantine by “visually illustrating” the whisky-making process, from raw materials to the spirit’s long finish.

Out of home visuals include work by photographer Shinichi Maruyama, who has created a flowing whisky motif. A selection of video edits take Maruyama’s abstract style further, with a “montage of elemental motifs” to accompany images of a man drinking Ballantine’s with friends.

Peter Moore, global brand director, said: “Ballantine’s is a truly global Scotch whisky that speaks to a diverse audience worldwide, so our whisky deserves an above-the-line campaign that can communicate its quality and craftsmanship across all cultures and demographics.” 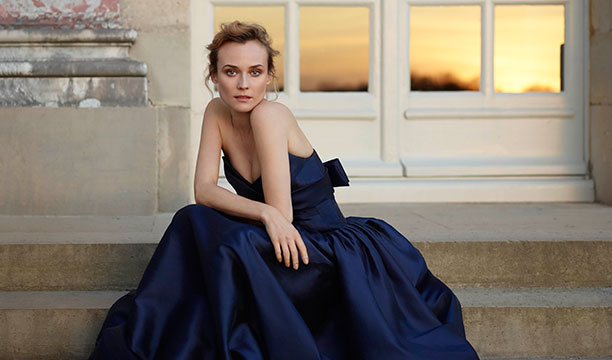 Martell Cognac has completed its worldwide search to identify the 300 “most exciting” French and France-inspired talents within the fields of gastronomy, art, mixology, entertainment and fashion.

César Giron, CEO and chairman of Martell, commented: “The vast array of names on the list from every part of the globe really demonstrates the power of French talent in influencing culture and keeping the French Art de Vivre lifestyle alive cross the world.” 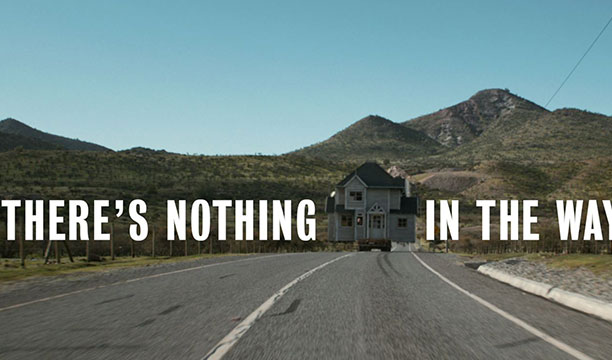 Bacardi is hoping to restore growth of its namesake rum with a major new advertising campaign – the first since it restructured its marketing division earlier in 2015.

Aimed at millennial consumers, the multi-channel campaign is described as “user-centric” and comprises a 30-second TV advert, an experiential “House Party” campaign, and digital and mobile strategies.

The commercial, called Truck, is filmed on a handheld camera and depicts a group of friends hosting “an amazing house party”.

“We wanted to create something where consumers feel like we can be part of their story and they can be part of ours,” said Mauricio Vergara, Bacardi’s global lead for Bacardi rum. “That’s why the ad isn’t overly stylised or overtly ad-like.” 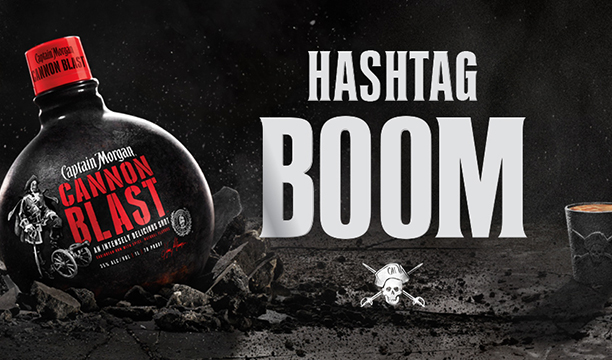 Captain Morgan Cannon Blast is “the shot to end all shots” and is made from a blend of Caribbean rum and “unique bold spices”.

The Cannon Blast Bar Crawl featured Brian Miser, the “human cannonball”, who was fired from multiple cannons between numerous bars. With each blast, Miser was accelerated 110 feet through the air at 65mph before hitting a landing pad.

Dan Kleinman, vice president of marketing of rums at Diageo North America, said: “The Cannon Blast Bar Crawl is one of the most unique and highly sharable things we have ever done.” 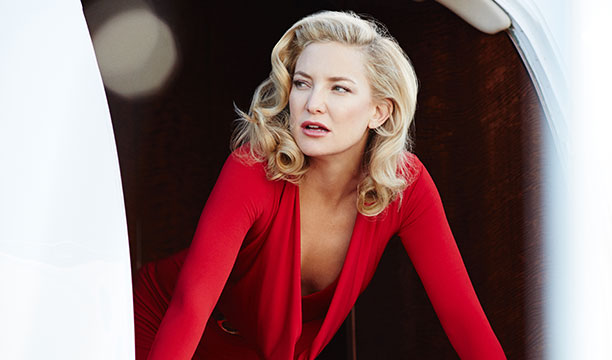 Hollywood actress Kate Hudson has been chosen as the face of the iconic 2016 Campari Calendar as part of the brand’s “BitterSweet” campaign.

The 17th edition of the calendar took inspiration from the US presidential election, which was used as a “metaphor for the duality of two opposing sides”.

incredible talent and ability to switch from approachable, welcoming and sensual to audacious and seductive.” 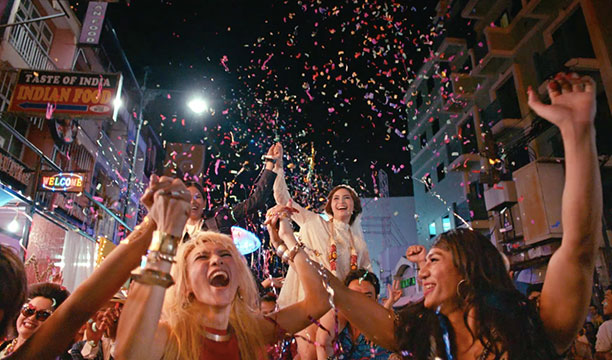 Smirnoff has embarked upon a new global music campaign to back the launch of its latest flavoured range: Smirnoff Electric.

The new range comprises Berry, Apple, Mandarin and Guarana and is aimed at the shot market.

To support the new collection and celebrate the “power of inclusivity”, the brand has launched the #WhatWeBring social campaign in collaboration with musicians Kiesza and Djemba Djemba.

The #WhatWeBring video features the artists’ single Give It to the Moment and depicts stories including a same-sex wedding celebration in Bangkok with partygoers from many different backgrounds.

“Smirnoff’s purpose is to invite people to openness, acceptance and engagement as a way to good times,” said Tom Herbst, VP Smirnoff Innovation. “Our ambition is to provide the inspiration, tools and occasions that remove barriers to inclusion.” 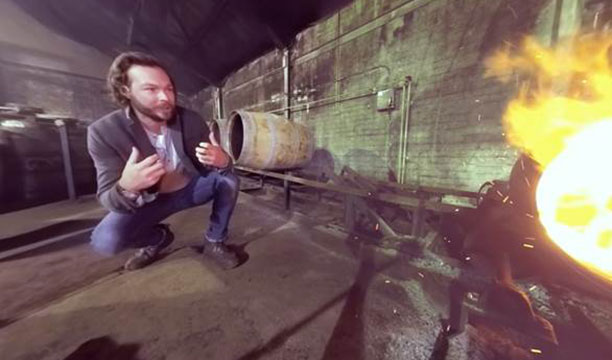 Scratched360 has been designed to bring the whisky-making process behind the new expression “to life” as part of a wider digital marketing campaign throughout the US.

The VR experience features national brand ambassador Gabriel Cardarella, who takes viewers on a journey from the Scottish Highlands through to the scratching and charring process used to produce Dewar’s Scratched Cask.

Consumers can be part of the campaign by visiting Scratched360.com on mobiles, tablets and desktops and receive customised VR viewers at select retailers across the US.

The brand is also embarking on a nationwide tour with a custom-built, 10-foot replica of an American white oak Bourbon barrel. The VR experience is accompanied by a digital media plan which covers social media channels and key online promotions.