“I’m overwhelmed; it’s incredible,” said Dosa. “I think this is the peak of my career. I’m really proud of everything I did today and even prouder of all my fellow competitors.

“They have really given me a good challenge so I would like to celebrate with them.

“There are about 15 of us from the Swedish team and everyone has been incredibly supportive cheering me on.

“This has given me a lot of confidence – winning the competition will bring huge changes to my life.”

The other five finalists who competed in the Super Final were Andreas Walch, of Switzerland, with his before dinner cocktail Golden Temptation; Robert Jean Brommet, of the Netherlands, with his sparkling cocktail Floral Sensation; Vasil Kolev, of Bulgaria, with his Bartenders Choice cocktail Pink Tears; Kuo, Chih-Lin, with her after dinner cocktail Sweet Formula; and Chen Yu-Cheng, of Taiwan, from the flairtending round, with his drink Passion Spirit.

Click through to the following pages for photo round-up of some of the best moments from the IBA WCC 2015 in Sofia, Bulgaria. 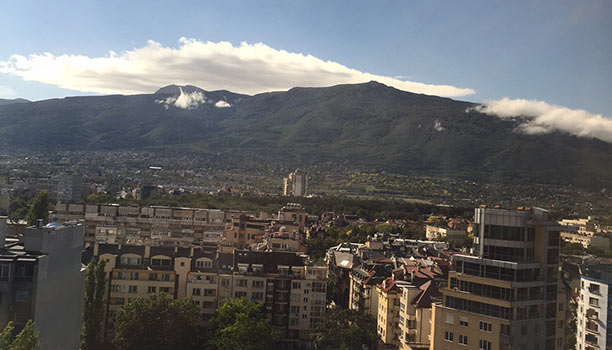 This year’s location for the IBA World Cocktail Championships 2015 was Sofia, Bulgaria. The venue of choice was Hotel Marinela, located a short distance from the airport and with views spanning the city and mountains. 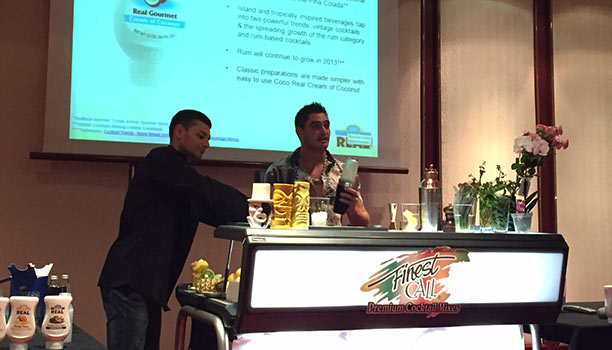 First on the agenda was a masterclass with Reàl Ingredients, which was led by Georgi Radev, bar manager of renowned London venue Mahiki. Radev led a packed room of visitors through numerous Reàl flavours, including coconut, strawberry, pumpkin spice and ginger, and how to use them to create an array of cocktails. 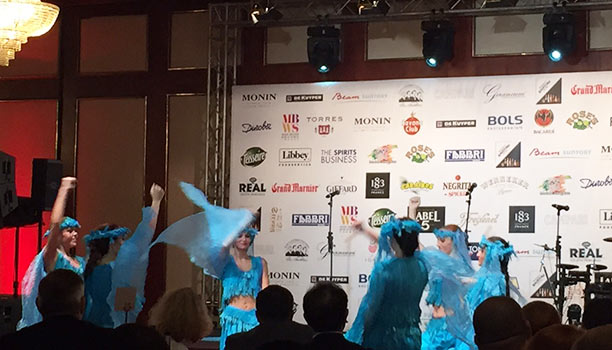 The Sunday evening saw guests gather for a buffet dinner, with entertainment provided by Bulgarian dancers, musicians and singers. 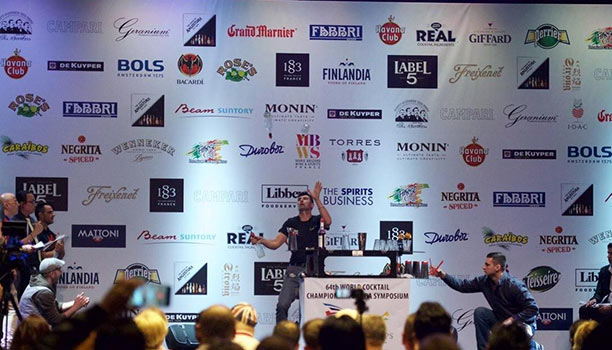 On Monday, it was time for the first leg of the IBA International Cocktail Championships 2015 to kick-start with no fewer than 46 bartenders competing in the Flairtending heat. With minimal drops and spillages, the entrants put on a spectacular show for viewers throughout the day. The judges had a tough job whittling down the competitors to just six, but selected Bruno Vanzan of Switzerland, Vaclav Abraham of the Czech Republic, Viacheslav Beliakov of Russia, Deniss Trifanovs of Latvia, Chen Yu-Cheng of Taiwan and Rodrigo Delpech of the US to go through to the Flairtending finals. 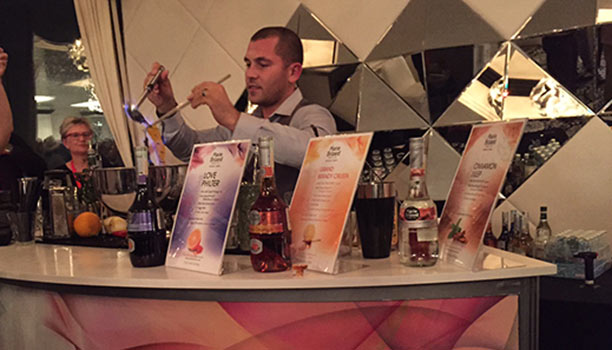 That evening, visitors headed to the 19th floor for an evening of indulging in cocktail offerings from several brand sponsors of the IBA WCC 2015, including Marie Brizard Wine & Spirits who provided the perfect winter warming punch. 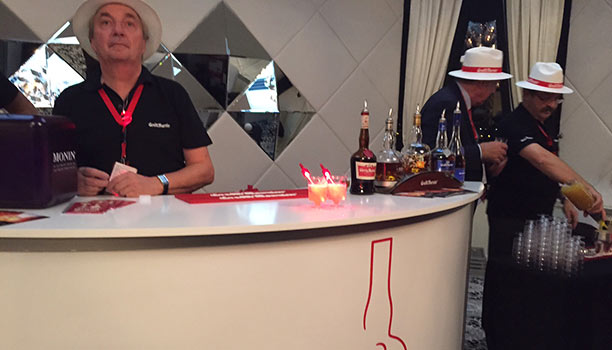 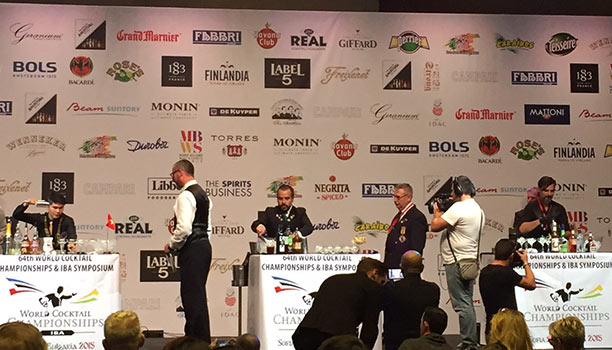 Day two of the competition got off to a flying start on Tuesday, with bartenders competing in the Before Dinner Cocktail, Sparkling Cocktail, Bartenders Choice, Long Drink and After Dinner Cocktail competitions. This was the first year the IBA has introduced the Bartenders’ Choice, allowing entrants to experiment with homemade ingredients and infusions. 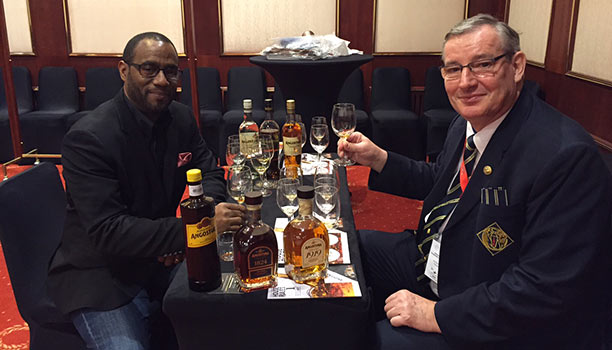 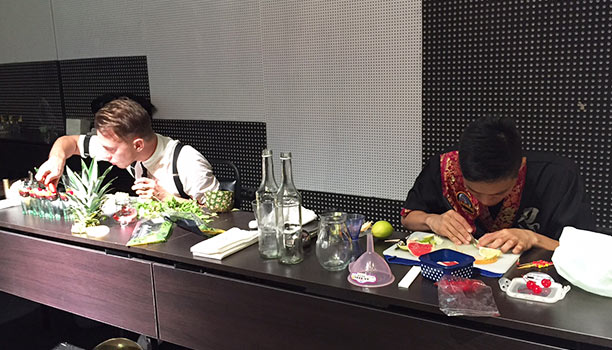 That evening, it was time for the final of the Flairtending competition, for which bartenders were given 10 minutes to prepare their garnishes before taking to the stage. 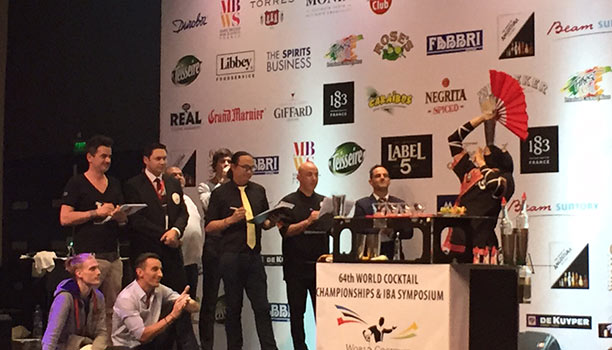 The final drew one of the biggest crowds of the competition and the contestants generated an electrifying atmosphere with their dazzling performances. Soaring to first place was Taiwan’s flairtender Chen Yu-Cheng, whose ninja warrior performance wowed the crowd and judges alike. 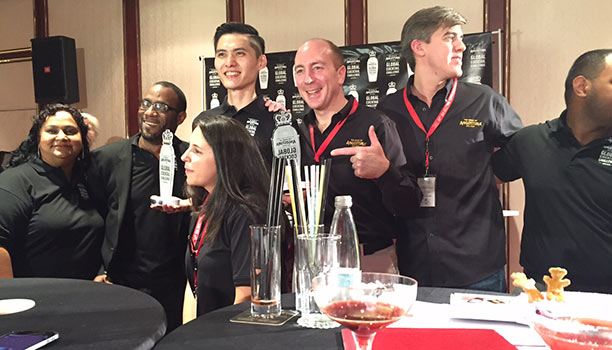 That same evening, Angostura hosted the Asian final of its Global Cocktail Challenge. Four talented bartenders went head-to-head to create two Angostura cocktails – one of which required the use of any Angostura rum and at least five dashes of aromatic bitters, and the other which needed any base spirit brand and at least five dashes of Angostura orange bitters. But walking away with the US$3,000 prize the chance to compete in Trinidad and Tobago next year for a US$10,000 prize and a two-year paid global brand ambassador position with Angostura was Seo Yong Won of South Korea. 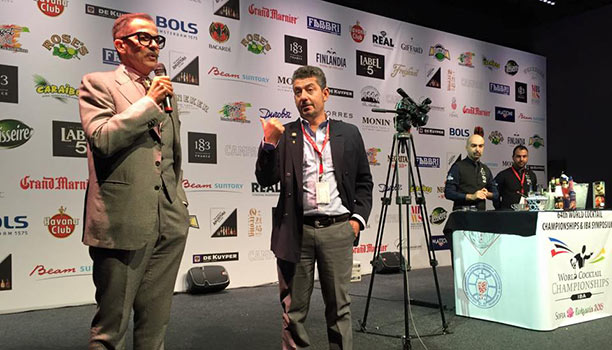 Wednesday was jam packed with seminars from multiple brands as the IBA Symposium took place. Among those presenting their products was the team behind Fabbri 1905, which included (left to right) Nicola Fabbri, Enzo Vogliolo, Alessandro Cattini and Marious Zeniou. 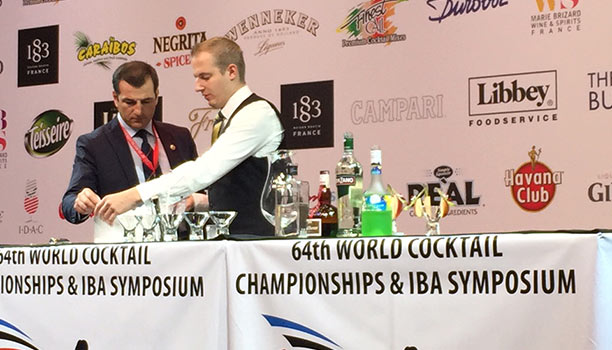 First to take to the stage for the IBA WCC 2015 Super Final was Andreas Walch, of Switzerland, who can been seen here making some last minute preparations before creating his drink Golden Temptation before the panel of judges. Not only that, but this year required finalists to take part in a question and answer session with the judging panel as they made their drinks. 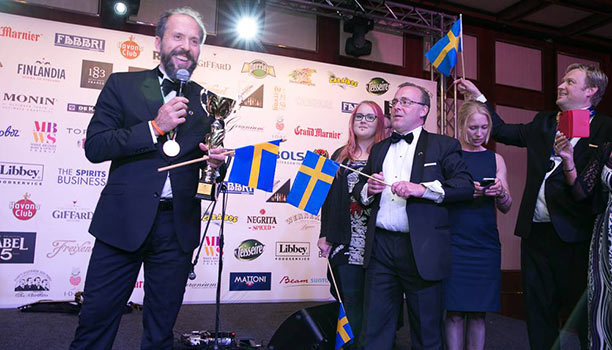 At the gala dinner it was revealed that Swedish bartender Ivanov Dosa was the 2015 champion with his long drink entry, Grand Horizon. The room erupted into applause as Dosa’s name was called and he headed to the stage to collect his trophy with the support of the Swedish Bartenders Association.