Whether salvaged from the depths of the ocean or stumbled upon in the cobwebbed cellars of a stately home, bounties of ancient spirits bottles have been unearthed in the most unlikely places.

Since the sea was historically the main export route for most consumer goods, a plethora of spirits bottles have been discovered in shipwrecks – the most famous of which inspired the famous film and book Whisky Galore.

Other bottles have been found in forgotten cellars, including the Harewood Rum collection, which dates back almost 250 years to the 1780s.

Earlier this year, a hoard of Cognac and Champagne was traced back to Adolph Hitler, who is thought to have hidden the bottles in a bid to protect them from air raids in Berlin.

Sparking worldwide interest, most of these bottles head to auction, where they have been known to fetch exorbitant prices.

Click through the following pages to discover our pick of the top 10 historical spirits discoveries. If you think any have been missed off this list, let us know by leaving a comment below. 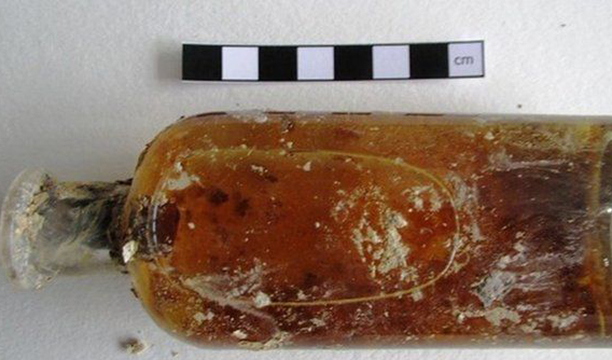 Unearthed by construction workers who were replacing the Ruthven Road Bridge near Kingussie in the Cairngorms, Scotland, this bottle of Scotch whisky is believed to date back to the 1890s. The bottle was buried in the bridge over the River Spey among the contents of a time capsule, which also contained a newspaper dating back to 1894, and has now been donated to the Highland Folk Museum.

“It is fascinating to think these items have been sitting in the bridge’s structure for 121 years,” Robert Ogg, of Morgan Sindall, the construction company which discovered the capsule, told the BBC. “The changes which have occurred since it was placed there are extraordinary. If you think that the bridge was being used by horses back then, it gives you a sense of the time which has passed.” 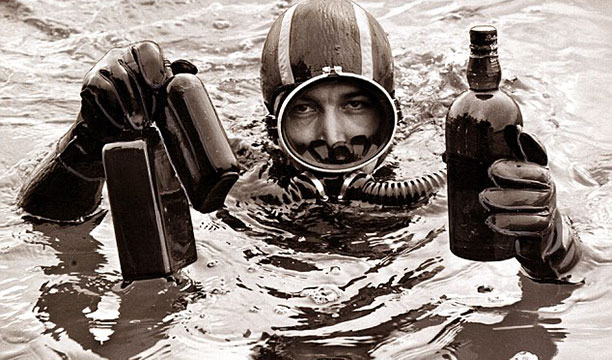 In 2013, two rare bottles of whisky recovered from the sunken 8,000 tonne SS Politician, which inspired the book and film Whisky Galore, headed to auction. The ship was bound for Jamaica ran aground and later sank off the Island of Eriskat in the Outer Hebrides in February 1941, with 28,000 cases of malt whisky on-board. The crew members were unharmed, but islanders raided the wreck and hid hundreds of whisky cases from excise officials.

Two bottles salvaged in 1987 by Donald MacPhee when he explored the wreck were sold by Scotch Whisky Auctions in May last year, together fetching £12,050. “Everybody loves the idea of the wily islanders diving to the bottom of the wreck and coming back up with bottles of whisky which they would then hide from the customs,” said Scotch Whisky Auctions director Bill Mackintosh. “But it is true that there are only eight which have been authenticated recently, and these are two of those which were sold at Christie’s some time ago.” 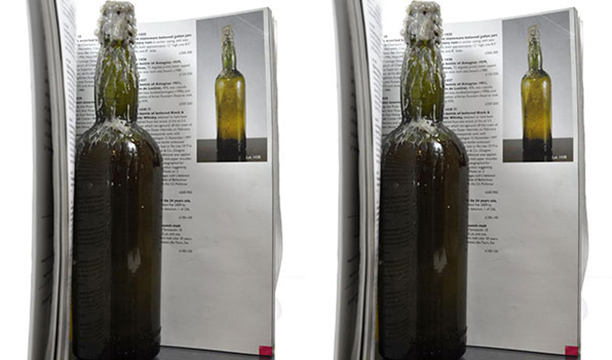 Almost one year later, another historic bottle from the Whisky Galore shipwreck came to light and was sold through Whisky-Online Auctions. Although the whisky bottle’s label was lost in the wreck, experts believed this brand to be Black & White. In 1997, the bottle was discovered by an Islander digging their garden path and was submitted for sale in Christies. It was later sold for £1,300 at Whisky Online Auctions in January last year. 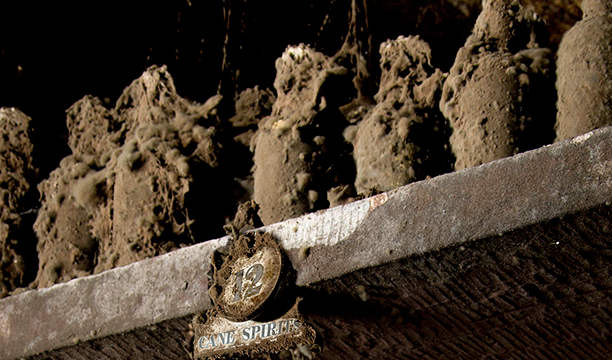 Thought to be the oldest rum ever to sell at auction, this collection dating back to the 1780s was discovered in the cobwebbed cellar of Leeds stately home Harewood House in 2013. All expressions were distilled in Barbados, shipped in barrels to the UK, and bottled at Harewood House. Auctioned at Christie’s, the rum was offered in original mould-blown bottles and replacement tapered corks and re-waxed capsules.

The first 12 bottles in the range sold for over six times its initial estimate, fetching £78,255. The final 16 uncovered bottles were bought for more than 135,000 bringing the combined total of Harewood rum sales to £213,972. Chris Munro, head of Christie’s wine department, said that bottles of the Harewood dark rum achieved “world record prices”, selling for £11,162 each.

“Christie’s is delighted to be offering this rare and unique 1780 rum from Harewood House – the oldest we have ever seen and at 230 years of age, just 14 years younger than Christie’s wine auctions which commenced in 1766,” David Elswood, international director of Christie’s wine in Europe and Asia, said at the time. 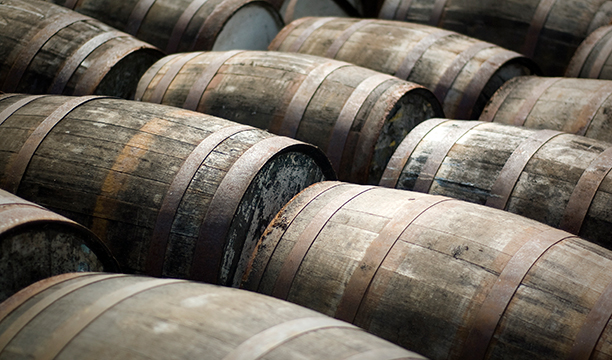 In May this year, it was estimated that sunken British warship the Lord Clive could hold “vast stocks” of rum dating back more than 250 years. The ship, which met its fate off the coast of Uruguay in 1763, was discovered in 2014, but Uruguyan government has only given permission for its recovery this year.

Constructed in Hull for the Royal Navy and previously named HMS Kingston, the vessel was bought in 1762 by the East India Company for use in a military campaign in Spain, but sunk during its crusade. While the contents of the ship are unknown, experts believe it will still contain the gold coins, thousands of litres of rum, 64 bronze cannons and booty the crew had earlier seized from another ship. 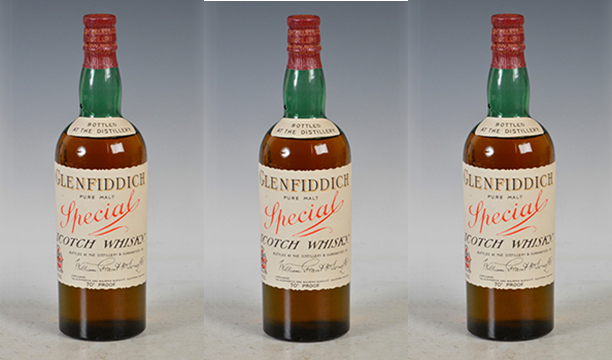 Left forgotten in the cellar of a Scottish mansion for more than 60 year, 14 bottles of Glenfiddich Pure Special Malt were discovered earlier this year. The bottles, some of which were still wrapped in their original tissue paper, were valued between £600 and £800 each and estimated to fetch £10,000 at auction.

However, when the bottles went under the hammer they smashed the estimates and were bought for a total of £17,000. Speaking to The Courier newspaper, Lindsay Burns & Company’s auctioneer Nicky Burns said of the bottles: “They are rare survivors, they come from the 50s when Glenfiddich was one of the few malts available.” 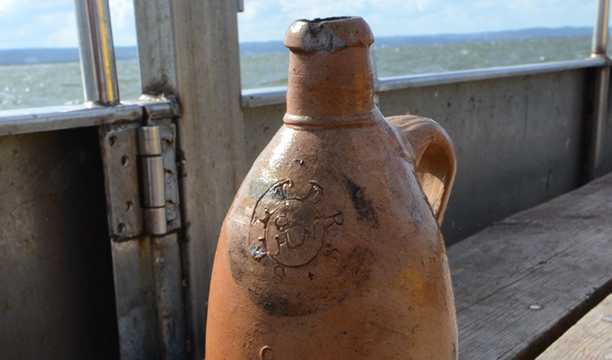 Salvaged from a shipwreck that has lay at the bottom of the Baltic Sea near the Polish coast for 200 years, this “well preserved” stone bottle is thought to contain either vodka or gin. The bottle was discovered in June this year by researchers exploring the F-53-31 shipwreck in Gdańsk Bay. Preliminary results showed that it contained alcohol distillate of 14% abv, thought to be either vodka or gin – possibly genever – diluted with water.

According to reports by CBS News, archaeologists involved told Poland’s Ministry of Science and Science Education that the liquid is safe to drink. “The bottle dates back to the period of 1806-1830 and has been recovered during the works on the F53.31 shipwreck, or the so-called Glazik,” said Tomasz Bednarz, an underwater archaeologist at the National Maritime Museum. 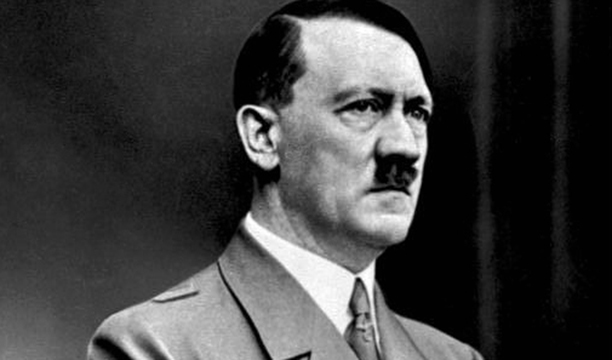 Earlier this year a stash of pre-World War Two Cognac was discovered and thought to belong to one of the world’s most infamous dictators – Adolph Hitler. The stocks were found in a complex of cellars underneath the gardens of a restaurant based in the grounds of the grand Moritzburg Palace, in Dresden, Germany, along with bottles of Champagne, cigarettes, cheese, chocolate and salami.

It is thought the Hitler had sought to protect the valuable bottles from Allied air raids in Berlin. “At the end of 1944 Adolf Hitler had his household food and drink stores moved to my cellar by his steward Kannegiesser, as they were not safe because of air raids on Berlin,” Stelzer told Bild newspaper. “Nothing remained of the food and consumables. After May 8, 1945, Russian troops looted everything,” he said. 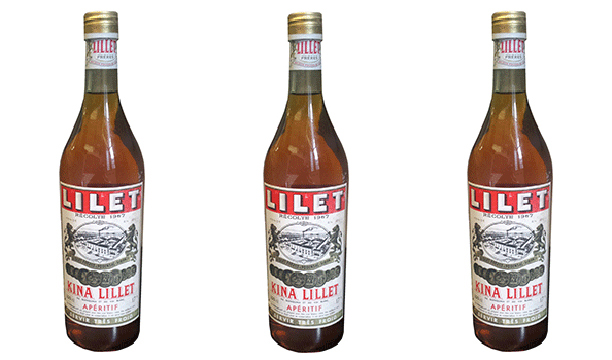 Aperitif brand Lillet was surprised to discover a vintage bottle of Kina Lillet from 1967 among its stocks earlier this year. The bottling – one of the last from the brand during the period – has now become a permanent artefact in The Museum of the American Cocktail’s Lost Spirits exhibition in New Orleans. The word ‘kina’ had become common among aperitif brands as a word to reinforce its quinine content. However, in the early 1970s, Maison Lillet removed Kina from the brand name claiming it “was no longer relevant for the times”.

“We were astonished when this vintage Kina Lillet bottle from 1967 was found,” commented Laurence Cost, Lillet brand manager. “As one of the last known bottles in existence, it is serendipitous that the Museum of American Cocktail was opening within the Southern Food & Beverage Museum.” 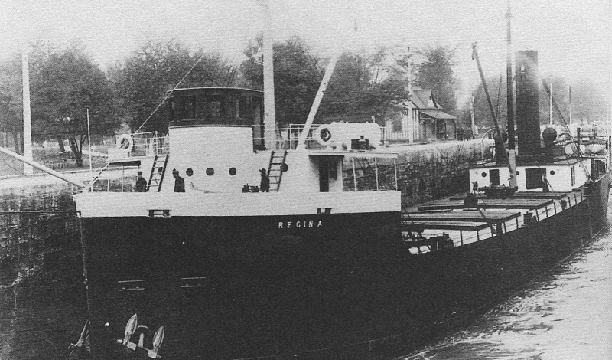 Initially Pulled from the wreck of Canadian steamer SS Regina completely in-tact in 1986, bottles of Scotch whisky and Champagne dating back more than 100 years were auctioned in the US in 2013. They had been trapped in the vessel, which sank on in the Great Lakes between Michigan and Ontario, since 1913. It is thought the steamer encountered difficulty during the infamous three-day 1913 snowstorm across the expanse, which resulted in the death of more than 250 sailors.

Among the submerged bounty were three bottles of Whyte & Mackay and two bottles of Dewar’s Scotch whisky, along with 20 bottles of champagne from G.H. Mumm and Co. and Clicquot. It is not thought the bottles were fit for consumption.