The futuristic trend of robot bartenders has dominated headlines over the past year, with the phenomenon spreading across the UK and US. Here are the world’s coolest mixology AIs.

Exceptional strides have been made in the realm of bartending technology and gadgets in recent years, but non are more impressive than the so-called “robot bartender”.

As standards in bartending continue to rise, there is a greater need for bartenders to provide quick and attentive customer service. As such, entrepreneurs have tapped into a niche demand for appliances that can aid this process.

Furthermore, as the trend of home-made cocktails increases, such machines allow consumers to easily and accurately create their favourite serves at the touch of a button.

But questions over the relevance of such machines abound, with many critics claiming they detract from the skill of trained mixologists, and produce inferior drinks.

Nevertheless, the past year has seen an influx in robot bartenders, with a number of crowd-funded prototypes launching, the creation of a “bionic bar” on-baord a luxury cruise ship, and even a machine that mixes and then levitates cocktail droplets.

Click through the following pages to discover which are the world’s coolest bartending robots. If you think we’ve missed any out, let us know by leaving a comment below. 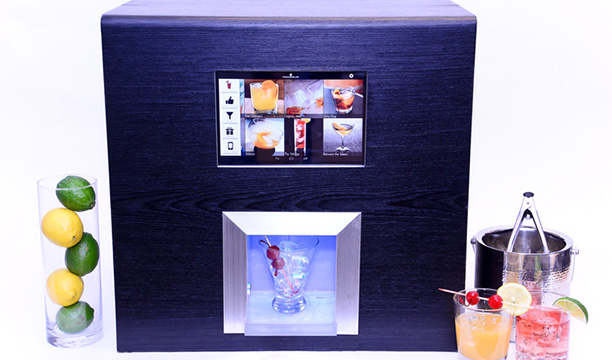 Monsieur, an artificially intelligent robotic bartender, was first unveiled in the US in January last year following a successful crowd funding bid by its creator.

The device, described as an “intelligent cocktail vending machine”, is able to dispense up to 25 cocktails while choosing the perfect option for users according to their personal preferences.

Furthermore, when cocktail ingredients run out, the machine can email or text a local store to order more. It also has the ability to make drinks to order remotely via Bluetooth, wifi and Zigbee.

The prototype for Monsieur was given a significant funding boost by a string of investors, including NBA star Glen Davis, NFL player Derrick Morgan, Base Ventures, Paul Judge, TechSquare Labs and BIP Capital, meaning it could be launched in the US on-trade later this year. 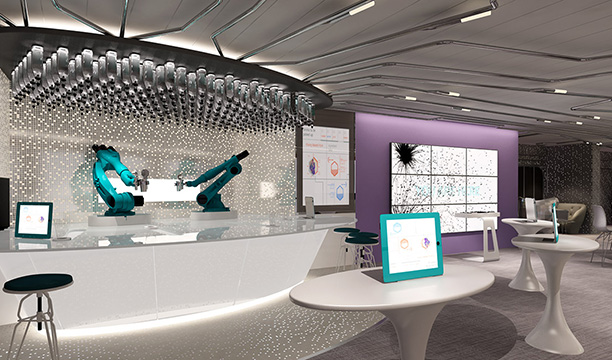 Travellers on the Quantum and Anthem of the Seas ships are able to order their drinks by tablets, which are then be served by robotic arms.

In an environment where mixology and technology coincide, robotic arms, powdered by Makr Shakr, work in perfect synchronisation to assemble drinks with exact precision. 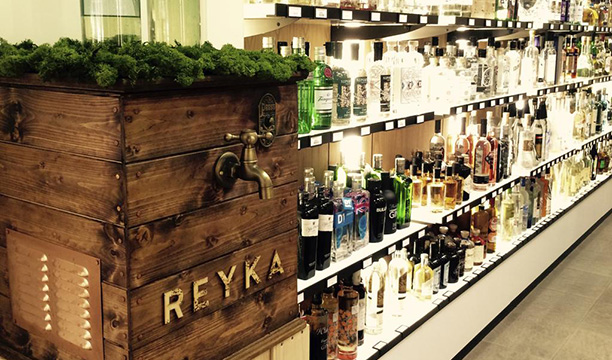 The robotic contraption, set to be launched in the UK later this year, is filled with Reyka vodka, vermouth and limited edition Reyka bitters to create Martinis at the touch of a button.

The ingredients are combined and pumped through flash coolers that chill the liquid down to -18 degrees Celsius, before neatly dispensing it from a brass tap into a martini glass. 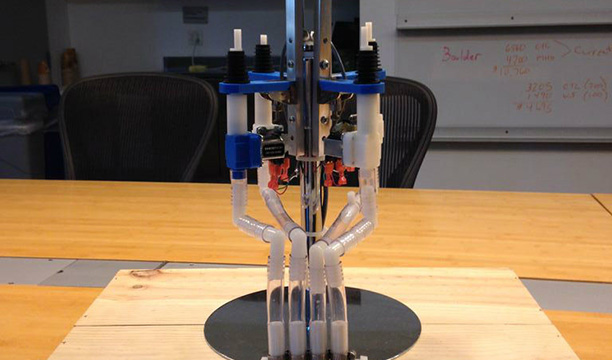 Said to be the world’s first commercial bartending robot, the Butler3000 was created by Florida-based designer Rick Valez and launched in the US in August last year.

Said to have been “created by bartenders, for bartenders”, the machine has a streamlined design meant for industrial use and easy cleaning.

“The machine has been used at events with real bartenders, and the bartenders are bored,” said Valez. “Guests would rather choose from over a dozen cocktails to pour their own perfectly-measured beverage.” 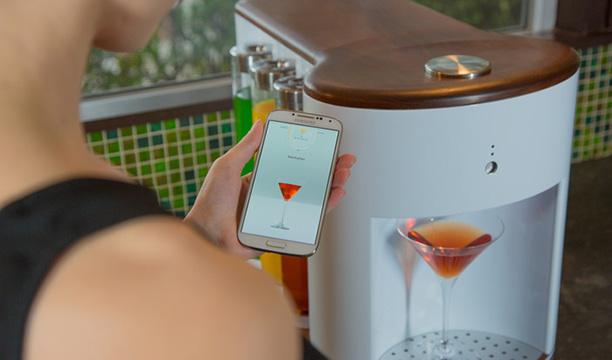 Another robot bartender seeking crowd funding on Kickstarter is Somobar, an app-controlled bartending appliance that takes five seconds to created your preferred cocktail.

Six pods attached to the machine can be filled with your favourite ingredients, which can then be mixed to create up to 300 different cocktails. Somobar designers have also created a proprietary static mixing technology to ensure your cocktail is thoroughly mixed before it is dispensed into your glass.

Somobar’s app also includes drinks suggestions based on ingredients, the ability to make cocktails strong or weak, and an inventory tracking function. Founders are hoping to launch Somobar at the end of this year. 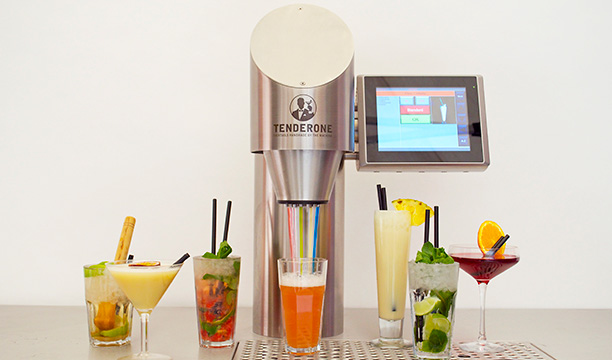 AI mixologist TenderOne also claims to have the ability to create a choice of 200 bespoke cocktails at lightening speed, and with incredible precision.

Spirits and mixers are dispensed into a shaker separately through different lines and a touch screen computer provides photos and finishing instructions.

Launched in the UK last year following success in German and Holland, the machine can be built into a bar used as a stand alone at festivals and trade fairs. 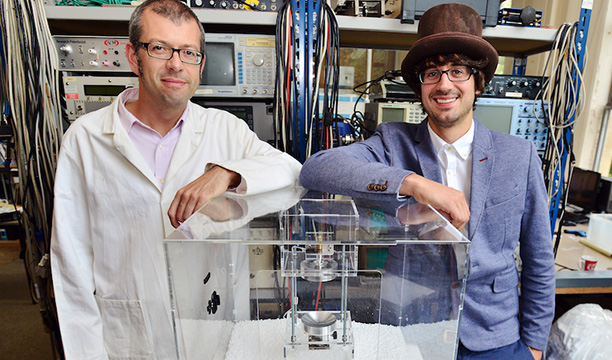 Certainly one of the most creative inventions included on this list, the Levitron takes the robot bartender to another level by using sound waves to levitate droplets of alcohol drinkers can then lick out of the air.

So-far, the machine has created a levitating gin and tonic and a levitating Bloody May. It was created by Charlie Harry Francis, founder of experimental events company Lick Me I’m Delicious, in collaboration with Professor Bruce Drinkwater of Bristol University.

At a steep £30,000, the Levitron is the first step in a wider project to create contactless cutlery, which could lead to floating roast dinners.

This may not be the most high-tech machine included on this list, but Crawley’s Imperial Cocktail Shaking Machine certainly is cool, and demonstrates how other robot bartenders have come into being.

Re-created by bartender and entrepreneur Jason Crawley, general manager at the Drinks Cabinet, the machine was designed according to a 200-year-old Victorian drawing.

Users simply crank the handle on the front of the contraption and the shakers inside move up and down and side to side to mix your cocktail ingredients. The gadget was shortlisted for the Best New Bar Product Spirited Award at last year’s Tales of the Cocktail. 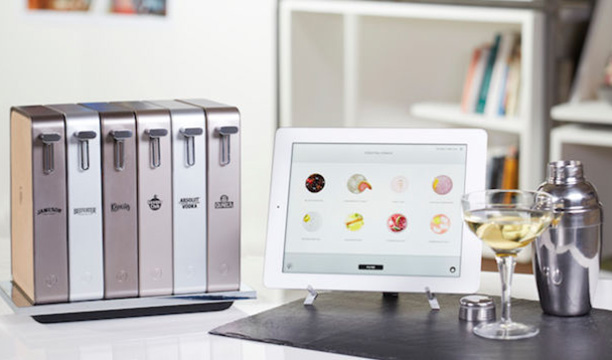 The appliance, named Project Gutenberg, was created as part of Pernod Ricard’s innovation programme with the aim of revolutionising the “bar at home” concept.

With an image as a “container of books”, each of which contains a sealed bottle of spirits, the prototype links to a smartphone app which offers a series of tutorials about mixology, including recipes and personalised offers.