From humble beginnings in Scotland, Johnnie Walker has journeyed to dominate the global whisky market and become the world’s best selling Scotch.

“Johnnie Walker Black. Breakfast of Champions. Accept no substitute,” declared the late writer and columnist Christopher Hitchens in 2009 when asked about his favourite whisky. Like others, he never travelled without a bottle in his suitcase – aware that it’s still a form of currency in many countries and can get you out of all sorts of trouble. Aside from that, Johnnie Walker is not just the number one Scotch whisky, and has been since the mid-1960s, it is now the most valuable premium spirit brand on the planet (Impact Databank).

The famous strapline of “Born 1820 – still going strong” is one of those myths that through endless repetition has morphed into fact. It may have been when Johnnie Walker opened his grocery shop in Kilmarnock aged 15, but the whiskies came later. In fact it was not until after his death in 1857, that his son Alexander Walker produced the first blend, Walker’s Old Highland, which eventually evolved into Red and Black Label in 1909. There was also a White Label until Dewar’s complained a few years later.

The decision to register the brands by colour proved a stroke of genius. It was the start of a family of now six expressions ending with Platinum, which whisky drinkers could embrace on their life’s journey from Red to Black and beyond. The whisky already came in its patented square bottle with a slanting label and in 1908 acquired its curious icon.

The striding man, which the cartoonist Tom Browne first sketched on a napkin over lunch, may have been more lion tamer than Scottish grocer, but Diageo’s Nick Morgan calls it “a remarkable symbol of intent” and “a real expression of a global vision that was nothing to do with Scotland”. In a sea of tartan and heather, Johnnie Walker stood out, and by 1920 was in 120 foreign markets before Coca Cola had even crossed the Atlantic.

Red Label was originally sold as a nine-year-old for mixing with soda, while its big brother has always been 12. Age statements were abandoned due to whisky shortages after World War II, but were restored to Black Label in the late 1970s, a decade after Johnnie Walker became the world’s most popular Scotch. It was not until 2000 that Black Label squeezed past its arch rival, Chivas Regal, which was then in limbo awaiting approval by US authorities for the Seagram sale – a year before was a real milestone in the brand’s history.

On 8 June 1999, the global brand executive board of Johnnie Walker met for the first time. Up to that point Johnnie Walker was controlled by a handful of regional “chieftains” and promoted through seven separate advertising campaigns. It was time to bring the whole thing under one roof and give Johnnie Walker the co-ordinated strategy it deserved. Had this been Hollywood, the meeting would have happened in some corporate HQ in Manhattan or a secret Caribbean hideaway. Instead it was Croydon.

Yet it gave birth to the £100m Keep Walking campaign whose core message was to “inspire men to progress”, explains the then brand manager, Stephen Morley. “It’s a testament to brilliant marketing to be able to take inspiration from something that’s so wound up in the brand,” says Morgan, who believes it has kept pace with people’s changing definition of “progress”. From Harvey Keitel overcoming stage fright to Roberto Baggio missing a World Cup penalty, the ads have developed a more rounded, human aspect.

“Keep Walking exists at its best at a local level in a way that’s very sensitive to local issues and cultural concerns,” Morgan continues. “I think that’s actually been the brilliance of the campaign, particularly in the last five years.” Without that sensitivity, it would have surely failed in its attempt to impose a “one size fits all” solution.

From 11.4m case sales in 2003, Johnnie Walker broke the 20m barrier last year. It got there through a mix of expansion into new markets, innovation and the global surge in premium spirits. From the BRIC markets it has spread deeper into Latin America and the Caribbean, across Eastern Europe and into Turkey, and now, especially with Red Label, into Africa. Emerging markets accounted for 80% of Johnnie Walker’s growth last year. If, and when, Indian tariffs come down, the latent demand for Black Label could drain the brand’s stocks in one gulp.

The latest “emerging market” is Britain, where a whole generation has been denied Red Label since DCL pulled the brand in 1977 to avoid parallel imports from Europe. Until it was re-launched with a £7.2m campaign last autumn, it existed in a twilight zone of ethnic off-licences and duty free. If Johnnie Walker can grow 14% in a blended Scotch market as mature as the US last year, it will be fascinating to see what it can achieve back home. In China and now Korea, its indulgent parents have invested in three Johnnie Walker Houses – glorified brand embassies where the locals can be immersed in Scotch whisky culture.

Success is largely due to the affection lavished on JW by Diageo. “It is the life blood of Diageo,” says Richard Paterson, master blender at Whyte & Mackay. “If Johnnie Walker was to stumble badly, the whole company would start to crack.”

Jonathan Driver was head of the Classic Malts when threatened with the sack if his whiskies took one case in sales off Black Label. He suspects his bosses were only half joking. Nothing stands in Johnnie’s way.

Click through the following pages to see the timeline of Johnnie Walker’s brand history. 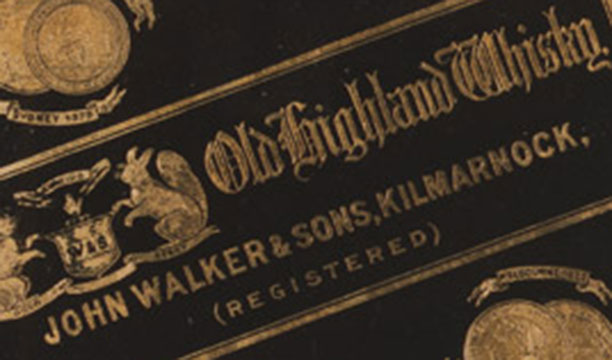 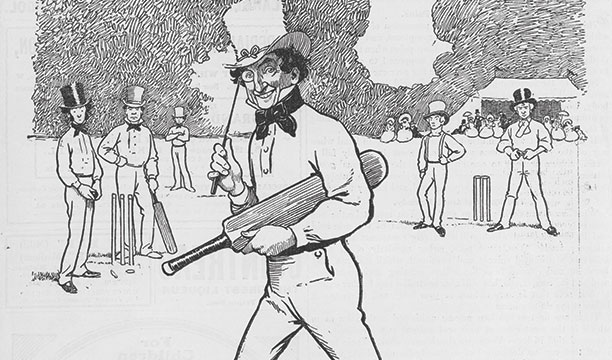 The brand re-registered as Johnnie Walker Black Label, the striding man logo devised, and the launch of Red Label. 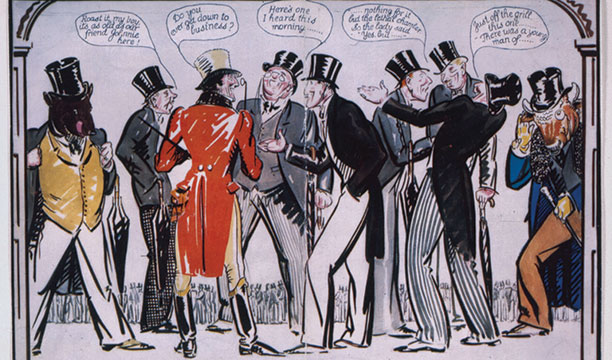 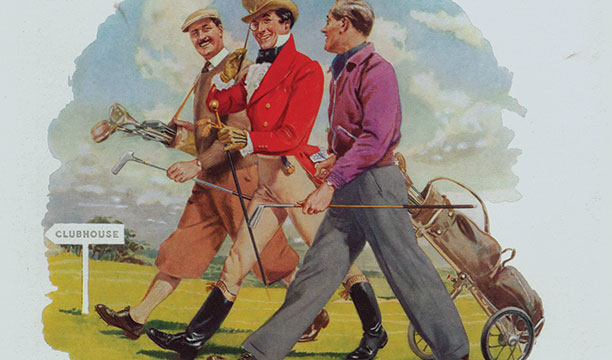 The brand becomes the biggest selling Scotch whisky in the world 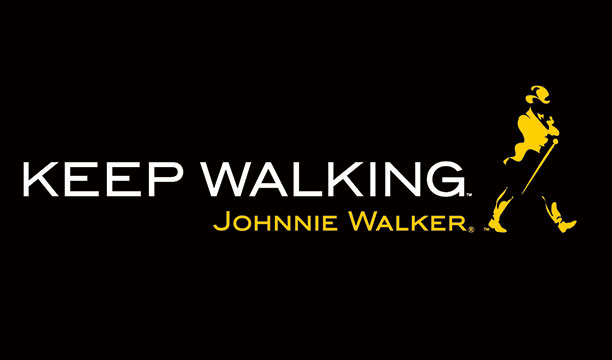 The launch of Keep Walking campaign. 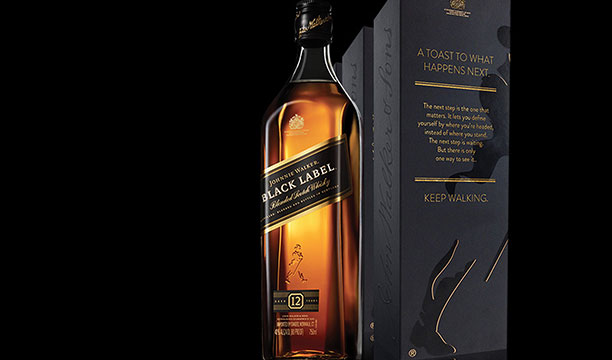 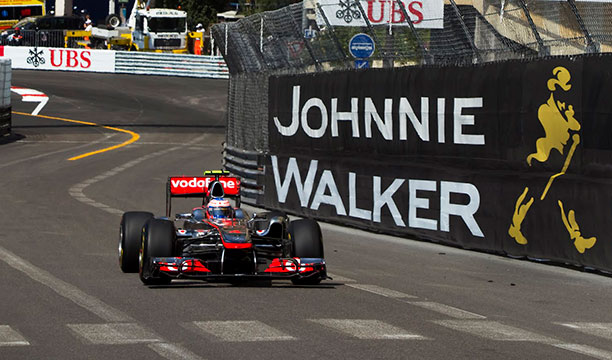 Johnnie Walker begins its sponsorship of Formula One racing 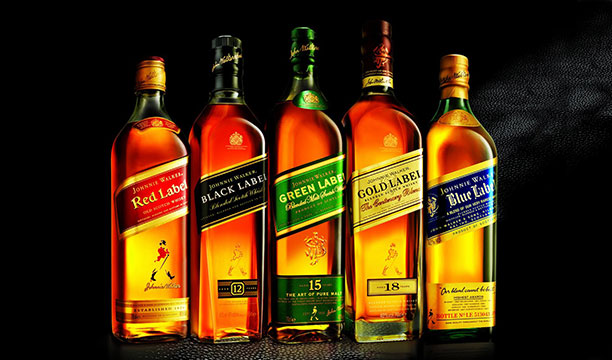