Moscow-based StudioIn has created the new bottle design as part of a critical social comment, writing on its website that “the main tool of democracy is a bomb”.

The bottles are shaped like bombs and contained in a secure-looking suitcase, drawing similarities to cases used for real weapons.

A small shot glass is also contained in the set, symbolising a red detonation button.

The website of StudioIn reads, “There are two varieties of vodka in the set – pink and orange and they symbolise two well-known revolutions,” indicating the “colour revolutions” of Kyrgyzstan and Ukraine.

“Taking this virtual bomb from its creative depot StudioIn is making a call for people to “switch on” their brain and open their eyes,” says the website.

As reported in The Spirits Business this week, Russian vodka has been thrown into political controversy as retailers boycott the product in protest the country’s bid to seize Crimea from the Ukraine. 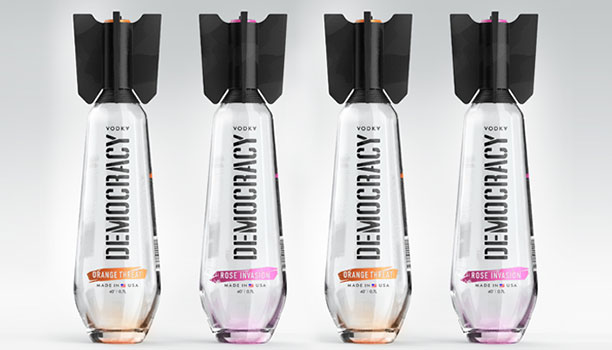