Expansion and innovation have been the dominating trends in this month’s Top 10 spirit launches, with most releases coming from the US.

In the Top 10 spirit launches in March, a raft of companies have been spotting gaps in the market with new flavour innovations, as well as latching onto market trends and targeting specific drinkers to expand their audiences.

There have been several US releases this month, from Three Olives teaming up with the Estate of Marilyn Monroe for a limited edition strawberry vodka, to Pernod Ricard’s first foray into the craft spirits arena with Pike Creek.

After noticing a need for innovation in the market, Peligroso created the world’s first cinnamon Tequila, while Bacardi jumped on the flavoured whisky bandwagon with Dewar’s Highlander Honey.

Companies have also been targeting the sexes with Diageo releasing a range of “skinny flavoured vodka” aimed at women, and Langley’s designed No 8 Gin to attract sophisticated males.

Have we missed any out? Is there a spirit we haven’t listed here but should have? Let us know by leaving a comment below. 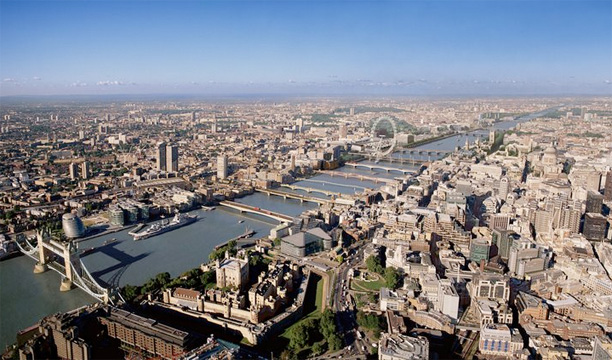 This new low-calorie range of “skinny spirits” consists of three flavours so far: Raspberry Pomegranate, Mango Passionfruit and Lemon. According to Diageo each drink contains 78 calories – 25% less than other dessert-inspired flavoured vodkas on the market, such as Beam’s Skinnygirl vodka and Voli Light. “Smirnoff Sorbet Light is the next flavor experience for those women who strive to lead a balanced lifestyle, but never at the expense of delicious cocktails,” said Sandhya Padmanabhan, brand manager for Smirnoff. The range is available across the US, where both low-calorie drinks and flavoured vodkas are booming, for $15.99 per 750ml bottle.

Find out how Smirnoff Sorbet Light was inspired here. 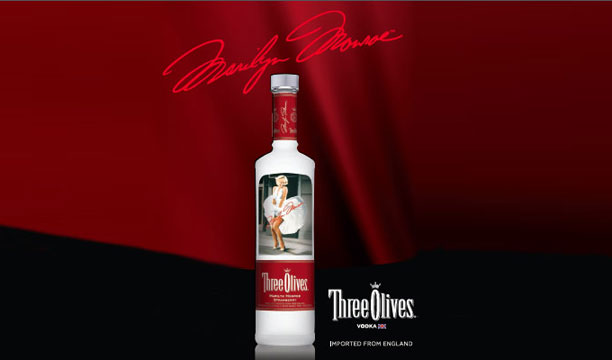 Available in the US, this limited edition strawberry-flavoured vodka was the result of Three Olives’ partnership with the Estate of Marilyn Monroe. Three Olives’ Marilyn Monroe Strawberry Vodka is described by the brand’s US importer Proximo Spirits as being “symbolic to Marilyn’s sweet, flirty, luscious and sultry personality”. Described as tasting like strawberries with a hint of cream, the new flavour joins Three Olives’ existing extensive range with an RRP of US$21 per 750ml.

Find out which other celebrity Three Olives partnered up with here 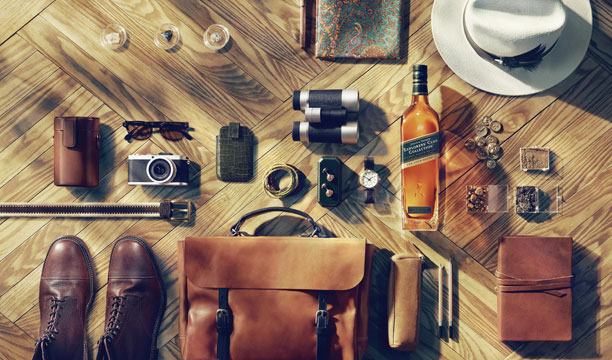 The Gold Route is Diageo’s second release in the brand’s exclusive travel retail Explorer’s Club Collection, which is “inspired by tales of rich travel adventures”. This expression takes its inspiration from the journeys made by the Walker family through central America through the Andean Mountains and down into Latin America. Master blender Jim Beveridge describes the blend as delivering an “exotic mix of bananas, mangio and pitaya,” with a taste of “pineapples, guava, passionfruit and raisins, all balanced perfectly by deep charred peaty notes in keeping with the signature smoky Johnnie Walker flavour”. The blend, priced at US$95, follows The Spice Road released in December last year and proceeds the unveiling of The Royal Route in May/June this year.

For more about The Gold Route release click here 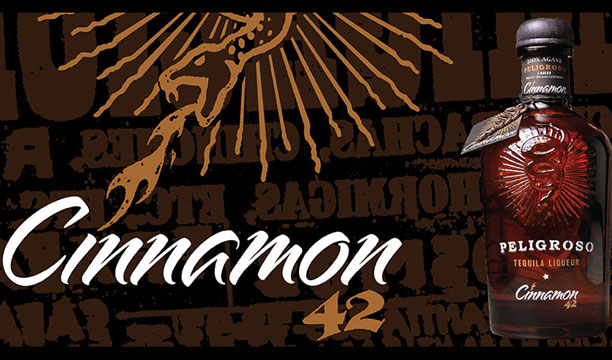 This is the world’s first cinnamon flavoured Tequila, and the first flavoured Tequila expression from California-based Peligroso who noticed demand for innovation within the category. Peligroso Cinnamon Tequila is a blend of 42% abv Tequila, natural cinnamon and other secret ingredients, described as having a savoury and warm flavour that leaves “some sweet heat” on the finish. Peligroso Cinnamon was launched in key States in the US including California and Nevada, with additional markets to follow. 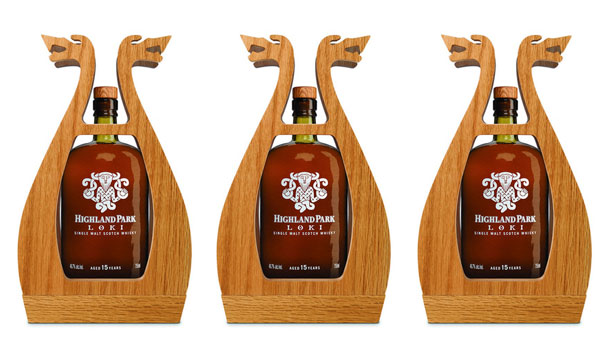 This 15-year-old single malt is the second expression in Highland Park’s Valhalla Collection after the release of Thor in 2012. Taking inspiration from the Norse gods, the whisky is named after Thor’s brother, a god known for his mischief and treachery. Loki was aged in traditional Spanish sherry casks as well as heavily peated casks and bottled at 48.7% abv, giving the whisky a sweet, spicy and smoky flavour. Loki is available in limited quantities in specialist retailers and at the Highland Park visitors centre, carrying an RRP of £130 in the UK and US$249 in the US.

Langley’s Distillery in Birmingham, UK, launched this small-batch gin aimed specifically at “sophisticated male” gin drinkers. Langley’s No. 8 is a 41.7% abv gin distilled from 100% English grain spirit using eight secret botanicals, and has been designed both in flavour and branding to appeal to a male audience. Brand owner Charter Brands believes the number of gins in the UK targeting a male audience is still relatively small. Langley’s No. 8 carries an RRP of £30 per 750ml bottle and is available in specialist drinks retailers.

Find out how Langley’s No 8 Gin was developed here 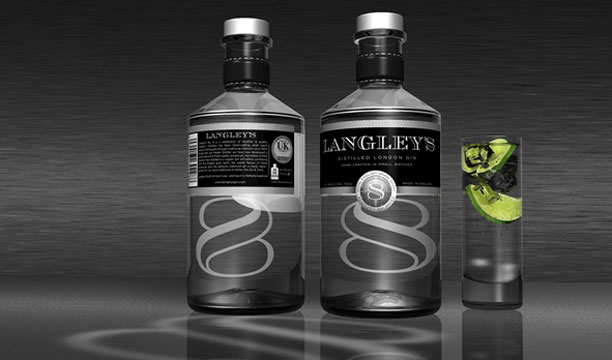 Tomatin Distillery released a new ageless single malt Scotch, Tomatin Legacy, to permanently join the brand’s portfolio. An entry-level product with an RRP of just £25.99, Tomatin Legacy is matured in a combination of ex-Bourbon barrels and virgin oak casks and bottled at 43% abv to give it a “light, lemon sherbet sweetness with a hint of vanilla and sponge cake”. The worldwide launch of this new addition to the Highland distillery’s range was supported by a series of competitions on the brand’s Instagram, YouTube, Facebook and Twitter pages called ‘What’s Your Legacy?’ It joins Tomatin 12-year-old (£31.99), 15-year-old (£42.99) and 18-year-old (£53.99) in the brand’s core portfolio. 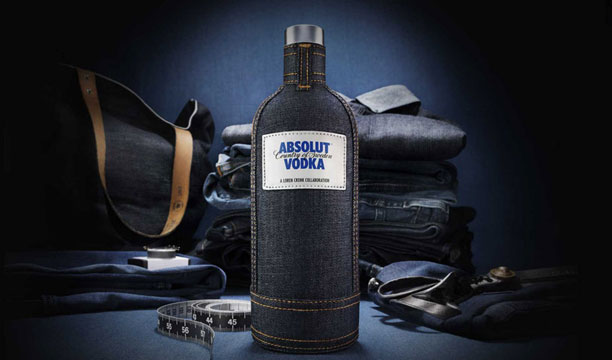 Absolut was wrapped in skintight denim with a bottle designed by fashion designer Loren Cronk for this limited edition release. The skin is designed to have a preserving capacity, keeping the vodka cold for up to two hours. The denim is printed with a QR code, which when scanned with an iPhone takes the user to the Absolut Drinkspiration website where they can download an app full of cocktail recipes. Anders Olsson, director of The Absolut Company Global Travel Retail, said: “Exciting creative collaborations have always been a core source of energy for Absolut in our constant strives to enter new dimensions in our brand evolution.” Absolut Denim launched in Changi International Airport, Singapore, and is now available worldwide until July.

Learn more about the designer of the Absolut Denim bottle here 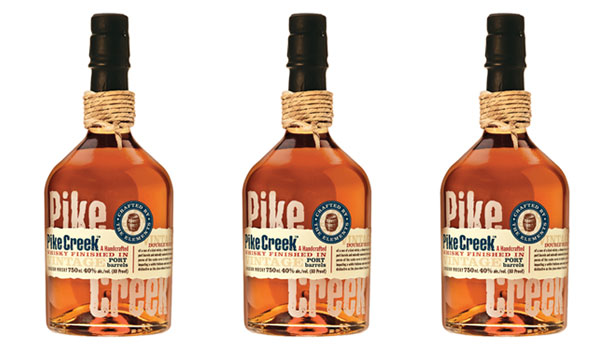 Pernod Ricard entered the craft whisky category with the launch of Pike Creek, a small batch Canadian whisky. After spotting the rise in popularity in the market, Pernod Ricard USA produced a blended whisky aged in Bourbon barrels and finished in vintage port casks at warehouses in Pike Creek, Ontario.

Pike Creek is described as having notes of dried fruit, spice and toffee on the nose with flavours of sweet port, vanilla and rye on the palate. Pike Creek is available across key States in the US, including Washington, Oregon, Idaho, Colorado, Texas, Louisiana, Georgia, North Carolina, New York, New Hampshire, at US$31.99 for a 750ml bottle.

Find out more about the growth of premium craft whisky here 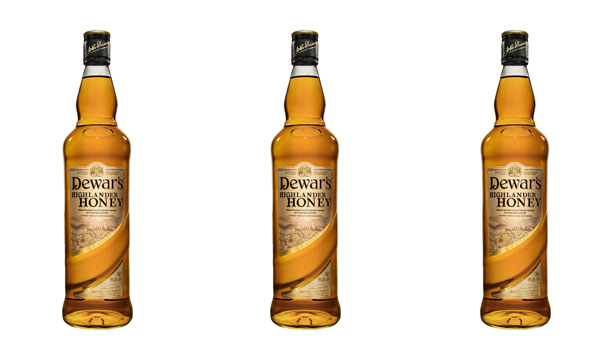 Bacardi released this controversial honey-flavoured Scotch whisky after noticing unparalleled success for the flavoured Bourbon category. Priced at a slight premium to Dewar’s White Label, the honey whisky marks the first foray into the flavoured whiskey category by a Scotch brand, much to the discontent of the Scotch Whisky Association. The honey-infused Dewar’s was launched in the US in a bid to attract young brown spirits drinkers into the brand portfolio. Arvind Krishnan, vice president, brand managing director for Dewar’s said: “Younger consumers are migrating to Bourbon because of all the energy and excitement the flavors have created, and I think Scotch brands can do the same for their category.”

Find out why Dewar’s Highlander Honey is causing such a stir here.