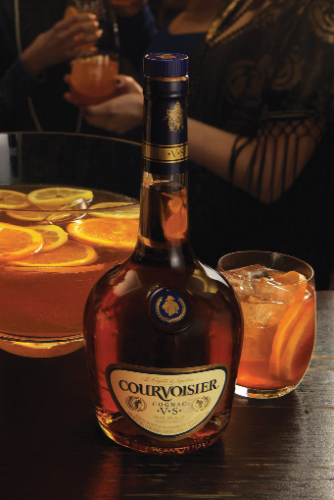 Despite being the fourth largest Cognac brand, Courvoisier achieved double the growth percentage of rivals Rémy Martin, Martell and category leader Hennessy. After suffering a marked slowdown in sales during the economic collapse of late 2008 and 2009, Courvoisier has managed to steadily increase volume year-on-year ever since, and ended 2011 with sales of 1.3m cases.

Despite a strong position in the economically vulnerable countries of Western Europe, Courvoisier has capitalised on a repackaging and a renewed focus on punch in the on-trade to outperform many analysts’ expectations over the past year or two.

Rival Cognac trio Hennessy, Martell and Rémy Martin have also had good years, reflecting the dynamic category growth in Asia in general and China in particular – led by a never-ending appetite for luxury bottlings such as Richard Hennessy and Rémy’s Louis XIII.

McDowell’s No.1 continues to dominate the regional brandy category with 11.7m cases sold – up 2% on 2010. Its nearest rival in terms of volume, Mansion House owned by Tilaknagar Industries, stood at 4.8m cases for the year – a 12% reduction on the brand’s 2010 figures.

Quickly climbing the rankings is United Spirits’ McDowell’s VSOP brand, which in the past year has built its volume by a sweet 111%.