Where does whisky come from?

I’ve been thinking about where whisky came from, so I asked various whisky experts to give their view. Mark Reynier, managing director of Bruichladdich came up with a very unconventional and fascinating insight. So different, I thought I’d share it with you… 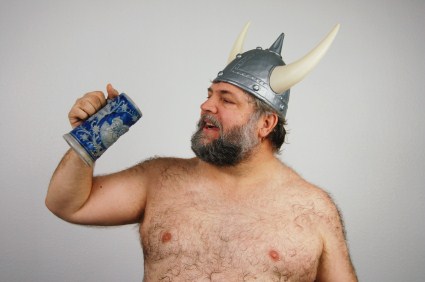 Most authorities say that the first whisky manufacture was by Friar John Cor in 1494-5, at least that’s the first recorded account. The story always trotted out is that Irish missionaries brought the knowledge of distillation to Scotland and that is what you will not find regurgitated in every whisky book.
Here’s an alternative view, right time right place?
The first distillation of Scotch whisky may have been around about six hundred and fifty years earlier than Friar Cor, around 845 AD, courtesy of the arrival of the Vikings.
The Viking Age, however, is generally considered to be from 793 to 1066 though from genetic studies the Vikings are believed to have arrived on the west coast of Scotland earlier, around 400 AD.  The first recorded appearance was when the sea-faring warriors attacked the monastery of Iona on the Isle of Mull (30 miles north of Islay) in 794. And again in 802, and just to be sure, in 806. And there were possibly three more raids after that, but unfortunately there wasn’t anyone left to tell the tale.
The Vikings did not only travel westwards. The Varangians, “sworn people”, with their oaths of fighting loyalty, travelled eastwards. Using the mighty rivers of central Europe – the Volga, the Dniester, the Danube and the Dneiper – through what is now Russia, Belarus and Ukraine, they reached the Black and Caspian Seas, and as far asIstanbul and Baghdad.

By 839, the Byzantine Emperor, Theophilus, used Varangian Vikings as mercenaries. We know from Arab authors that the first attack on Constatinople took place in 860. Basil II even employed Varangians as his own personal bodyguards.
We know the Varangian Guard fought in the Syrian campaigns of 870, 910 and 943 of the Byzantine – Arab wars that started in 780. And Gerber the Arab, recognised as the first person to record the process of alcoholic distillation around the year 800 (we do not know precisely) was inSyria. The grain used was Bere, the precursor to modern barley.

It is an intriguing possibility that these Vikings came in to contact with the new potion – a wonderful, magical, Water of Life?  Pretty useful stuff for a warrior. The Vikings were more or less there at the right time and the right place.

And if they came down the Dneiper, Dniester, Danube and the Volga rivers they could have gone back to Scandinavia the same way. Silk found in Viking York came from this part of the world – why not the knowledge (Gerber) and the wherewithal (Bere) to distil the water of life?

Tantalisingly, a few Bere barley plants recently found in these islands, and which Bruichladdich has helped to propagate, can be traced by DNA, to Norway.

Another clue to this possible eastern origin is the word “Trestarig” (pronounced “trace-arak”). It refers to a triple-distilled spirit first recorded in the Hebrides by Martin Martin in 1695, as far as I can see.  The etymology of the word “Trestarig” is not be entirely Gaelic, but more likely to be a composite word from the Norse and Arabic.

True, ‘Treas’ is Gaelic for ‘triple’, but the Norse ‘trost’, infers ‘protection’. But the second composite is even more intriguing: ‘arig’, pronounced arak. Its origin may be ‘Arak’, the Arabic word for ‘sweat’ – as in the beads of condensed alcohol – used to describe a distilled spirit.  To the pagan Viking, “protection spirit”, three times distilled for purity, may have been the ideal protection from being killed – or from missionaries.

What about the Christian missionaries origin? St Columba arrived in Mull from Ireland in 563, 230 years before alcoholic distillation was discovered. The ecclesiastical grip on alcohol dates from the crusades and the interaction with Islam, and the First Crusade occurred 240 years after the Varangian Vikings were in Syriain 1096.

Surely a bunch of raucous, hell-raising, rebel-rousers were more likely to see the potential of this new discovery rather than t-total Moslems or the pious, party-pooping clergy of celibate, reclusive monks?

Besides, for the men of God ‘the water of life’ must have been an heretical concept.

Just as well the Spanish Inquisition never got to Islay.